One of the West's iconic birds is in trouble 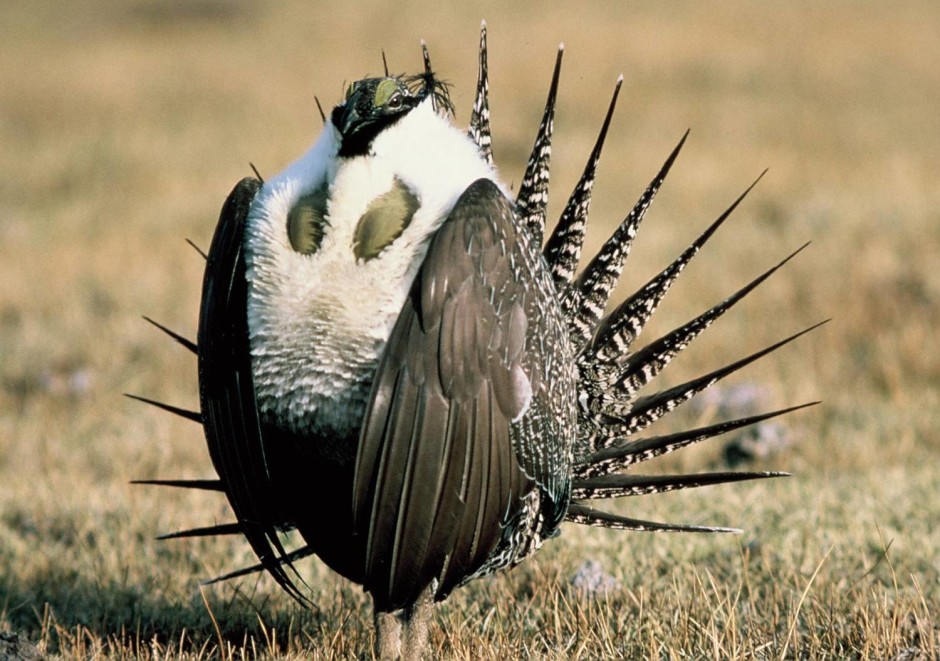 This story originally appeared on NWPR/Earthfix.

The Interior Department has released new recommendations for a plan to protect greater sage grouse. The guidelines will give more leeway to mining, ranching and industry groups. They’ll also change a conservation plan that took years to devise.

Sage grouse are iconic birds in the West — including in Washington, Oregon and Idaho. But their numbers in 11 states have dramatically declined with their loss of habitat.

Some industry groups worried that recent federal and state efforts to keep the chicken-sized birds off the endangered species list were too restrictive and could hurt economic growth.

That’s why Interior Secretary Ryan Zinke ordered an overhaul of the recovery plan — he had asked for a review of the Obama-era plan in June. The new recommendations are more flexible and friendly to development.

The goal, according to a press release, is to “conserve and protect sage-grouse and their habitat while also ensuring conservation efforts do not impede local economic opportunities.”

Zinke sent a memo Monday, directing nine changes to the current plans. One would provide more flexibility for land management decisions, including mineral extraction and grazing. The new recommendations also focus more on population numbers rather than habitat restoration.

The recommendations are a blow to groups that worked for years to come up with compromises to save the sage grouse.

“The flexibility that was built into these plans has created loopholes that this administration intends to exploit for its energy, mineral, and development agenda on our public lands,” said Erik Molvar, executive director of Western Watersheds Project. “The review pinpointed parts of the plan that can immediately be ignored or overturned through backroom deals and new policies, agreements, and staff training. It’s a cynical exercise in how to skirt sage grouse protections.”

Over years, the unlikely group of conservationists, ranchers and biologists had devised plans throughout the birds’ range to protect the most important pieces of remaining habitat.

The entire goal had been to keep the greater sage grouse off the endangered species list. That goal was met in 2015, when the Interior Department decided that state and federal efforts had progressed enough to protect the birds.

The decision was seen by many as a possible path forward for other endangered species candidates — one where voluntary efforts could avoid a listing altogether.

But it wasn’t an all-around success. Some mining, oil and gas, and ranching groups felt the plans were too restrictive. Some environmental groups balked at the decision not to list the birds.

Sage grouse are considered to be an indicator species — improvements to help sage grouse would also help the more than 350 other animals that call the sagebrush home.