Ferguson movie rings true (even if you were there) 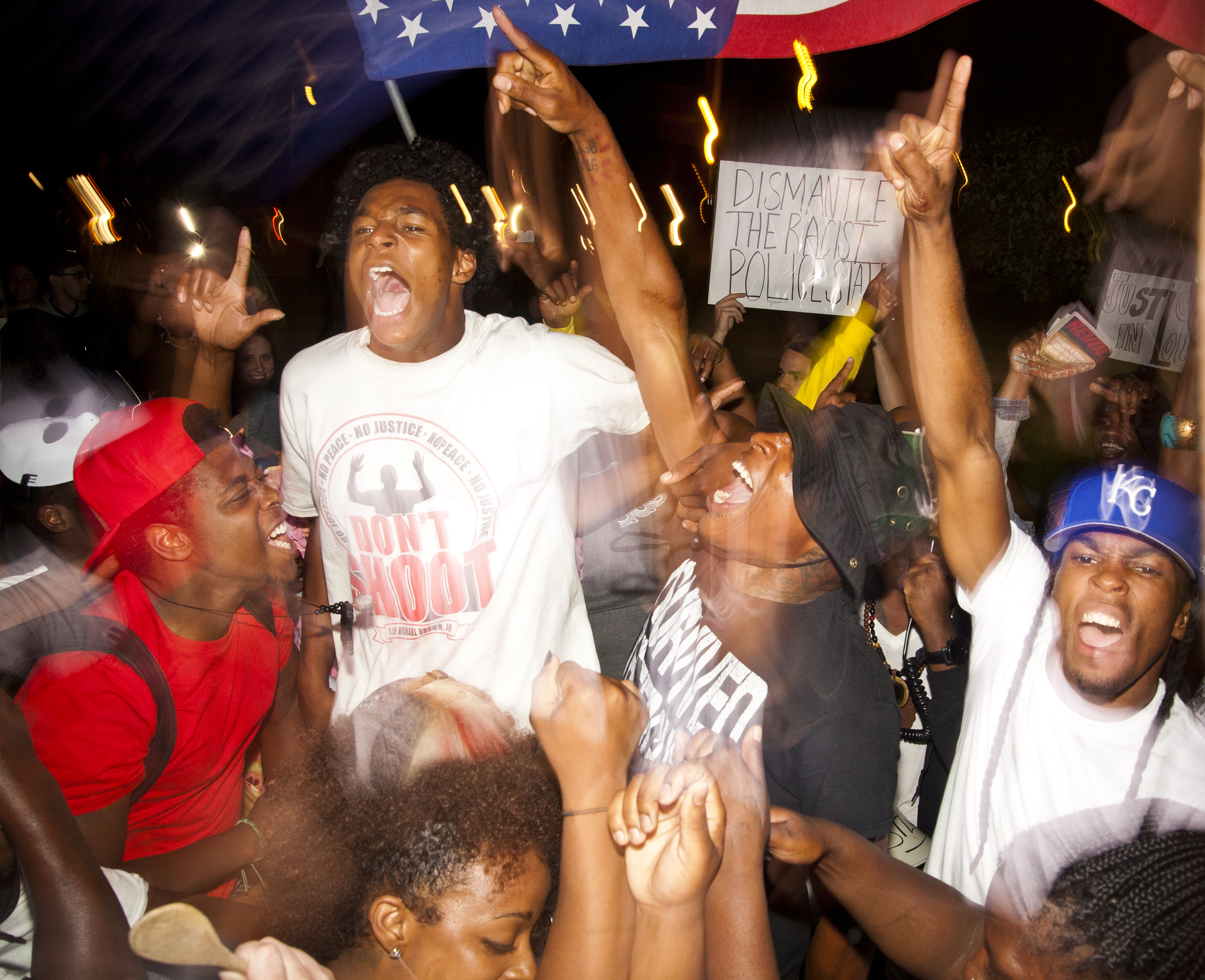 A scene from WHOSE STREETS? Photo courtesy of Magnolia Pictures.

Years before white supremacists marched in Charlottesville, I was moving from Los Angeles to St. Louis. The year was 2014 and I had a somewhat less pessimistic view on the state of race relations in America. After all, at the time a black president held what is arguably the most powerful position in the world. As I drove cross country to the Midwest to begin my work at the St. Louis Post-Dispatch, I wondered whether St. Louis would be as segregated as I had heard. Just how bad could this rust belt city be?

"Whose Streets?” is a new documentary focused on Michael Brown, the black teenager fatally shot by Ferguson police in 2014. The documentary aims to give viewers a behind-the-scenes glimpse of the months-long protests that erupted in Ferguson, Missouri in the aftermath of Brown’s death, which vaulted the Black Lives Matter movement to national prominence. It’s an impressive debut by St. Louis artist and filmmaker Damon Davis and co-director Sabaah Folayan.

As a writer for the St. Louis Post-Dispatch, I reported in Ferguson, a St. Louis suburb, through the uprising that ensued after Brown's death. I had heard rumors that a movie was in the works. I was skeptical. Amidst the chaos, too many, it seemed, were trying to capitalize on a young man’s death. Davis and Folayan, however, are themselves activists; one viewing of the movie makes that clear. In a statement about the film, Davis and Folayan explain why they decided to make it in the first place. One key reason: The “dehumanization of Mike Brown” and the frequent portrayal of African Americans as one-dimensional thugs  or criminals.

The movie hopes to counter that narrative of dehumanization. Through a striking array of news footage, social media snippets, interviews and, most of all, on-the-ground footage, it succeeds. The film rings true to what many of my former colleagues and I lived through, with characters recognizable to a St. Louis audience including Brother Anthony Shahid, a Muslim who pointedly made a habit of walking around with stuffed animals of dogs — police dogs.

St. Louis, as the film points out in an early scene, is where the historically significant Dred Scott case was first heard. The U.S. Supreme Court eventually took up the landmark case and ruled in 1857 that Scott, a slave who had petitioned for his freedom, was not a U.S. citizen. After quickly reminding viewers of the city’s tight hold on slavery, the film moves on to August 9, 2014, the day police shot and killed Brown. The implication is obvious: St. Louis hasn’t changed much over the decades.

Like many others, I first heard about Brown’s death via Twitter. Social media was key during the Ferguson uprising. Many of those involved in the protests were young and their primary way of communicating with one another and the world was through tweets, photos, and videos. In the film, specific tweets viewed by sometimes dozens, hundreds and even thousands of people flash on the screen. The first is a tweet by @TheePharoah: I JUST SAW SOMEONE DIE OMFG.  @TheePharoah is referring to Brown.

Zeroing in on the kind of inhumanity African Americans endure on a daily basis, a shot of Brown’s mother, who cries out about her son being left on the street to bleed for hours, is featured next. The main goal of the film is achieved by juxtaposing scenes like this with portrayals of ordinary black families. A black lesbian couple, for example. One of the unlikely heroines of the film is Brittany Ferrell, a nursing student and a single mother. The movie includes her modern day love story. Ferrell meets her future wife, Alexis Templeton, during the upheaval in Ferguson. Protesters marching in the streets with signs and chanting fight songs, sometimes blocking traffic — I vividly remember images like these.  But watching the film, I was most affected by the most unremarkable scenes — black mothers and fathers playing with their children — which made me realize how little of this I typically see on the big screen.

Throughout, the film amplifies pictures and words the directors wished others — namely, the mainstream media — would have paid more attention to. “Remember you all stood for this,” shouts one woman to the police. “I don’t want you all killing my child because she walked out the door.” Snapshots of police looking like soldiers at war with rifles and tanks in the streets appear. “This is not Iraq. This is St. Louis,” another woman lectures the police. “You guys are the aggressors.” At the same time, filmmakers Davis and Folayan acknowledge neither Brown nor the protesters were perfect. Footage of looting and Brown’s alleged convenience store theft is also included in the film.

"Whose Streets?" ends on a hopeful note. Regarding black liberation, Ferrell acknowledges she “might not ever live to see what that really looks like.” But she and others know the life-lasting bonds they've already formed and that the next generation will continue to fight. Ferrell’s own daughter chants: “We have nothing to lose but our chains.” "Whose Streets?" could have made more obvious choices in who it decided to feature: Deray Mckesson, for example, who is perhaps the most well-known of Ferguson protesters. But it didn't, and that's all the more reason to see it.