You look new. Would you like to be our mayor? 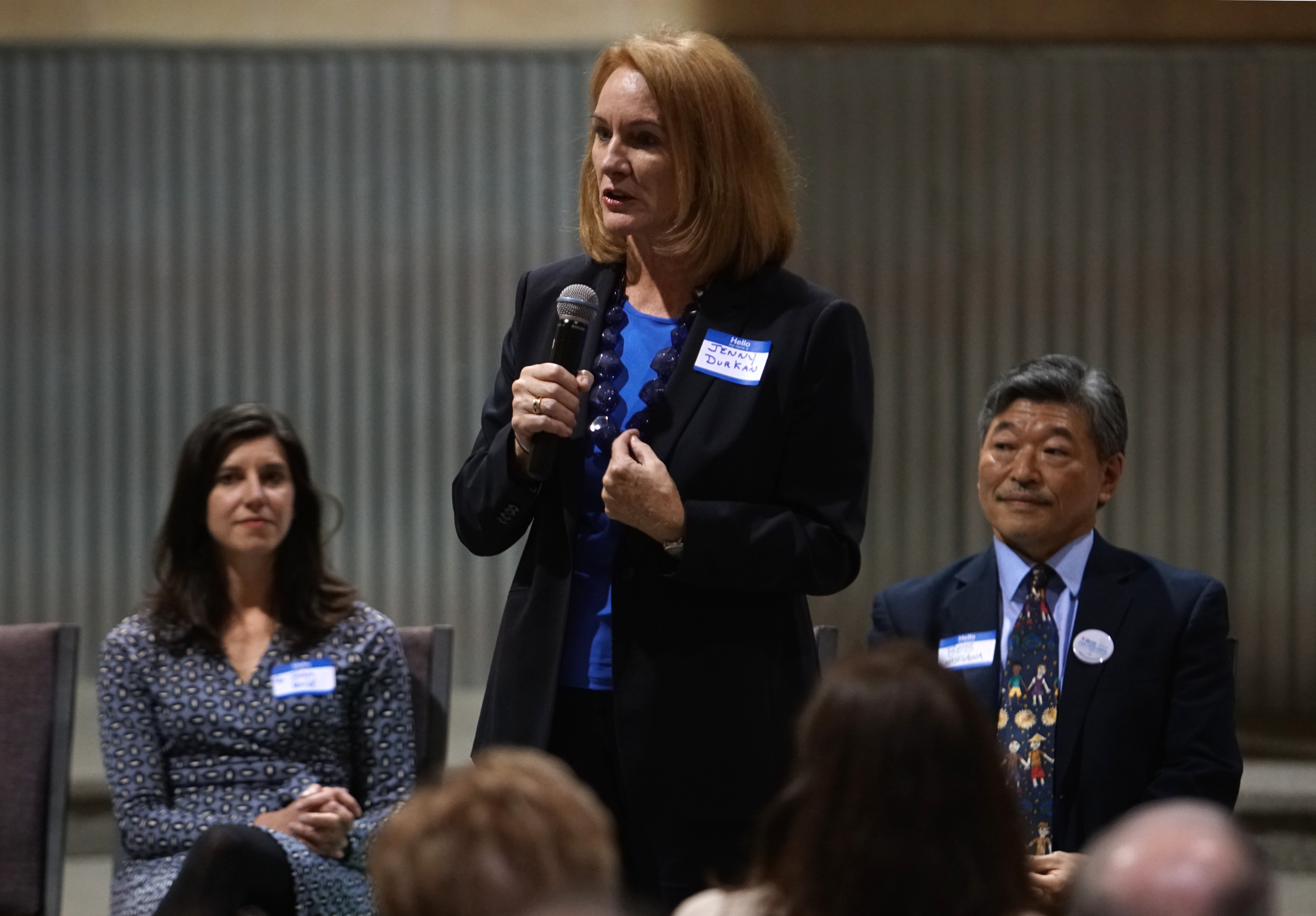 Something seems to be shifting in Seattle's sense of what it wants in a mayor.

Yes, the gender thing is the most obvious. In the recent mayoral primary, the top three finishers were all women, guaranteeing that we will have a female mayor for the first time since 1928.

But the top three also have something else in common: None of them — not Jenny Durkan, Cary Moon or Nikkita Oliver — has held public elective office before.

That’s particularly interesting in the light of the fact that of the top six vote-getters in the Aug. 1 primary, the bottom three — Jessyn Farrell, Bob Hasegawa and Mike McGinn — all had elective experience in the Legislature or, in McGinn’s case, as a former mayor. A big irony is that running as an outsider/activist brought McGinn his win in 2009. This time, his experience seems to have dragged him down. But he clearly wasn’t alone.

Seattle is looking for fresh faces, and broadening what it’s willing to consider on the mayoral résumé. Experience in some kind of office used to be almost mandatory. Only one of the six elected mayors prior to McGinn had not held elective office before taking a seat in City Hall, either in the state legislature, on the city or county council, or the port commission.

The outlier was Charles Royer, who was a TV commentator. Royer’s fresh face proved to be popular — he’s the only mayor to have served three consecutive four-year terms — but generally voters have turned to more establishment males.

Jenny Durkan is a lawyer who has served for U.S. Attorney for Western Washington. Cary Moon is an urban planner. Nikkita Oliver is not only an attorney, but an activist/artist/educator of color. Her strong showing suggests that while Seattle faces large growth and equity problems, it seems open-minded in 2017 about who can best solve them.

One way the top three are more typical of the past: Two are lawyers, Durkan and Oliver, though with vastly different approaches. Durkan has made her name largely as a prosecutor, Oliver as an activist who questions the criminal justice system. Four of the last eight elected mayors have been attorneys.

As to Moon, her background as an urban planner and waterfront advocate echoes some of the résumé of Paul Schell, mayor at the turn of the 21st century, who turned out an idea a minute, advocated for the waterfront, and had urban planning experience as a developer.

If Durkan and Oliver have special skills and experience they could bring to law enforcement and police reform — albeit from different ends of the spectrum — Moon’s background addresses a complaint that almost everyone in Seattle feels, from NIMBYs to YIMBYs: the lack of coordinated urban planning and someone to guide us through the cranes and chaos. Virtually no one is happy with the status quo.

There’s no question that Durkan’s résumé is the best in terms of conventional experience. But in the current climate, that might not be a huge advantage. Seattle has never regarded the mayor’s office as one that must be filled with the best and brightest. Solid if unspectacular mayors have often suited the city, most Seattle mayors take a beating while in office, and our former mayors usually wind up in a kind of political oblivion, unable to achieve higher office, though most have stayed civically engaged.

Whereas in the past people looked for a steady hand, periodically we’ve been willing to take fliers — a woman reformer in the 1920s (Bertha Knight Landes), a liberal TV commentator in the ’70s (Royer), an environmental activist in ’09 (McGinn). Our infatuation doesn’t always last, and the fresh faces don’t always turn out to be “transformative.” But what is Seattle for if not for trying something new?