Can copper, gold save towns near Mount St. Helens? 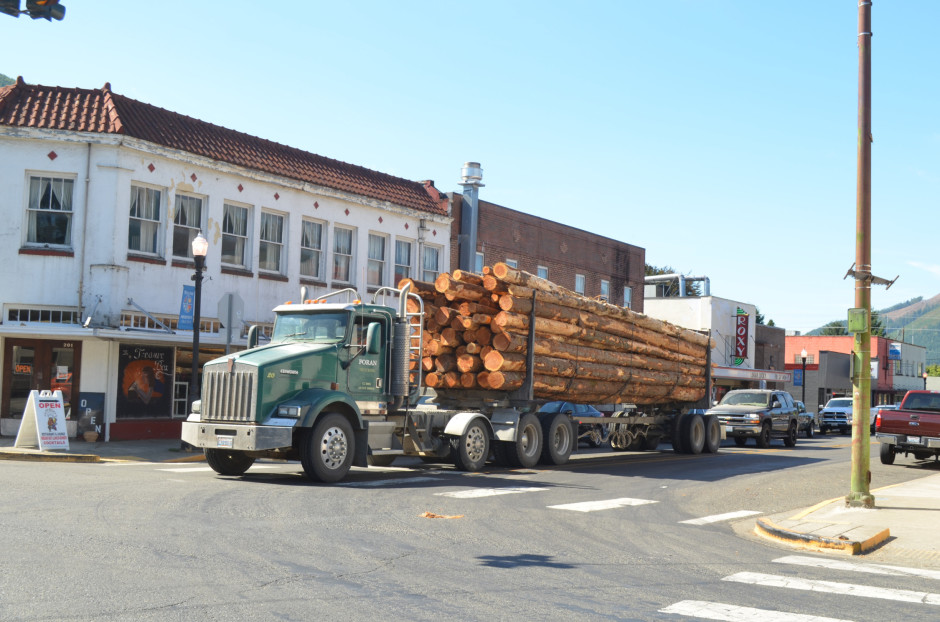 Morton, Wash., was once a booming logging town.

This story originally appeared on KUOW/EarthFix.

So, when there’s talk of an open-pit mine in the shadow of one of America’s most active volcanoes, in a place where heavy rains can slough toxic mine waste into rivers, controversy is bound to tinge the conversation.

That’s the case in southwest Washington, where the Forest Service has given a Canadian company permission to explore for gold and copper near Mount St. Helens.

Opponents say this is the worst possible place to have an open-pit mining operation. They’re worried it could spell disaster for municipal drinking water and imperiled steelhead. The Forest Service and the company say those fears are premature.

But there are many who would welcome a new extractive industry to a place where timber no longer flexes the economic muscle it once did. Thirty miles from the potential mine location is the town of Morton, Washington, which was once a booming logging town. Now, it’s hard to find a job there.

That lack of employment is shaping the conversation about the potential mine.

“We’re for it. We need work out here for our people,” Shirley Rothleutner said during a shopping trip to the Morton Country Market.

“It would probably be a good thing because it would bring revenue back into the town,” agreed another local Margaret Fyfe. “It’s basically either the grocery store or the bank. Everybody else has pretty much moved out of the area to go and find jobs.”

Others are worried about the potential costs.

“There’s poisons that come out of the mines,” said Philip Veal, a local resident and veteran whose military career exposed him to the impact of mining in other parts of the country. “And they devastate the trees, and that’s what we’re up here in Washington and Oregon for.”

In 2011, the Forest Service allowed the Canadian company Ascot Resources to drill 11 holes in the Green River Valley of the Gifford Pinchot National Forest. The company found enough minerals to keep exploring, so it submitted a proposal to drill 64 holes over 900 acres, to check if there’s enough copper and gold to justify a full-scale mine.

“All that we’re trying to achieve here is the very first step on the ladder to letting the people of Washington know whether they have a significant copper deposit within their community,” says Bob Evans, an Ascot Resources executive.

In late August, the Forest Service gave the company permission to drill those additional holes, and now the public has until Oct. 4 to weigh in.

The Wilderness Society just named the Green River Valley one of the 15 places in the U.S. it considers “too wild to drill” — in part because of the Green River, which feeds into the Cowlitz River.

Steve Jones fishes that river. He says it’s too important to the conservation of threatened steelhead to allow a mine to threaten their survival.

“I mean, we’re under court order to try and restore this species,” Jones says. “Why would we want to degrade a river where fisheries managers have said there’s a real high-quality gene bank we need to conserve? So why would we put a mine beside that?”

Jones points to a 2014 disaster at a gold and copper mine in British Columbia. It involved a dam holding back tailings — toxic waste from the mine. The dam broke, and the tailings rushed into nearby lakes and creeks.

Jones is worried about having a tailings dam 12 miles from the crater of the most active volcano in the Pacific Northwest and upstream of the drinking water for two cities.

And, besides the volcano, there’s the region’s abundant rain to consider.

“We have so much more water in this part of the world,” says David Chambers, a mining expert at the Center for Science and Public Participation. “With all the water on and in the tailings when the dam failed (in BC in 2014) — and the water didn’t really have anything to do with the failure—but, once it failed, the water had a lot to do with the damage.”

Jones and his allies are fighting mineral exploration in part because they’re worried that finding gold and copper would make it hard to put the brakes on a potential mine.

“There’s a picture of a large open-pit mine being proposed here, and that is a false picture at this time,” he says.

Back on the Cowlitz, Jones lands a cutthroat trout. He brings it to shallow water to show me before pulling the hook out of its mouth and letting it swim away.

Jones says outdoor recreation could be the future of Morton’s economy.

And, if the Forest Service doesn’t change its mind about the exploration permit, he says he and other opponents are ready to take the question back to the courts.