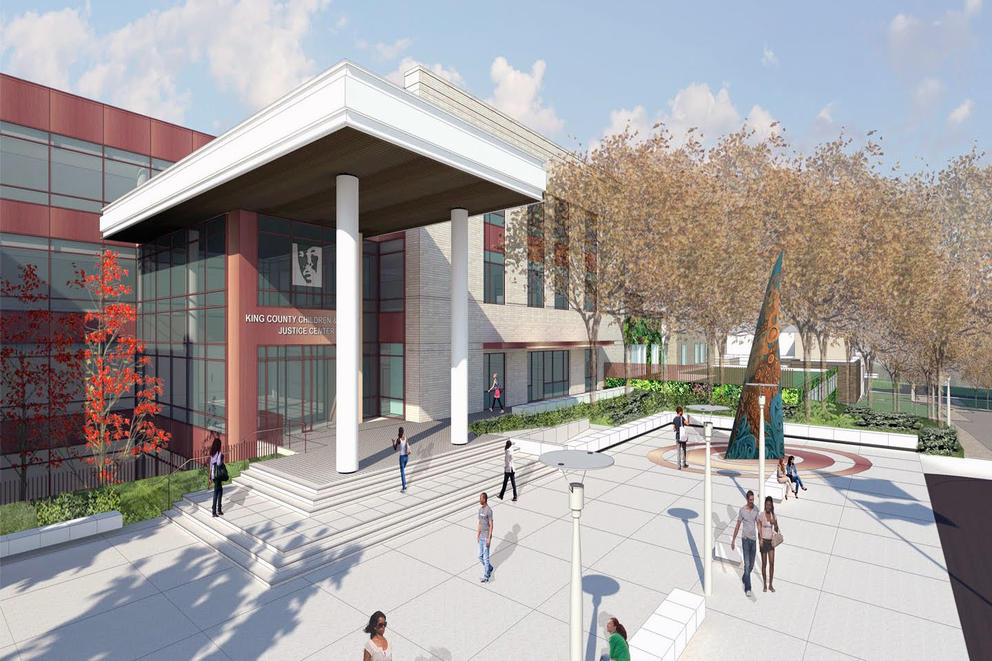 In a victory for opponents of King County’s new $210 million youth detention center, the appeals court of Washington State ruled Tuesday that the county has been illegally collecting property taxes to fund its construction. If the ruling stands, it will not necessarily preclude the project from continuing but will create an enormous gap in its budget — in the tens of millions. With an already tight county budget and enormous pressure from activists to kill the project, filling that hole without significant new revenue will be difficult.

King County said Tuesday it would appeal the ruling to the Washington Supreme Court.

The fight over the jail, known as the Children and Family Justice Center, has dragged on now for more than five years. Even after voters approved a ballot measure that raised property taxes in 2012, opponents contended the measure used vague language and did not explicitly state the money would be for a facility that included jail cells. A groundswell of activism has grown out of the opposition to the project, catalyzing groups like No New Youth Jail and Ending the Prison Industrial Complex (EPIC) that have led large-scale protests.

The opposition contends the new facility overly invests in an outdated corrections model that disproportionally affect communities of color. Instead, EPIC wants more preventative programming and more resources placed on dismantling the school-to-prison pipeline instead of incarcerating youth, according to its website.

Proponents of the new jail have argued that the current facility, on 12th Avenue and East Alder Street, is decrepit and inhumane. A new facility, says the County, will be more flexible and therapeutic, with more space to connect youth and families to services and nonprofits.

Youth incarceration in King County has dropped dramatically since the early 2000s, a trend elected officials in both King County and Seattle have pledged they want to see continue.

But the arguments on behalf of a new facility have never curried favor with activists, who have shut down public forums and city council meetings demanding the project be stopped. Their efforts have already borne results: the number of beds in the proposed facility was revised downward and Seattle City Councilmembers Mike O’Brien and Bruce Harrell, who once favored the project, as well as Councilmember Lisa Herbold, changed their tune earlier this year, joining their colleague Kshama Sawant in calling on the county to reconsider its construction. During his brief tenure as mayor last week, Harrell signed an executive order echoing these calls and saying Seattle should build diversion facilities of its own.

EPIC sued the county earlier this year, contending the ballot measure did not explicitly state the county intended to build a jail facility. They also argued the measure was not explicit in its formula for collecting property taxes through 2022.

King County Superior Court threw out the suit earlier this summer, but the appeals court was more favorable to EPIC’s arguments. While the panel of three judges dismissed the claim that the measure did not specify it was building a detention facility, it agreed that the property tax calculation was wrong.

When the measure passed in 2012, the County raised 2013 property taxes by $0.07 to every $1,000 of property tax value, which brought in more than $20 million. At issue is whether subsequent annual 1-percent raises in the property tax should build off that 2013 number or whether the hikes should be based on 2012 levels.

The County clearly intended to build off the 2013 levels, which would bring in more than $20 million a year until 2022. But because that was not explicitly stated, 2014 should have returned to 2012 levels, the court ruled. “Rather than providing an unmistakable, explicit statement that the County would use the 2013 levy lift amount to compute subsequent levies, the County included a vague statement,” that did not make it clear property taxes would not return to 2012 rates.

Knoll Lowney, a lawyer for EPIC, said Tuesday, "For the county to move forward on the project is essentially to say they’re going to bust a $200 million hole in the budget. Now to go forward would not just be bad for the kids, but it would also take money out of transit, healthcare and all of the things that are more important.”

When asked for his reaction when he heard the ruling, he gave one word: "Finally."

In a statement, Director of King County's Facilities Management Division Anthony Wright said the county just received the ruling and "we are reviewing it for any potential impacts to the Children and Family Justice Center (CFJC) project. The City of Seattle issued a Master Use Permit to build the facility in December 2016, and construction is underway. The current plan is to move forward without construction delay until the center's scheduled opening in 2019."

In a follow up, Wright confirmed King County would appeal the ruling to the Washington Supreme Court.

This post has been updated to include Councilmember Lisa Herbold's calls for King County to reconsider the facility's construction.