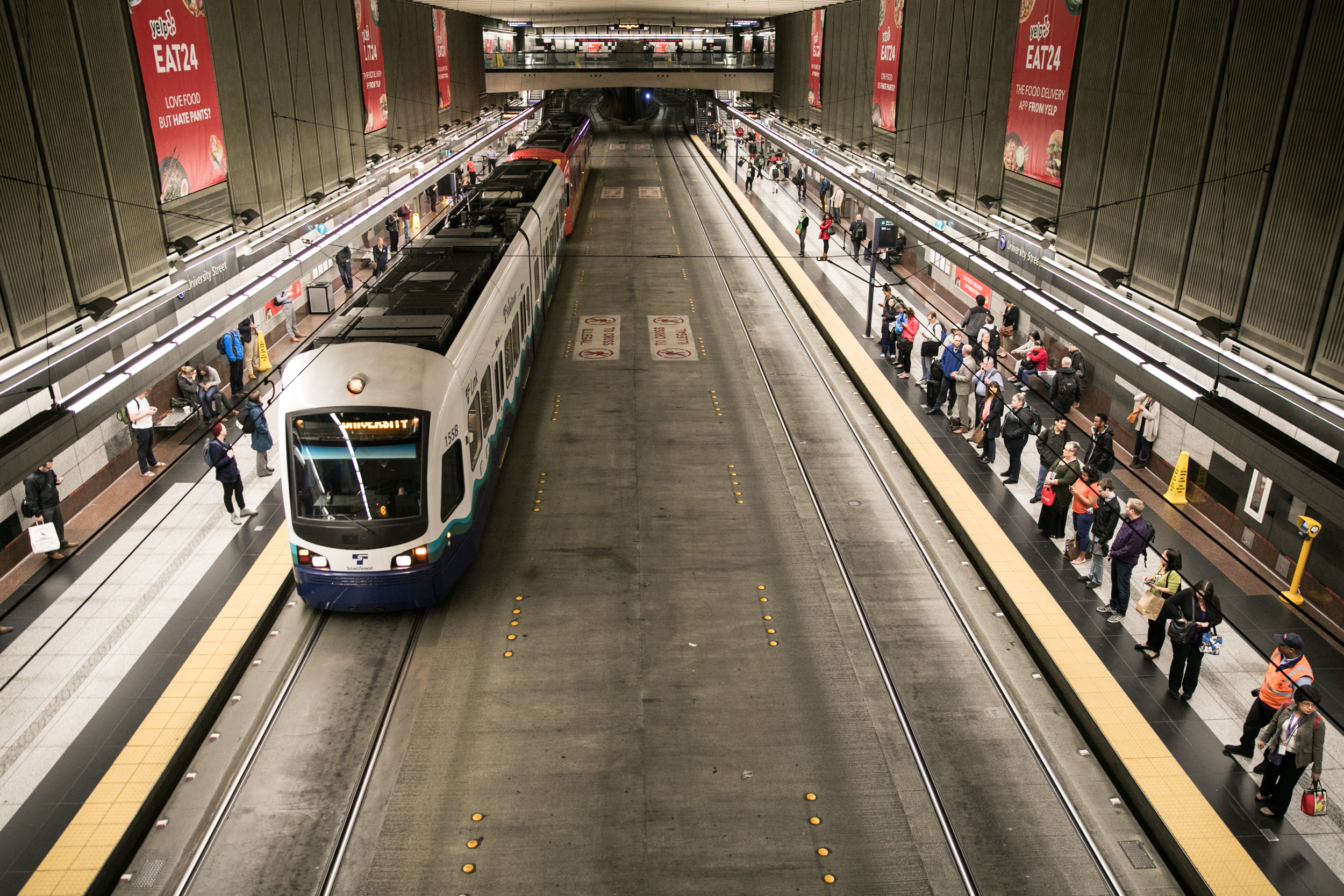 With masses of millennials seeking a profusion of opportunities in urban living, Seattle came in a few years ago at No. 10 densest among the 50 largest cities in the U.S. It’s grown since that 2014 finding, which showed nearly 8,000 people per square mile.

But it’s not for everyone. My home, Lincoln County, averages 4 people per square mile, and there’s only 10,350 of us in what you might call our rural bubble, which lies just west of Spokane County.

Bursting out of our bubbles and connecting across the two sides of the state were the themes of Knute Berger and Matt McKnight’s Crosscut “Road Trip” series, which followed Highway 2 from west to east across Washington. Berger and McKnight’s Lincoln County segment accurately captured my landscape and people, and inspired me to bring fresh eyes to a recent Seattle day trip.

Seattle is familiar territory for anyone from Eastern Washington involved in statewide organizations. In the 1990s, that meant I took 560-mile round trips monthly via Interstate 90 to attend evening training meetings for Washington’s Disaster Medical Assistance Team. To attend the team's first-ever reunion, flying won out over another road trip.

While Eastern Washington belongs to fly-over country, Seattle is “fly-in” country for some of us. Sea-Tac International Airport presents a world-class first impression, with the soaring terminal featuring music, art, shopping and eating experiences.

Amazon’s spheres were on the list of touristy things to do before the evening reunion, and that meant navigating to South Lake Union. Airport car rental fees are notoriously high, and parking in Seattle is ridiculously expensive when you’re used to $10 maximum for all day at the Spokane International Airport Garage. No rental car for me.

Before Sound Transit’s Link Light Rail, the express bus was the perfect choice for fly-in trips. It's faster and cheaper than the train, but not as metro-cool. Seattle is all about cool.

Public transit is perfect for people-watching to spot fashion trends before they fly over the Cascades. Shredded jeans became ubiquitous in Seattle before Spokane got on board. Might be generational rather than an urban-rural reaction, but it cracks me up to see people wearing pants that would be stuffed in the rag bag at home. Or maybe I could start selling ranch-aged jeans — perhaps with a certificate of authenticity autographed by the rancher.

When the Link arrived at the Westlake Mall late on a Sunday morning, the sidewalk felt busy although noticeably reduced from the typical Monday to Friday pace. The most surprising sight was the number of homeless people boldly staking out campsites on courtyards and sidewalks. It’s just not something you see in a rural county, ever. After the beautifully orchestrated first impression at Sea-Tac, the first impression of the city itself is depressing and a little intimidating.

Friends had arranged for lunch and a tour of the Amazon campus. Steve and Joan moved into South Lake Union nearly 11 years ago, three years after Amazon first turned a profit and three years before Amazon consolidated operations in the formerly low-key neighborhood. Our plan was to meet at a pizza restaurant next to Whole Foods. While millennials might view the pizza spot — Tutta Bella — more as a good, safe option for taking their parents or their kids, it was all very urban cool.

From Westlake, Google Maps plotted a walking course to Tutta Bella. The digital voice said, “Head east.” East is not obvious when the sun is obscured by tall buildings and you’re used to checking the sun as a compass. Asking directions would be decidedly un-cool. It took trial and error, a re-crossed street, but I eventually found my friends at a window table.

Joan said it was fresh fig season and we should have the special, a Calabrese pizza with extra-virgin olive oil, rosemary, goat cheese, prosciutto, figs and a balsamic reduction. Figs were a new experience, but it was delicious. Except for the olive oil, none of those ingredients would make the menu back home.

The Amazon campus was a puzzle, since it didn’t feel like a campus. The exterior of every tower was different and Joan knew them all by name, although there didn’t seem to be any signs. Her daughter has worked in several different buildings as part of Amazonia. Apparently variety only exists on the exteriors: Joan’s daughter told her the interiors are very industrial, typical cubicle layouts, with little variation from building to building.

The Amazon spheres add a sculptural element to the street, an urban surprise. Although destined to become an iconic background for photos, including ours that day, they struck me as sad. The unnatural and carefully controlled nature inside the double walls of the spheres will never capture the awesome breadth of a wild sky over an Eastern Washington ranch.

Joan pointed to a cart on the plaza and casually said there would be no free bananas today. It was a total non sequitur. She had to explain: Amazon buys bananas, then pays people to stand on the street and give away bananas. For free. Crazy. For those who don’t live in South Lake Union, a cheaper Prime membership would be appreciated. Or maybe send some free bananas with the next order.

Back near Westlake Mall, we glimpsed a desultory parade. Steve dismissed it as the regular Sunday afternoon protest march. It would have been interesting to connect, but he steered us clear and we hustled to meet my ride to the reunion.

Our group of alumni from the Disaster Medical Assistance Team — called DMAT WA-01 — met that evening at Jack’s BBQ, reminiscing about the kinds of bonds built during disasters. First responders are mission-focused. In a disaster area, we never asked anyone’s religion or politics or anything other than what they needed and how could we help. We told stories about people, places and problem solving together. Those are the ties that bind a team together.

In the course of ordinary life it’s safer to steer clear. In a disaster, there is no clear place to steer. When the Cascadia Fault finally gives way, neighbor will have to help neighbor. Eastern Washington will come to the aid of Western Washington. We will be bound together. And the best reason for breaking out of all our safe little bubbles is summed up by the motto for the Quakex ’97 regional earthquake drill:

“The last place you want to meet for the first time is during a disaster.”