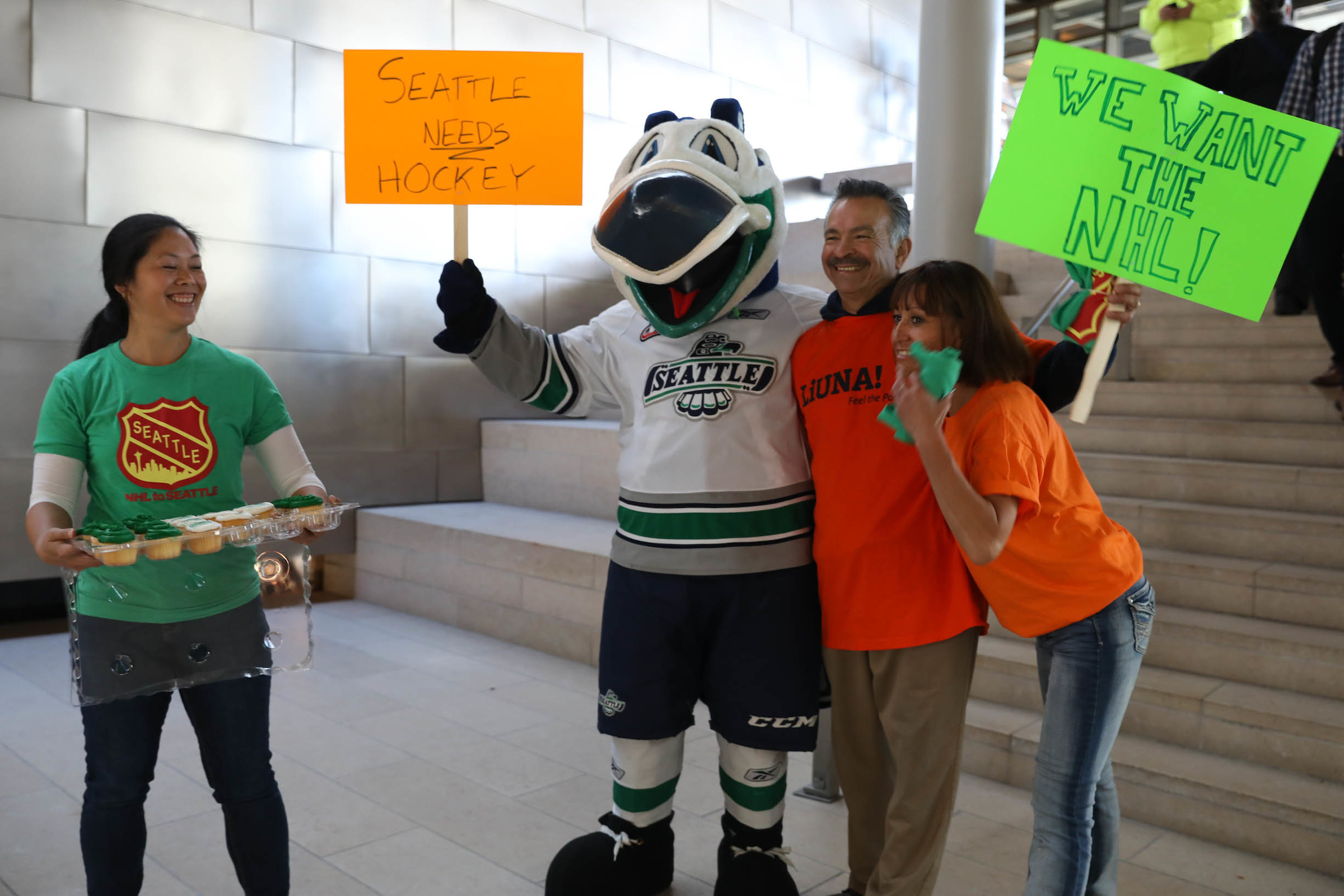 Asked if there was anything that would keep her Uptown Alliance from saying yes to the low-risk but high-pressure $600 million private proposal to make KeyArena a world-class entertainment showcase, Deborah Frausto paused. "We haven't said yes yet," she said, making her among the few attendees at a City Council meeting Monday to at least slide one foot upon the corner of the brake pedal of a project on hyper-drive.

Frausto represents the community group most impacted by the proposed arena changes in a lower Queen Anne neighborhood already awash in change. Along with similar organizations representing Belltown and South Lake Union neighborhoods, they are the citizen scrutinizers for a project that so far as been lauded for its transparency. But as Frausto cautioned the council's Select Committee on Seattle Arenas, "Transparency isn't the same thing as engagement."

The Mayor's Office has developed a proposed memorandum of understanding with the Oak View Group of Los Angeles, which wants to rebuild KeyArena as a venue for concerts and potential home for pro hockey and basketball. The city administration and the private developer have agreed, in the words Monday of Brian Surratt, the executive director of the city's Office of Economic Development, on a "very aggressive . . . but doable" timetable that begins this month and concludes in September 2020, in time for the opening of the National Hockey League season. The league is widely expected to grant a franchise to Seattle if the arena is rebuilt.

Monday was the first chance for in-person, public comments on the presentation of the memorandum of understanding to the council last week by the Mayor's Office – one must hesitate to identify anyone as mayor because the city by November will have had nearly as many mayors as the Mariners have had starting pitchers

Because Belltown, South Lake Union and Uptown were already immersed in varying degrees of transportation/parking plans to help with problems in the heart of the nation's fastest growing urban core, they seek time and resources for a long-term, integrated solution. They fear haste and neglect once the city actually signs a deal.

Frausto from Uptown expressed support for the arena project in general but advocated for more deliberation. After the meeting, she said, "Getting a hockey team is not a reason to not do due diligence."

But the key parties are not waiting for approval of the memorandum by the council, which is mandatory, before spending money and time. Urgency is upon the city administration and the Oak View Group (often called OVG), because they want to convey sincerity, and the ability to deliver an arena, to the NHL. Their hope is that the council approves the MOU in December, shortly after the Dec. 3 expiration of a five-year-old MOU with developer Chris Hansen, whose rival arena plan mandates pro basketball with the NBA for his SoDo stadium district location. Hockey would be a possible addition if an NBA franchise came first.

If Hansen's last-ditch effort to revive his plan fails — or is simply ignored in city government's lust for a Seattle Center transformation — council approval for OVG's plan would pave the way for the conditional granting of an NHL franchise.

Two wealthies have agreed to partner with OVG — investment banker David Bonderman, a University of Washington grad, and Hollywood film producer Jerry Bruckheimer. The tandem has been pursuing pro sports ownership for at least a decade and would not blink at a $600 million-plus expansion fee to get a hockey franchise.

The meeting Monday was the first chance for council members to quiz in public the city staffers who have been consumed by developing the MOU.

The council member most interested in the arena's intense timetable was Mike O'Brien. He asked questions about what Seattle loses if the timeline slips, and whether there's room in the proposed arena's schedule for the NBA. City budget director Ben Noble said several arenas around the country operate with two winter sports schedules.

But the NBA is not on the immediate agenda because it has shown no interest in expanding or relocating a team, certainly not in final three months of Hansen's MOU. Nor was the NBA on the minds of most of some 40 members of the public allowed one-minute comments.

Only three people, including KCPQ-TV sports anchor Aaron Levine, advocated for Hansen's project. The audience was loaded with supporters of the OVG plan — hockey fans, members of unions representing Port of Seattle workers, theater-arts workers and the construction trades, as well as some nonprofit organizations that use Seattle Center facilities.

They all see the benefits of a $600 million elixir for the Center and don't seem worried about the side effects, such as the two-year closure of the building and the dislocation, temporarily for most, of its tenants and events.

But discovery of consequences is the responsibility now of the council and its outside consultants, abetted by the community groups. One small surprise came to light Monday.

A trumpeted part of the OVG offerings that addressed some community worries, a $40 million fund dedicated to help with parking and transportation issues, was not a lump sum available at the front end of the project, where it seemed likely to do the most good. The $40 million is to be spread over the 39 years of the proposed lease.

City officials are, however, properly thrilled that the MOU says OVG is responsible for all cost overruns, as well as all operations and maintenance.

Those are the same commitments Hansen agreed to. But Hansen's site is not at the Seattle Center, which every mayor, no matter how many, since its creation for the 1962 World Fair, has been obligated to fund, maintain and improve.

To further clear the path to a decision in favor of the KeyArena remodel, the council will consider a bill to exempt the project from the provisions of I-91. The initiative, passed into law by Seattle voters in 2007 by a 75 percent majority, mandates that any pro sports organization leasing city facilities must return to the city an annual profit equivalent to the modest rate of return on a current Treasury bill.

The legislation was, and is, unique in the country, and so outraged then-NBA Commissioner David Stern that he vowed that, if it became law, the Sonics, then owned by Oklahomans eager for a move, would be gone from Seattle and no replacement would happen on his watch. He delivered on his threat.

The exemption that the council will consider says that OVG is not a professional sports organization within the meaning of the law, and that the benefits described in the MOU that accrue to the city are consistent with the principles underlying the law. Should the council agree to create an exemption, it means the law that helped chase the NBA from town would be de-fanged to help deny the arena project that had the return of the NBA as its primary purpose.

City officials really want this KeyArena project to happen. To make it work, though, vigilance is mandatory and time needs to be on the side of the urban village, not the hockey league. Sports teams, as we have seen, come and go.