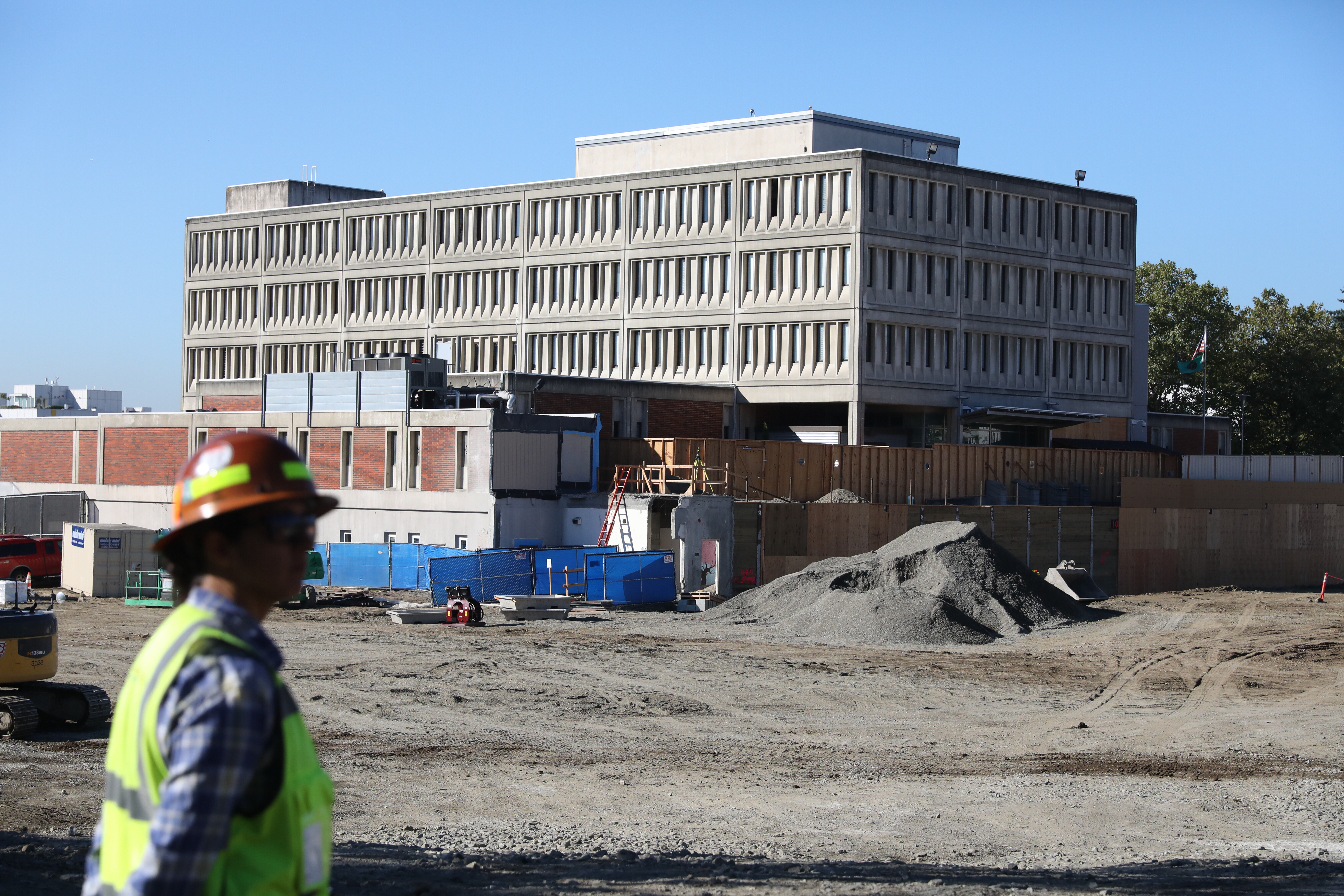 Construction workers at the site of what could be the new youth jail in Seattle.

In May, the City of Seattle passed an ordinance to allow opponents of King County’s new Children and Family Justice Center — simply the Youth Jail to many — to appeal the permit that cleared the way for its construction. Now, King County is suing the City of Seattle. In its lawsuit, the County also names more than 40 activist organizations, including Friends of Bailey Gatzert Elementary, the Buddhist Peace Fellowship, the Mennonite Church and others, as interested parties who want to see construction of the new jail halted.

Although the $210 million project is a county-led effort, the building will be at 12th and Alder in Seattle and therefore needs a master use permit from the city to greenlight its construction. The County received that permit in December, 2016.

In their fight to stop the construction of the new jail, the organizations sought to appeal the permit last January. They were denied by the hearing examiner, who said the language of the permit did not allow for an appeal.

But Seattle City Councilmember Mike O’Brien, who’s said he regrets voting for it in the first place, said the city always intended for it to be open to appeals and that any other interpretation was merely a technical miswording.

In May, the Seattle City Council revisited the language of the permit to make it eligible for an appeal. The council voted 5-2 and applied it retroactively to April 2015.

County officials were vehemently opposed to the ordinance at the time, accusing the city of reneging on a commitment it made. Now, several months later, the county is putting resources behind that opposition in its lawsuit.

“Washington State Supreme Court opinions state unequivocally that legislation cannot be applied retroactively where doing so would impair vested rights,” reads the lawsuit, filed in King County Superior Court, referring specifically to instances of granting property use to outside agencies. The County is seeking to nullify the effects of the city’s ordinance on the detention center’s construction.

This is the second piece of youth jail related news this week. On Tuesday, a Washington State Court of Appeals ruled the county had been improperly calculating property tax increases to fund the new facility, a ruling that could blast a more than $100 million hole in the jail's construction budget. The County quickly said it would appeal the decision to the Washington State Supreme Court.

The permit lawsuit against the city and the decision by the court of appeals, while both concerning the new youth jail, are not directly related.

Responding to concerns about the listing of community groups on the lawsuit, King County Prosecutor Dan Satterberg amended the complaint to exclude listing the groups. "I want to apologize for the confusion or anxiety that this has caused our community," he posted on Facebook. "I will be amending the complaint and dismissing all but one of the community groups from this lawsuit because they are no longer parties to this action."

Correction, Sept. 28: A previous version of this story misstated the date the county received the master use permit. It was December, 2016, not 2014.