The 'monstrous truth' behind killer cops 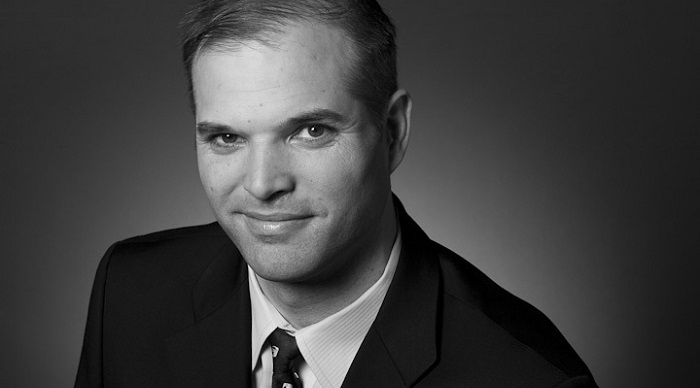 Say what you will about Matt Taibbi's no-holds-barred takedowns of national political figures and right-wing propagandists, there's no denying that the man has a way with words.

Taibbi, a Rolling Stone contributing editor and National Magazine Award-winning columnist, famously called Goldman Sachs "a great vampire squid wrapped around the face of humanity, relentlessly jamming its blood funnel into anything that smells like money.”

In a column in February 2016, written while following Donald Trump on the presidential campaign trail, he wrote that “absent a dramatic turn of events … this boorish, monosyllabic TV tyrant with the attention span of an Xbox-playing 11-year-old really is set to lay waste to the most impenetrable oligarchy the Western world ever devised.”

In his latest book, Taibbi trains his sights on the U.S. police system, its time-honored tradition of violent oppression of African Americans, and spooked white Americans who quietly condone it.

His new book, “I Can’t Breathe: A Killing on Bay Street” begins as a biography of Eric Garner, the 43-year-old African-American man who died in 2014 after Staten Island police put him in a chokehold and then held him face-down on the concrete while he gasped for air. A cellphone video of the incident became the first of what has become a macabre miniseries that has pulled back the curtains on an epidemic of police violence in this country.

Taibbi paints Garner as a lovable if flawed individual, a street hustler and former drug dealer who was trying to do right by his kids. Garner, it seemed, had a knack for finding entrepreneurial endeavors that ran smack into the latest police initiative aimed at cleaning up the streets.

At the heart of all of these initiatives is a philosophy called Broken Windows that turned people of color into statistics to be rounded up by cops en masse, often with little or no legitimate reason, in order to make numbers. (If the last thing you read about Broken Windows was Malcolm Gladwell's adoring account in his book "Tipping Point," Taibbi will bring you up to speed.)

While the cops ostensibly confronted Garner on the day of his death for selling contraband cigarettes on the sidewalk, Taibbi writes:

Garner’s real crime was being a conspicuous black man of slovenly appearance who just happened to spend his days standing on the street across from a string of new high-end condominium complexes. No white people I talked to would say it out loud, but Garner was just too visible for anyone’s tastes. His raw presence threatened property values. Plus he was an easy bust, and so became a regular target of police mandated to make busts like clockwork.

Taibbi’s account of Garner’s life, his death and the acquittal of the cops who killed him will make your blood boil. But it’s the second half of the book that will tear at your soul.

There, Taibbi writes about Garner’s daughter Erica and her fight for justice against a system that is set up to beat her back and wear her down. This, amid warring factions of activists who at times seem more preoccupied with scoring publicity points than with actually changing a system that results in more Eric Garners than we will ever know.

The book is an indictment of American policing and the apparatus that has been constructed to shield it from public scrutiny. But more than that, it is a damning look at the political realities that allow that system to exist three decades after the civil rights heyday — realities that lead us right up to today, and the man who won the White House on dog-whistles and all-out promises to protect white America from the brown hordes massing at its borders.

Follow almost any of these police brutality cases to their logical conclusion and you will eventually find your way back to a monstrous truth. Most of this country is invested in perpetuating the nervous cease-fire of de facto segregation, with its “garrison state” of occupied ghettos that are carefully kept out of sight and mind.

While cellphone and dash-cam videos have forced us to confront that monstrous truth, Taibbi doesn’t seem convinced that they will ultimately lead to reform. If Eric Garner’s story is any indication, our society’s ability to forget such truths, squirreling off after the next breaking news story, far outweighs our hunger for real change.

Taibbi spoke at the Crosscut Courage Awards earlier this month. If you missed it, here is the full speech.