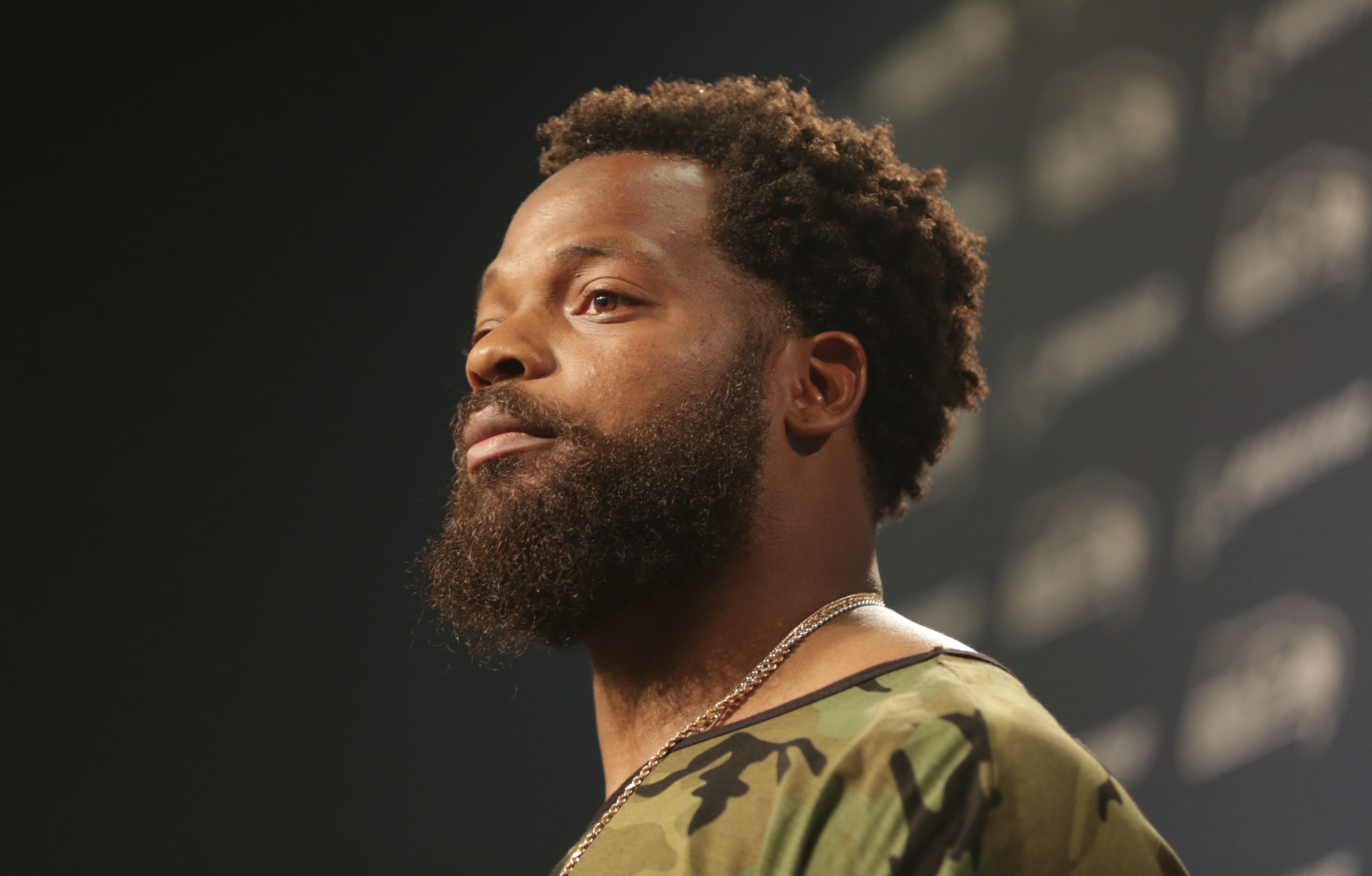 The friendship between Seahawks teammates Cliff Avril and Michael Bennett is filled with enough teasing man-banter that, as Avril put it, "We play around so much that sometimes, we don't know what's what."

But when Avril arrived at Bennett's Las Vegas hotel room early in the morning of Aug. 27 and the door opened, Avril knew something serious had gone down.

"He was definitely shook like I've never seen him — frantic and frightened about his situation," Avril said Wednesday in the Seahawks locker room, 10 days after the pair attended the Floyd Mayweather-Conor McGregor fight. "We spent two hours talking, until like five in the morning. His mind was going so many different ways. I was trying to calm him down.

"I wanted to make sure he reached out to his family before he did anything. I didn't want him to make the wrong move. That was my advice: 'Bro, think this thing through. Come up with a game plan.' "

After 10 days, Bennett indeed had thought through and delivered his practical response: a letter to "Dear World" posted on Twitter Wednesday morning about an "unbearable" episode in which he was racially profiled, handcuffed while prone on a sidewalk, and threatened by a gun-wielding cop whom Bennett claimed said, "I'll blow f---ing your head off."

The one thing Bennett couldn't get through, after 10 days, was the emotional response. After several minutes of taking questions at a press conference in a team facility, finishing an answer about being black in America, he said, "I try to tell my daughters every single day that they matter . . . you know . . . "

He stopped. For five seconds, he looked down. Then he walked away from the podium and out a stage door, expressionless.

The opening game of the season this coming weekend abruptly was a small deal. And everything that Bennett had been saying about social injustice in America, prompting his nationally controversial decision to sit during the national anthem at Seahawks games, became a larger deal.

The irony hit like a freight train — the one activist athlete in America that most law-enforcement officials, not to mention most NFL owners, would not want to piss off needlessly, found himself pushed to the ground, kissing concrete during an incident from which he was released without charges a few minutes later.

“There are a lot of people who experience what I experienced at that moment, and they aren’t here to tell their story,” said Bennett of the list of unarmed African-Americans shot to death by police. “I can’t go into those details (of his incident).

"I’m here just to tell you this was an emotional moment for me . . . I didn’t want this to be me, I just happened to be there.”

The moment was verified by a video that was published by TMZ.com showing a handcuffed Bennett telling the officer he did nothing.

By mid-afternoon on Wednesday, the Las Vegas Metropolitan Police Department, besieged by inquiries, held a press conference in which officials attempted to refute Bennett's claim of racial profiling by denying it, and said Bennett accepted the police explanation.

According to undersheriff Kevin McMahill, "Mr. Bennett at the scene had the incident explained to him by a supervisor, and he said he understood and that he had no problem with what the officers did — just the one, that he claimed the officer had a gun pointed at his head."

Just the one problem. A small detail. A detail of the sort that gets people killed.

Just in case anyone thinks Bennett was making up the part about the gun, the department's own police-cam video, posted to YouTube, proves it. McMahill said the department was reviewing 126 videos of the episode, but the five-minute one they chose for the press conference shows the arresting officer putting a gun to the head of Bennett as he lay prone and cuffed. But the video does not show Bennett hiding or fleeing, as McMahill claimed.

Here's the press conference video. At about the 12:40 mark is a brief glimpse of the arrest on the street from the second floor view of a hotel balcony:

The episode began about three hours after the fight when a number of people near Drai's Club in Las Vegas began to run after hearing what was reported to be gunshots. McMahill said that no shooter was found, said the department doesn't know what caused the noise, and did not say whether others besides Bennett had been detained.

But they did finally figure out who Bennett was.

Bennett suspects there will be critics who think the episode was some sort of set-up. "I know a lot of people are like, ‘Oh did he want this on (him)self?’ " he said. "I didn’t ask for this moment, it just happened to be me.  I’m just lucky to be here to be able to speak about it.

"At any moment I could have made the wrong decision, or moved, or (the cop) felt like I was resisting, or doing something wrong, and you guys and the Seahawks would be wearing a patch with number 72 [Bennett's jersey number] on it."

Bennett could not be more plain nor accurate. The police have yet to explain what they claimed to know about the profile of any potential suspect, why they believed Bennett was different than others leaving the scene, or what he did to induce the officer's actions. But Bennett suspects he is the one who will be held to account.

"At this or some point in time, you’re in the eyes of everybody in America," he said, "and everybody is waiting for you to make a mistake.

"The truth is, I got great people around me.  I thank the organization for their support. But this is bigger than me."

Seahawks Coach Pete Carroll tried to address the bigger picture beyond what he called the "horrendous incident" of Aug. 27.

"We’re thankful that he is safe and we take this opportunity to say that we stand in support of him and anyone facing inequalities," Carroll said, reading haltingly from a written statement. "What happened with Michael is a classic illustration of the reality of inequalities that are demonstrated daily.

"Maybe this incident can inspire all of us to respond with compassion when inequalities are brought to light and allow us to have the courage to stand for change. We can do better than this.”

When asked, Carroll said the episode has not begun to clear from Bennett's mind.

"You can tell it’s hanging with him," he said. "[Players] have shared stories over the years; there’s been stuff that has happened enough,  more than I like to account. We’ve been through these topics before. This one was very traumatic.”

Said teammate Avril: "I'm sure it weighs on him heavy. I'm just trying to get him to enjoy the day, or whatever. I try not to bring it up. But he'll bring it up from time to time."

As awkward and distracting as it was for Bennett to call out what happened and cause a local and national uproar, teammate Richard Sherman said that stepping forward was vital.

“I think it was incredibly important because I think there is a sentiment that goes around that it doesn’t happen," Sherman said. "You are rich, you are wealthy, you are famous, you have notoriety. There is no way it happens to you, and it does.  It does.

"It is poor training for some [officers]. Every individual is different. I have met great officers. I have gotten tickets and walked away with a smile. It’s like, ‘Oh, that is a great guy, sucks that I got a ticket, but.' . . . Then you have incidents where you run into people that you keep your wits about you, you keep your hands visible.

"But something needs to change."

As it always has.

Podcast | Is Washington ready for this school year?

From pandemic impacts to teacher shortages, education is being tested. We asked a teacher, a superintendent and a student to share their thoughts.