Oliver: We need to talk about endorsements 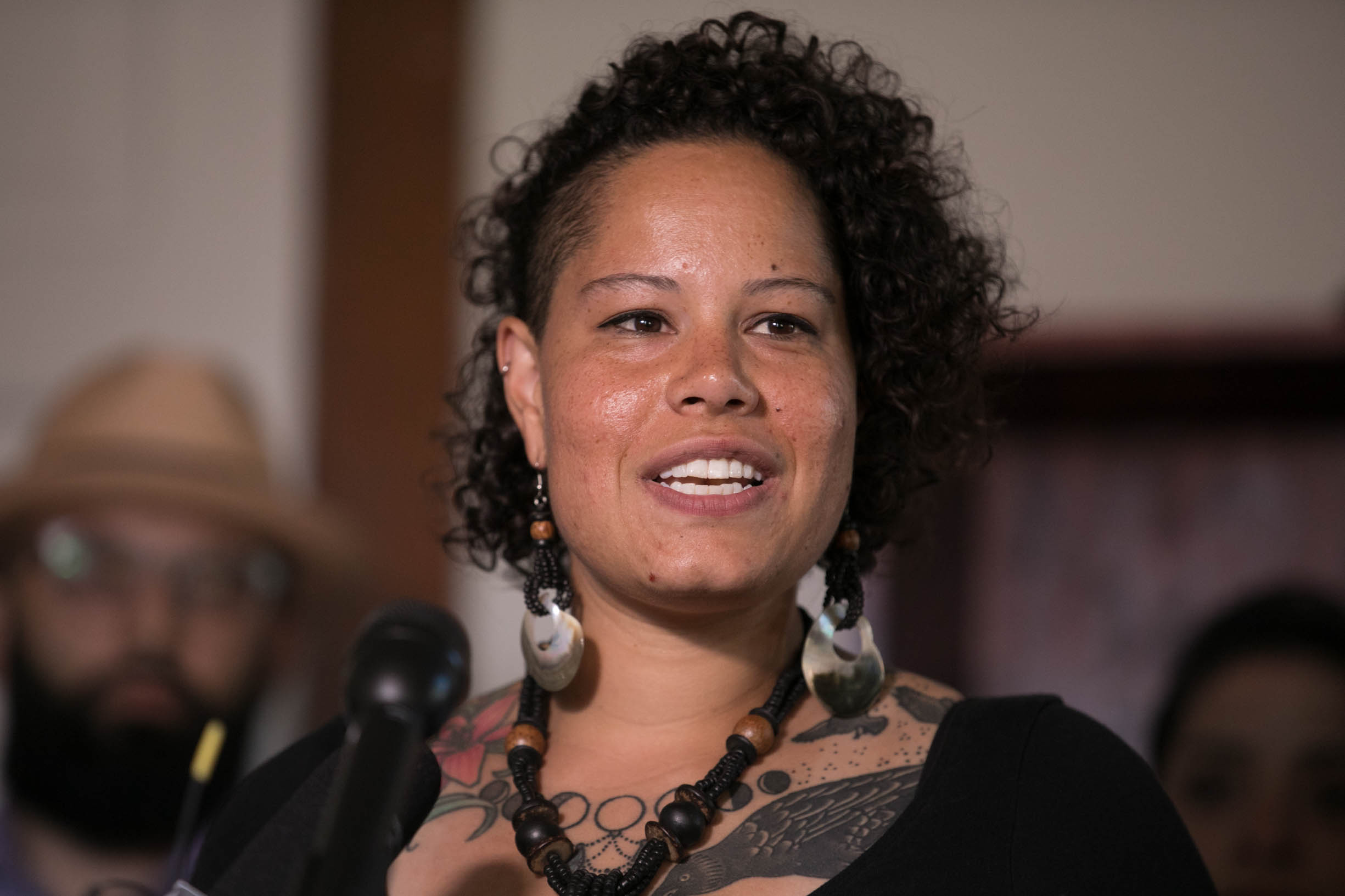 Nikkita Oliver at Washington Hall in Seattle as she conceded defeat in the primary election for Seattle mayor. Aug. 15, 2017.

Endorsements are political tradition. Some so expected (and accepted) Seattleites treat them like a crystal ball. Whomever The Seattle Times (establishment) and The Stranger (other establishment?) endorse will inevitably be in the general election, right?

I am not opposed to endorsements but they’ve got issues — like, how do you hold a politician you endorsed accountable after they are elected? Dan Savage of The Stranger writes in a recent article, “An accountability mechanism already exists: the next election.” While I understand this, some of us do not have the privilege of waiting. If things don’t go well, many of us may not be able to afford to live in Seattle by the next election! We require accountability now.

So, we can’t just be giving our endorsements out like Halloween candy. They are not free. They come with expectations.

Politicians promise a lot, but rarely follow through. Why? Because in the words of the Wu-Tang Clan, “Cash rules everything around me.” If you are without cash and/or substantial social capital, there is no effective way to hold elected officials accountable in office other than protest. And while protest can be effective, we need more tools for accountability. Therein, endorsements become only as valuable as the accountability we can attach to them.

But if Savage doesn’t see endorsements as being about accountability, he does argue that they empower people to vote. He writes, “[Endorsements] lower one significant barrier to voting: opening your ballot, seeing a long list of names you don’t recognize, and then tossing your ballot in the recycling bin.”

On the surface, this point seems progressive. Yet if followed to its logical conclusion it implies 1) a long list of candidates is a truly significant barrier to voting, 2) people who face actual systemic barriers — who are intelligent people in spite of those barriers — will not vote without endorsements when the list of candidates is long, and 3) endorsements from mainstream papers are the solution!

I will be the first to acknowledge the significance of systemic barriers to voting, but I am not convinced endorsements are the way to effectively end these barriers. Community organizing, voter education and changing unjust laws can effectively remove barriers. Heck, getting more marginalized and disenfranchised peoples elected to political office is a good start! Anything else reeks of a savior complex that further disenfranchises marginalized communities by keeping us dependent on institutions — like mainstream papers that often do not represent our interests — rather than actually removing systemic barriers.

Endorsements are nepotistic. Failing to acknowledge this is to preserve an inequitable system. Many candidates are groomed by communities with substantial social capital and moneyed resources. This is intentional. People like to keep their money in the family. If you are not in the family or at least a relative of sorts, you likely will not get the endorsement of big endorsers (unions, papers, corporations) or political elites.

Endorsements are about money. Big money endorsements put big money into making sure their candidates are visible. Visibility and the right — hollow — campaign promises go a long way toward election. So, if you cannot get the big endorsements, even if you are the best candidate, you likely will not win the race because you will struggle to be visible.

Endorsements are a social contract with social and financial implications. The Seattle Peoples Party and I cannot and will not give our endorsement for free. No one does. Endorsements, in essence, say, “If you scratch my back, I will scratch yours.” The communities we represent, frontline affected and marginalized communities, need a whole lot more than our backs scratched! We are in crisis. We need immediate relief as it pertains to housing affordability, homelessness and police reform. When you lack the purse strings to create accountability, you leverage your social capital. In this regard, an endorsement is our social capital.

The above said, I cannot overlook the impact receiving an endorsement from The Seattle Weekly had on the visibility of the Peoples Party campaign for me as mayor. But a part of that visibility was the product of it being unexpected. Even The Weekly called me “a talented outsider,” but an outsider nonetheless.

Progressive candidates from marginalized communities, such as myself, do not often receive these endorsements. The Weekly was aware of this writing, “We will not pretend that Oliver is a conventional candidate, or that voting for her would be a normal thing to do.” They did something outside of the norm and, arguably, outside of the interest of their normal supporters. Or as they put it:

We are all concerned about our city’s future, but many among us are beyond concerned. These people — low-income Seattleites, people of color, immigrants — are frustrated and frightened and they have every right to be. So often relegated to the margins in political discourse, they are accustomed to the lip service of leaders and the fleeting hope that accompanies minor victories.

The current tradition of endorsements sometimes functions as a systemic barrier. It reinforces the archetype of the “traditional” candidate, sometimes preventing the candidacy of those who represent the interests of marginalized communities. In my case, an endorsement opened a door.

Yet there are many people who would be incredible public servants who will never be seen as viable enough for highly visible endorsements be that because they lack money, social capital or we just aren’t in the “family.” This closes the door to many candidates who could effectively help to remove all sorts of systemic barriers because we live them.

Lastly, the idea that we or I owe an endorsement to a candidate simply because their words are the closer of the two to our values is absurd and would be an irresponsible use of our social capital if there is no accountability other than the next election. I am not opposed to endorsements. I understand their value and the tradition. I also understand U.S. politics is a tradition in which marginalized and disenfranchised communities are traditionally locked out.

So, let us acknowledge what endorsements are really about. And when a truly accountable candidate shows herself, I will endorse.