The Northwest is a sellout. Can it get its noir back? 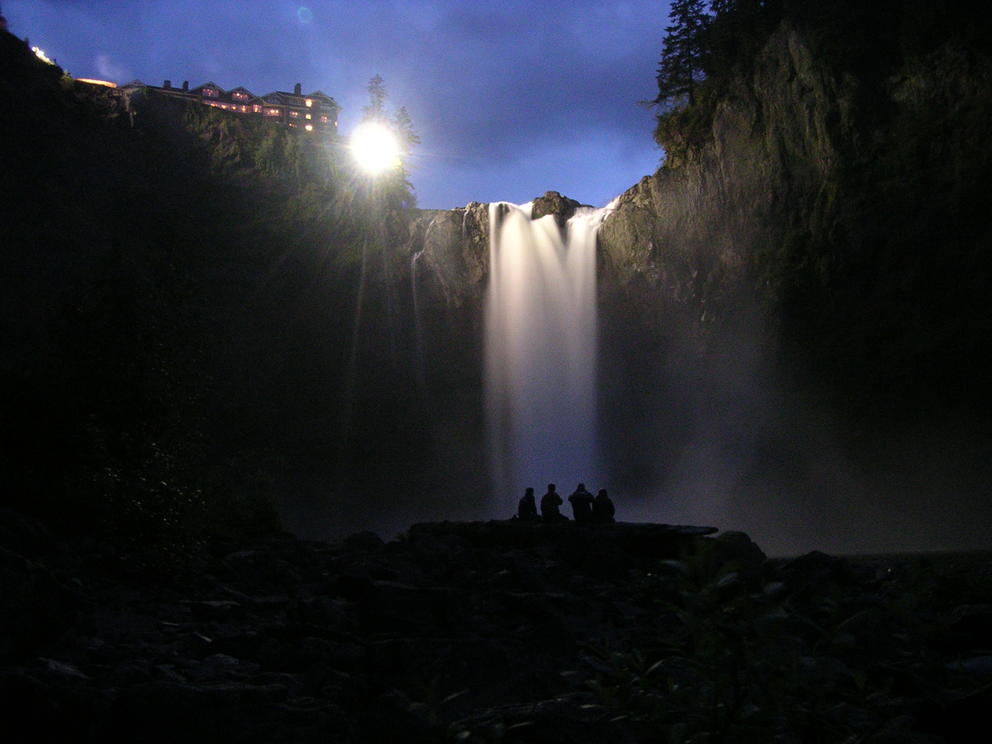 Remember “Northwest noir”? If you’re old enough, you do; and if you’re not, you’ll become acquainted soon since it’s part of a trend in cultural recycling.

Seattle author and journalist Timothy Egan wrote the definitive piece, “Northwest Noir: An Art of the Seriously Goofy,” about the phenomenon for The New York Times back in 1991. The Northwest, known for deep forests and hard rain, had, he observed, a kind of darkness all its own: It often came with quirkiness and humor. Filmmakers like David Lynch and Gus Van Sant; cartoonists like Matt Groening, Lynda Barry and Gary “Far Side” Larson; TV shows like Twin Peaks and Northern Exposure. These, he wrote, have “put forth a vision that combines weather and wackiness to produce a sort of Northwest Noir.” In the early ’90s, American popular culture was suddenly awash with weird characters, dark humor and darker themes from our corner of the country.

The darkness and weirdness that inspired it were rooted in our history and mythology. The gothic existence of people forging lives in old-growth forest and amongst the moss. Serial killers, like Ted Bundy and Gary Ridgway, the Green River Killer, who used the Northwest landscape to stalk and hide their victims. Tales of Bigfoot and UFOs. Examples of possession as in Stephen King’s horror story The Shining, whose exterior shots were filmed at Oregon’s Timberline Lodge, and JZ Knight channeling an “entity” named Ramtha in Yelm. D.B. Cooper was emblematic, too: the mysterious outlaw who hijacked a jet for ransom and then disappeared after parachuting into the wilderness. He vanished like a shape-shifter, a creature common in Northwest native legends.

Such things have been foundational to our image, and fodder for regional imaginations. It wasn’t the image fostered by any chamber of commerce or visitor and convention bureau.

It presented the Northwest as a magical landscape — something that seems to be an almost-unbridgeable distance away from today’s tech-drenched Seattle.

Noir had its soundtrack, too — one that was profound. At the time of Egan’s noir story, grunge rock was breaking out. Seattle became the mecca for angst, rebellion, pain. The early ’90s saw breakout albums from Nirvana, Alice in Chains and Soundgarden, bands whose lead singers are dead now. Musically, it was like the outburst of creative energy akin to England’s Romantic 19th-century poets — Kurt Cobain, Layne Staley and Chris Cornell were the Byron, Shelley and Keats of our place and time. The music reeked of the region, giving voice to agony and isolation mixed with exuberance and humor.

A moment of noir nostalgia: When Chris Cornell died earlier this year, I watched a video of him singing “Hunger Strike” with Temple of the Dog and Eddie Vedder at Seattle’s Discovery Park in 1991. They wander under inky skies, on the beach and at the cliff’s edge above Puget Sound. The song and imagery feel like a lament, but also capture the noirish Northwest and the bittersweet quality of a beautiful place tinged with sadness.

This is not the Seattle that influences American culture today. Starbucks has bloomed across the planet. Instead of logger coffee, the Northwest brings the world the Unicorn Frappuccino and beef jerky cold brew. Seattle sells itself as America’s “most progressive city” or a STEM city building a high-tech, science-minded future propelled by those who write code. Instead of grunge and garage bands sweeping over America’s youth, Amazon builds drones, and Jeff Bezos builds rocket ships and employs robots. We’re less about angst and more about science fiction becoming fact.

While creative bastions like Capitol Hill, the Central District and once-freaky Fremont become unaffordable, driving out artists, South Lake Union has become the new model of Seattle neighborhoods: pricey, suburban-like and tech-focused. And where quirkiness survives, it seems to have been sanitized. The TV series Portlandia feels like simply an extended comedy sketch that makes fun of trust-fund kids, but there’s no edge, only superficial hipster self-absorption. Northwest noir has become burnished into Northwest glitter, something meant to shine on the sunny days that climate change is supposed to bring, enjoyed from a condo balcony.

These changes set the stage of noir nostalgia. Cornell’s death sent people to re-listen to the music of the ’80s and ’90s, and stations like KEXP-FM devoted hours to his musical legacy. His death made people aware of the death toll on the voices of grunge: “Eddie Vedder stands alone now,” wrote Travis M. Andrews in The Washington Post, spurring a kind of Vedder Preservation Act, as if he were the last of an endangered species. Visits to the Cobain bench in Denny Blaine, the unofficial memorial next to the site of the Nirvana singer’s death, seem to have picked up as people remember the power and grit of his music.

The TV show Twin Peaks was revived on Showtime in May with many of its original stars, including onetime University of Washington student Kyle MacLachlan as FBI Agent Cooper. Peaks’ revival seems to have all the strange David Lynchian convolutions that hypnotized us in the early ’90s. It was never so much about plot as it was the eerie images that captured our essence: brooding Mount Si, thundering Snoqualmie Falls, old diners and lodges, small-town eccentrics and an isolated beach where a body could be found.

It’s not that Northwest noir is making a full comeback. But for a generation that is aging in a region that is rapidly changing, these ’90s cultural signposts bring some light to the dark, pre-gentrified region, one that once crafted us as a unique place in the country’s mass culture.

A slightly different version of this column ran in the August issue of Seattle Magazine.