City to judge: On police reform, it's time to move forward 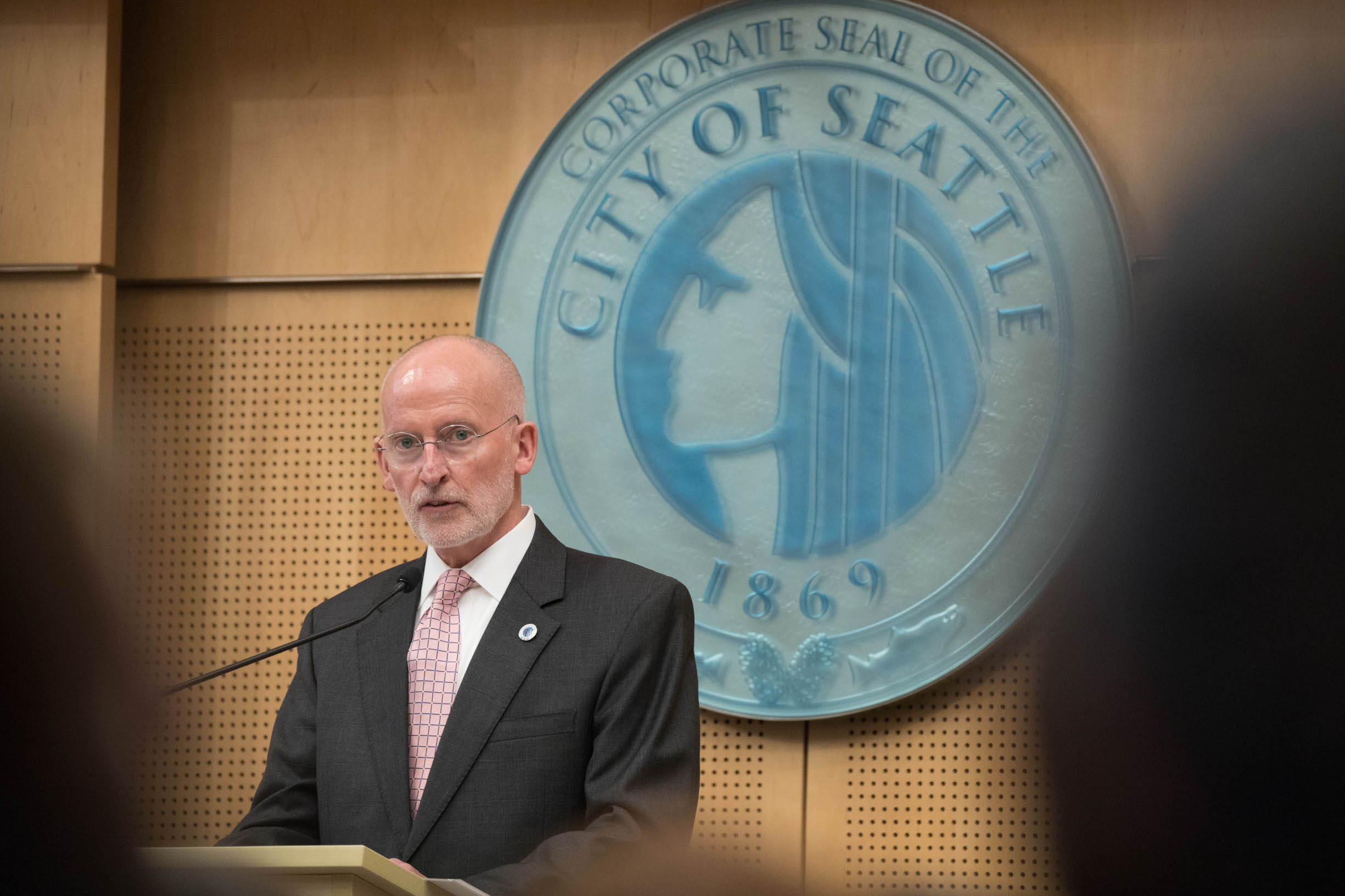 When it comes to police reform, Mayor Tim Burgess and City Attorney Pete Holmes say the city has fulfilled its obligations under a federal mandate to overhaul the Seattle Police Department (SPD). In a court filing Friday, Holmes called it a milestone.

This is not the end of the agreement; that decision is not for either Holmes or Burgess to make, but U.S. District Court Judge James Robart’s. But this is the first formal request to free the city from its obligations under the federally mandated reforms, passing the ball to Robart to decide whether he agrees.

In his only sporadic appearances in the courtroom, Robart, a George W. Bush appointee who does not hesitate to scold people who appear before him, has shown he's in no rush to declare the process complete. In a July status conference, he acknowledged the long-building impatience from city officials to escape from underneath the mandate and rejected any hint that it was something that might happen quickly. “Why don’t we declare victory and all celebrate?” he asked rhetorically, before answering himself: “It’s not going to happen.”

The agreement with the Department of Justice came out of a 2012 lawsuit against the city, spurred in part by the shooting death of Native American woodcarver John T. Williams at the hands of Officer Ian Birk. The lawsuit claimed officers were systematically violating citizens’ constitutional rights by using too much force. The lawsuit also found patterns of bias in the police department, although it could not produce enough evidence to conclude this was the case.

Instead of going to court, the city settled the lawsuit, entering into a consent decree to overhaul the police department under the oversight of an independent monitor and a federal judge.

Last summer, the monitor, Merrick J. Bobb, concluded the city had met ten out of ten checkpoints, including its use of force. But he declined to recommend the consent decree be lifted, citing the shooting death of African-American mother Charleena Lyles.

Robart, for his part, was also unwilling to declare victory, pointing to ongoing union negotiations and their ultimate effect on recently passed accountability reforms in the city. “You’re giving me a work in progress and asking me to approve it,” he said in July, adding later, “How is it that you want me to say what’s there now is OK, when it is potentially impacted by developments that I can’t predict?”

Today’s filing from Holmes and Burgess is significant because it's the first time the city has filed a motion requesting the consent decree be lifted. If Robart agrees, that would begin a two-year monitoring period to ensure the reforms do not backslide.

It is also a specific and directed rebuke of the monitor’s report. In its filing, the city acknowledges that there is more work to be done and pledges to continue that work. But, argues the city, the consent decree was not written to address everything wrong with the police department, only that which is unconstitutional. And on that front, the city has done enough.

“The parties and the Monitor have spurred reform that goes further than the Consent Decree, but those reforms are not a prerequisite to ‘full and effective compliance,’” reads the suit. “The ten assessments document SPD’s hard work to reach that milestone. It would be contrary to the letter and spirit of the Decree to move that milestone farther down the road.”

A spokesperson for Holmes' office, Kimberly Mills, said the city has requested a hearing to make oral arguments to Judge Robart but has not received a date. And, she noted, the judge is under no obligation to grant a hearing on the city's filing.