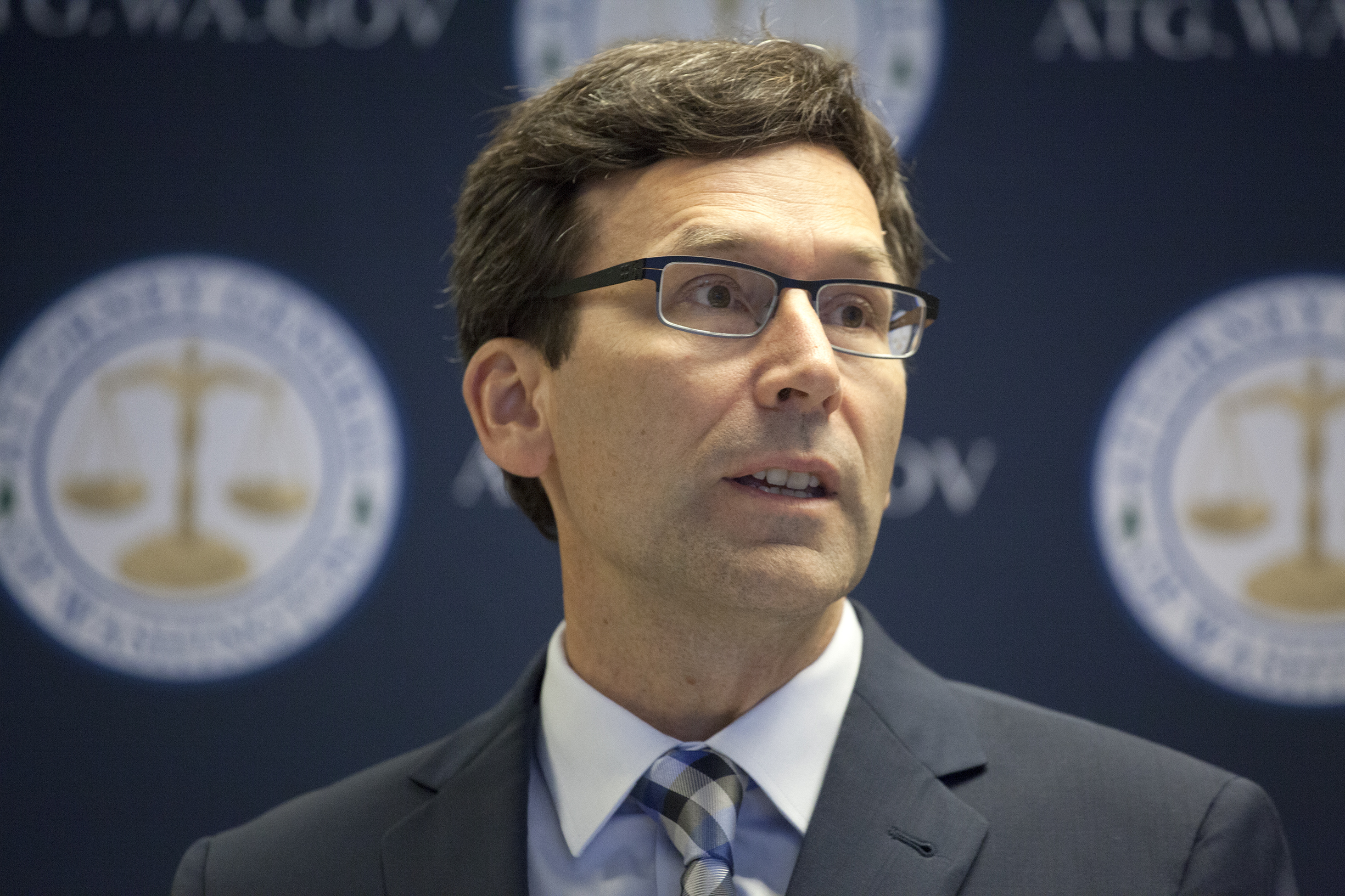 Twelve-year-old Matthew Dennis of Kirkland fought leukemia in a Seattle area hospital with opioids being used to manage the pain through a drip IV.

He became addicted by the age of 13. His behavior went south. Today, Dennis is 31, homeless and one of the many heroin addicts for whom opioids were his gateway drug. Though his parents were told there was no risk of addiction, his mother says he's repeatedly failed in efforts to get clean.

“It's heartbreaking, very heartbreaking,” said his mother, Rose Dennis, at a Seattle press conference in which the State of Washington and City of Seattle announced lawsuits aimed at making drug makers pay for the addiction epidemic.

In suits being filed Thursday in King County Superior Court, Washington and Seattle allege that 125-year-old Purdue Pharma intentionally misled doctors in portraying its opioids as proven effective and non-addictive for long-term use. And the plaintiff’s claim Connecticut-based Purdue Pharma intentionally pushed massive uses of OxyContin and other opioids to get people dependent on its products, while deliberately overlooking obvious signs that some healthcare providers were overprescribing opioids.

Purdue Pharma, which manufactures OxyContin and other brand-name opioids, said it looks forward to showing the suits are off-base.

Washington Attorney General Bob Ferguson said the company's actions have been a significant factor in creating the opioid crisis. "I don’t know how executives at Purdue Pharma sleep at night,” he said.

The state's 130-page suit alleges that Purdue, "cloaked the sale of its products in the legitimacy of medicine." And the suit alleges, "Purdue’s business practices were specifically aimed at expanding the most dangerous and deadly kind of opioid use — the long-term prescription of high dose opioids.”

Purdue Pharma said in a written statement, “We are deeply troubled by the opioid crisis and we are dedicated to being part of the solution. … We vigorously deny these allegations and look forward to the opportunity to present our defense.”

A Sept. 9 Bloomberg News story noted that Purdue Pharma has filed a response to a similar lawsuit in Ohio that argues the U.S. Food and Drug Administration has approved OxyContin for use as a painkiller, and has approved its safety warnings, so federal law bars Ohio from seeking to hold it liable under state law. And Purdue Pharma argued that Ohio has no evidence that aggressive OxyContin marketing has caused specific harm.

Washington and other states contend that state consumer protection laws give them jurisdiction over Purdue Pharma’s marketing efforts.

Meanwhile, the city of Everett filed a federal lawsuit against Purdue Pharma earlier this year, alleging that the corporation knows that much of its pills end up on the black market, and has done nothing to prevent that.

Seventy-five out of every 1,000 Washington residents reportedly received at least one opioid prescription in 2014.

“Once a patient starts opioid treatment, it is extraordinarily difficult to stop. ... In one study, almost 60 percent of patients who used opioids for 90 days were still using opioids five years later,” Washington’s lawsuit said.

Washington’s lawsuit alleges that Purdue Pharma based its contention that long-term use opioids is non-addictive and helpful on a 1994 hypothesis in a medical journal that had no follow-up studies for proof. The state also contends that numerous independent studies have shown that opioid use is not an answer to long-term pain, but instead leads to patients needing more OxyCodone and other opioids in more frequent doses to provide the same amount of pain relief.

And the lawsuit argues that Purdue Pharma deliberately turns a blind eye to signs of overprescribing and opioid abuse — citing about a half-dozen cases in Washington. The most prominent involved Dr. Frank Li and the Seattle Pain Center.

“Purdue’s sales call notes repeatedly reference how busy Dr. Li and his staff were – which, combined with the exceptionally high opioid prescription numbers discussed below, should have been [a] red flag that OxyContin and other opioids were likely being abused,” the lawsuit said.

Seattle Pain Center and its satellite offices closed in July 2016, after the Washington State Medical Commission suspended Li’s license because of his prescription practices.

The state is seeking Purdue Pharma’s profits from its Washington sales — an amount still to be determined.

Rose Dennis said her addicted son can't live at home because he often steals items to pay for his drug usage.

"I know in my heart he wants to fight it," she said, "but he has this disease."