The Vietnam War: Seattle man recalls his story as a Vietnamese officer 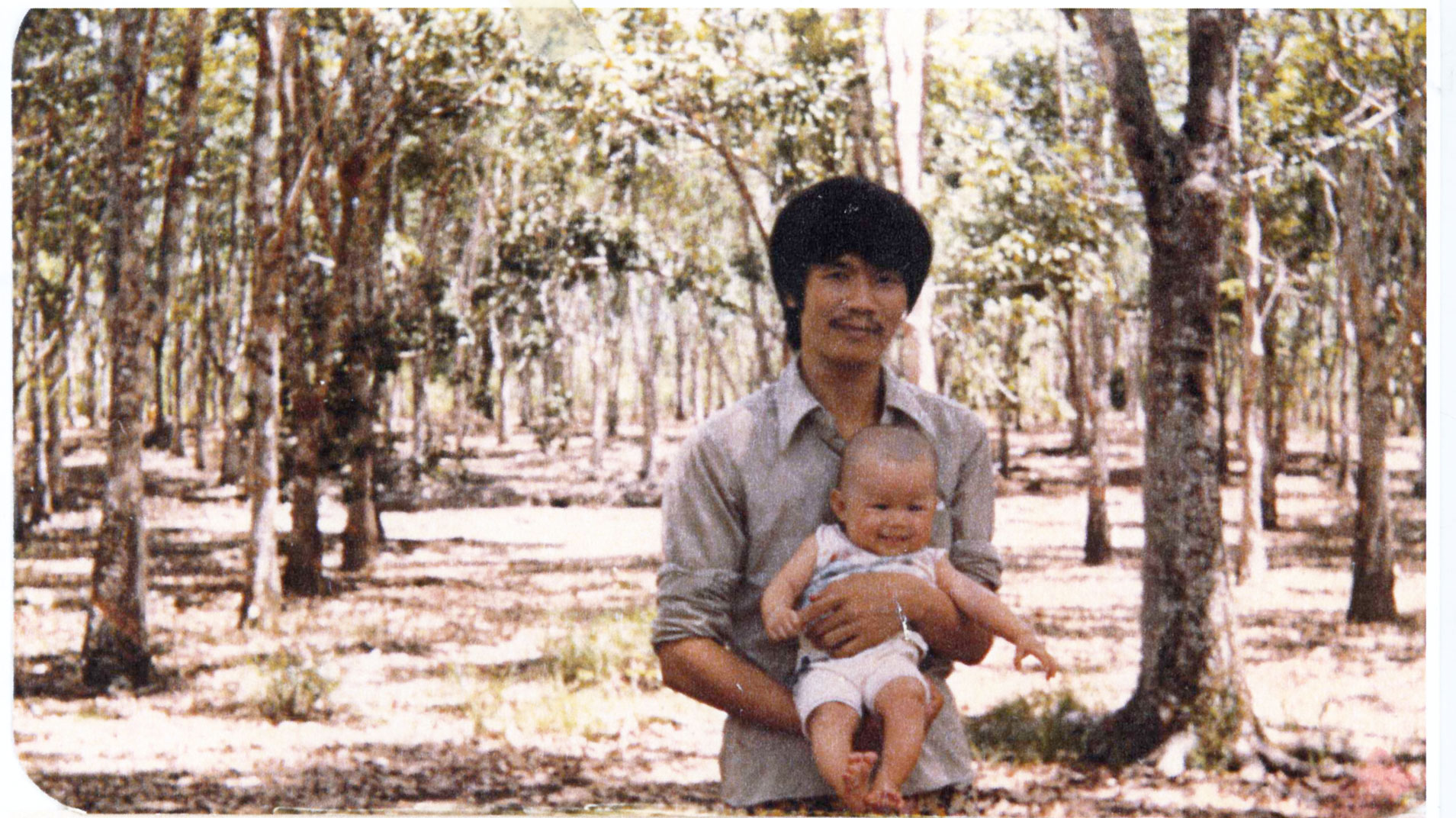 Kim Pham with his daughter Julie at a refugee camp in Indonesia.

Before coming to the United States, Kim Pham was an officer in South Vietnam's army during the Vietnam War. Here is his story, as told to his daughter Julie Pham. They came to  Seattle as refugees from Vietnam in 1979.

The first time I was a refugee, I was 4 years old.

The First French Indochina War had already started by the time I was born in 1950 in Ninh Binh-Thanh Hoa, a heavily Catholic Northern province in Vietnam. When I was 4 years old, the Geneva Accord split the country in half and people could choose to migrate north or south.

Although I couldn’t remember anything at that time because I was a child, my family told me the communists were terrorizing the north. Everyone was afraid of them. So when there was an opportunity for us to go south, we took it.

We eventually settled in Saigon. I went with my parents, my older sister, my older brother and my younger sister. Through family connections, my father got a great job working for USAID, an American news agency that published the beautiful magazine, Thế Giới Tự Do (The Freedom World).

I began to understand the concept of war when I was 10 years old as I started to recognize the fighting as warfare and from reading the USAID materials. I studied at Lasalle Taberd, one of the elite French-Vietnamese schools for boys in Saigon. My uncle, Frère Adrien Pham Ngoc Hoa, was the principal and one of founders of Lasalle University before 1975. When I was 16 years old, I started to really think about the war because being drafted was only a few years away.

All able men in South Vietnam were drafted. It was not a matter of if, but when.

We knew it was our responsibility to fight for freedom and democracy in the South. The other side was a dictatorship. They were coming from the North to the South and killing people. But we also knew that fighting for this freedom would likely mean sacrifice and death. Every day, I’d see the flags and coffins in the streets, people dying and crying and bombings. Just because we knew it was the right thing to do didn’t make the prospect of death to an 18 or 19 year old any less scary.

The draft was certain. If I could pass the baccalaureate test, then I could become an officer. The first time I took the test in 1969, I failed. And then I got my draft notice and started infantry training.

Knowing how my scared my parents were, I studied hard at night and I took the test again. Being able to go into the officer corps was the difference between life and death. When you know you’re about to die, you have to continue to push through. The second time, I passed.

The day I entered the military, my family was very sad. I felt like I was waiting to die, like I was someone with cancer. As a 19-year-old, I didn’t know much about the world and all I could think about was dying. I knew fighting for the freedom of people in the South came with an expensive price — the cost of our lives. In war, we all wanted to do something courageous, but we also wanted to be away from danger as much as possible. I had friends who died.

Being an officer meant I could be stationed in Saigon. I could go home at night. I selected serving in the Navy. At the time, there were only two fields of study that military officers could take while also serving: Law and Humanities. The other fields would have required us to be there during the day. I went to law school starting in 1971. In the classroom, I met many other naval officers and my future wife.

Once I knew I’d been accepted into the officer class, I worked to get accepted into the press corps, which was considered an honor. In high school, instead of music or sports, I chose to write and report part-time for a Saigon newspaper and it prepared me well.

As a press officer, I had to gain the trust of our readers and to prove we were right to fight the North. My job was to show people the horror of communism, so they would know that even if they died in war, it was for the right thing and an honor.

I loved my job. I read a lot and interviewed many people who were anti-communist. I also interviewed North soldiers who were prisoners of war, and I empathized with them. I knew their parents were also worried about them. When we met one-on-one, I didn’t feel they were my enemies.

In early 1975, I got married. By that time, many troops from the North were invading the South. Saigon was chaotic at the time. There were bombings often, including suicide bombings. There were communist spies everywhere. They lived among us. There was a lot of fear and paranoia. I remember communists trying to trap the president of the law school.

By April, we knew the end was near. Many people wanted to get to the Navy ship, but the road from home to the port was destroyed. We had planned to leave on the morning of April 30, but we couldn’t find a way. For us to have made it in time to the ship to escape Vietnam, we would have had to have gotten there the night before. By noon on April 30, 1975, Saigon fell. I was at the Navy headquarters, but my family was still at home.

We were one day too late. All the ships left straight for Guam. When it’s time to sink a ship, the plug gets pulled and water fills the ship. I felt like I was a ship whose plug had been pulled out and I was sinking. That moment was so hard. Many committed suicide.

In the two months that followed the Fall of Saigon, everyone was selling their possessions like a big garage sale. Drawers, tables and all sorts of furniture were out on the streets. Newly wealthy communists were coming in and buying things from the Southerners.

Then all the South Vietnamese officers were rounded up by the Communist government and we were told we’d go to study for 10 days. We now refer to where we were taken as re-education camp. We were then put into a big Molotov trucks, covered with canvas. It was hard to breathe. We had to try to poke holes through the canvas to breathe. There were 40 people on each truck. It was an eight-hour ride. That was the start of prison.

Ten days became 15 days, then one month, and then we knew we had been cheated and lied to. It was very hard. We barely had any clothes or food and we slept on the ground. Every four to five months, we were moved to another site. Some committed suicide. My wife was allowed to visit every three to six months. The communists would send a letter out and give them a date and the site and they were allowed to bring a package no more than 10 kilograms [about 22 pounds]. They would get one hour to visit.

Every month or two, we would be forced to write down all the things we did wrong, and denounce people. For those who denounced a lot of people, they would be praised. They thought they would get to go home earlier, but they didn’t. We held this hope the Americans would save us. Eventually, with the Humanitarian Operation resettlements, the United States did bring many former political prisoners and their families to America.

I was released after three years. I didn’t trust anyone. I was afraid they were communists. But because I was afraid of being sent back, I found a way to pay for passage on a boat to escape. I fled from Vietnam in 1979 with you and your mother. We were the first ones in our family to leave. Coming to the U.S., I was a refugee for the second time in my life.

I haven’t been back to Vietnam since. Thinking about Vietnam makes me feel so sad. Today, I am still a reporter serving my community. I started the Northwest Vietnamese News with your mother in 1986 in Seattle to serve Vietnamese people here in the Northwest.

I know there are many Americans who protested the war, and who still believe it was wrong. As a South Vietnamese officer who directly witnessed a lot of suffering, I believed then and I still believe we were fighting for what was right.

I’ve lived through many disappointments in my life. Northwest Vietnamese News gives voice to those who escaped Vietnam for the U.S. in search of the freedom and democracy we couldn’t achieve at home. 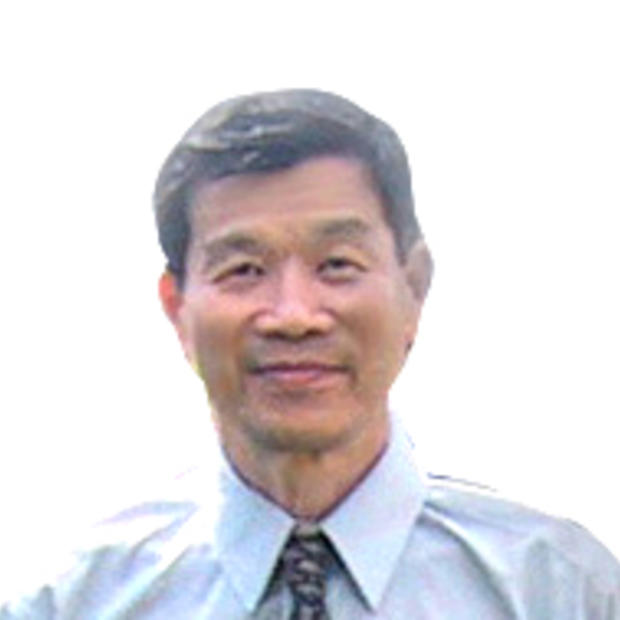 Kim Pham is the co-founder and publisher of Northwest Vietnamese News.