The state with a big tax problem? Ours 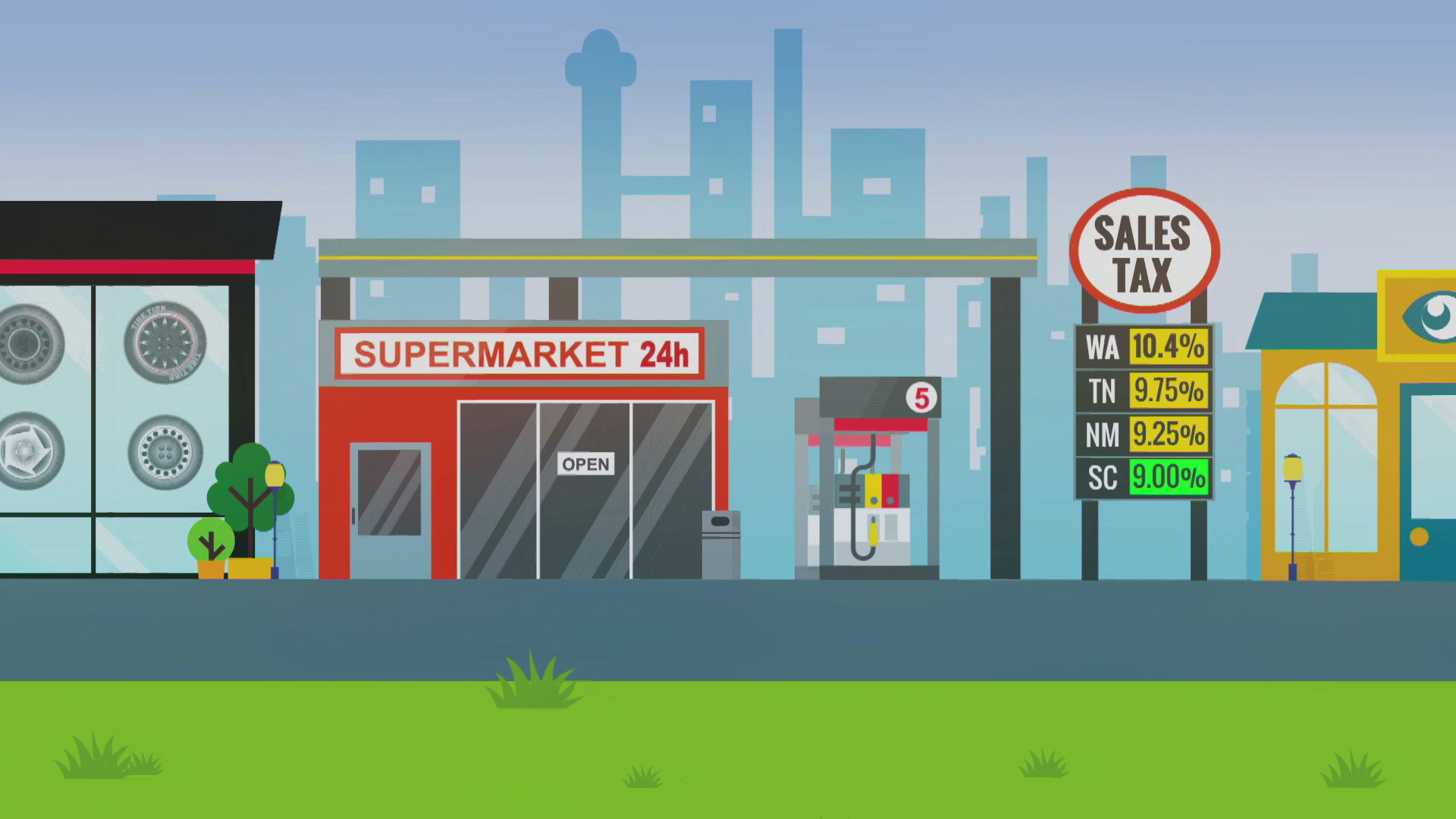 Washington relies more heavily on high sales taxes than any other state, and 77 percent of its revenue comes from a consumption tax of one kind or another.

Washington state’s vibrant and diverse economy doesn’t hint at it. Neither does Seattle’s red-hot construction and tech boom, nor the sheer wealth of some of our residents. You’d never know it by the tens of thousands of people moving to Puget Sound for the plentiful jobs and outdoorsy lifestyle.

But, Washington has a tax problem.

It simply can’t seem to raise enough money to fund basic services. Especially not in ways that feel fair to most people or even meet what courts say are the fundamental expectations for important services.

Three times in a row (Washington has a budget session every two years), the Legislature has ended at an impasse over taxes and funding. In 2017, legislators blew through three special sessions and came close to a government shutdown before finally passing an operating budget but calling it quits without a capital budget for long-range construction and maintenance projects.

The state Supreme Court famously had to step in and force the Legislature to spend billions more on K–12 education. The state is under a similar court order to improve mental health services, and the Department of Social and Health Services is in chaos and underfunded. Washington’s spending on higher education is less than recession levels and state environmental and salmon restoration programs are threatened.

Conservatives generally say there is enough tax money, and that it’s a question of spending priorities, but the Legislature hasn’t been able to agree on cuts that would bring services in line with spending. And Republican leadership has worked with Democrats on compromises that address — at least partially — the requests for additional money for services.

Liberals and progressives say Washington is simply not producing the tax revenues required to service a state with 7.2 million inhabitants. And progressives and conservatives alike agree that the state’s tax system is in desperate need of repair.

The problem? There are several.

First, our tax system is an antique. It was created during the Great Depression, when the state had to cope with falling property taxes.

Washington relies more heavily on high sales taxes than any other state, and 77 percent of its revenue comes from a consumption tax of one kind or another. But that tax base is shrinking as a part of the state’s $477 billion economy.

People don’t buy taxable goods like they did 20 years ago. The purchase of taxable goods, as a percentage of personal income in Washington state, has declined by almost 20 percentage points since 1980, a full 10 percentage points in the five years following 2007’s market crash. We are a service economy, and services are not normally taxed as sales. Consumers are also buying online, where taxes are not always collected.

“It’s a Ford Pinto in a Tesla world,” is how Sen. Reuven Carlyle, D-Seattle, a member of the Senate Ways and Means Committee, describes the state’s tax system. “We have an economy today that is wealth-oriented, and is service-sector-oriented — the two aspects that we don’t really tax.”

Secondly, our system is inadequate. It can’t raise enough money — at least not without accepting reductions in what is expected of government.

“We [Washington] are on a course from being a relatively high-tax state to a being low-tax state, on par with some of the southern states,” says economist Dick Conway, whose firm, Dick Conway and Associates, has analyzed and forecasted Washington’s economy for over 35 years. That’s a real change in how Washingtonians think of their state.

From 1995 to 2015, however, Washington slid from being 11th highest among states to 36th place in effective state and local tax rates as a percentage of personal income. In a recent analysis of Washington’s tax system, Conway places the blame — in part — on ballot initiatives (later ruled unconstitutional) that hindered the Legislature from raising taxes for nearly 20 years, but also on the inadequacy of the sales tax.

Conway estimates that Washington, by taxing below the national norm for states, missed out on $4 billion in fiscal year 2015 tax revenues alone (the most recent year he examined), and perhaps as much as $27 billion since 2005.

Both Minnesota and Colorado are among a majority of states that combine an income tax with a smaller sales tax in a more broadly-based tax system.

The state also loses out with the Business and Occupation Tax (B&O), another consumption tax applied to a business’s gross receipts.

The B&O tax, says analyst Paul Guppy, with conservative-leaning Washington Institute for Policy Studies, is “probably the biggest problem in our tax system. The most complicated, the most unfair, the most regressive. Because businesses have to pay the tax even when they lose money.”

The most astounding part of the B&O is that many industries pay so little of it. In an effort to spur investment, various state leaders over the years have carved out exemptions for the biggest drivers of the state economy — aerospace, technology, timber and agriculture — loopholes worth billions of dollars in tax revenue.

That’s typical of our broken tax system, says Sen. Carlyle. “We have high rates, narrowly applied, with hundreds of exemptions.” He believes a more sound system would have lower rates, more broadly applied with few exemptions.

Which brings us to the third challenge: equity. Not only are we not bringing in enough money, but our antique tax structure is grossly unfair.

Washington has the most regressive tax system in the country, according to Institute on Taxation and Economic Policy, a nonpartisan think tank that works on state and federal tax policy issues.

Sales taxes hit lower income households the hardest, with the poorest 20 percent of the population having 16.8 percent of their income sucked out by state and local taxes, versus the top 1 percent paying a mere 2 percent.

“Our tax system is regressive,” says Paul Guppy. “So the deal is, the higher your income, the better the deal.”

But Guppy doesn’t believe there is a shortage of tax revenues, citing a recent growth in sales tax revenue from an expanding economy. That idea is fueled by proponents of government growth, he says.

But we’re still left with the question of how to rebuild the state’s capacity to pay for basic services, and though many in the Legislature feel that they’ve addressed the McCleary education mandate with billions more in spending, the Supreme Court has yet to agree.

It’s no wonder that some louder voices are talking about a state income tax, long considered the third rail of state politics. Opponents point out that the state constitution only allows income to be taxed uniformly — no graduations, no exemptions. Seattle has recently challenged this notion, with the City Council unanimously passing a city income tax that will address incomes over $250,000. Observers believe the bill is certain to tee up a court challenge.

Meanwhile, taxpayers seem to be losing their patience with the current policy, which is not only broken on the state level, but promotes a system of government à la carte — hundreds of independent taxing districts piling on local sales or property taxes without accountability or transparency. King County’s Proposition 1, a tiny sales tax increase for arts access, was defeated in August, a sure sign that the local governments adding on to the state tax has reached its limit.

Now, many Washington residents seem to be focusing on rising rates, on fairness and equity, and another basic question: What do we gain by luring business with promises of tax breaks and zero income tax, even while a regressive tax code prevents us from necessary investments in K–12 schools, taking care of our most vulnerable, higher education and the environment?

This story originally appeared on KCTS 9 IN Close.