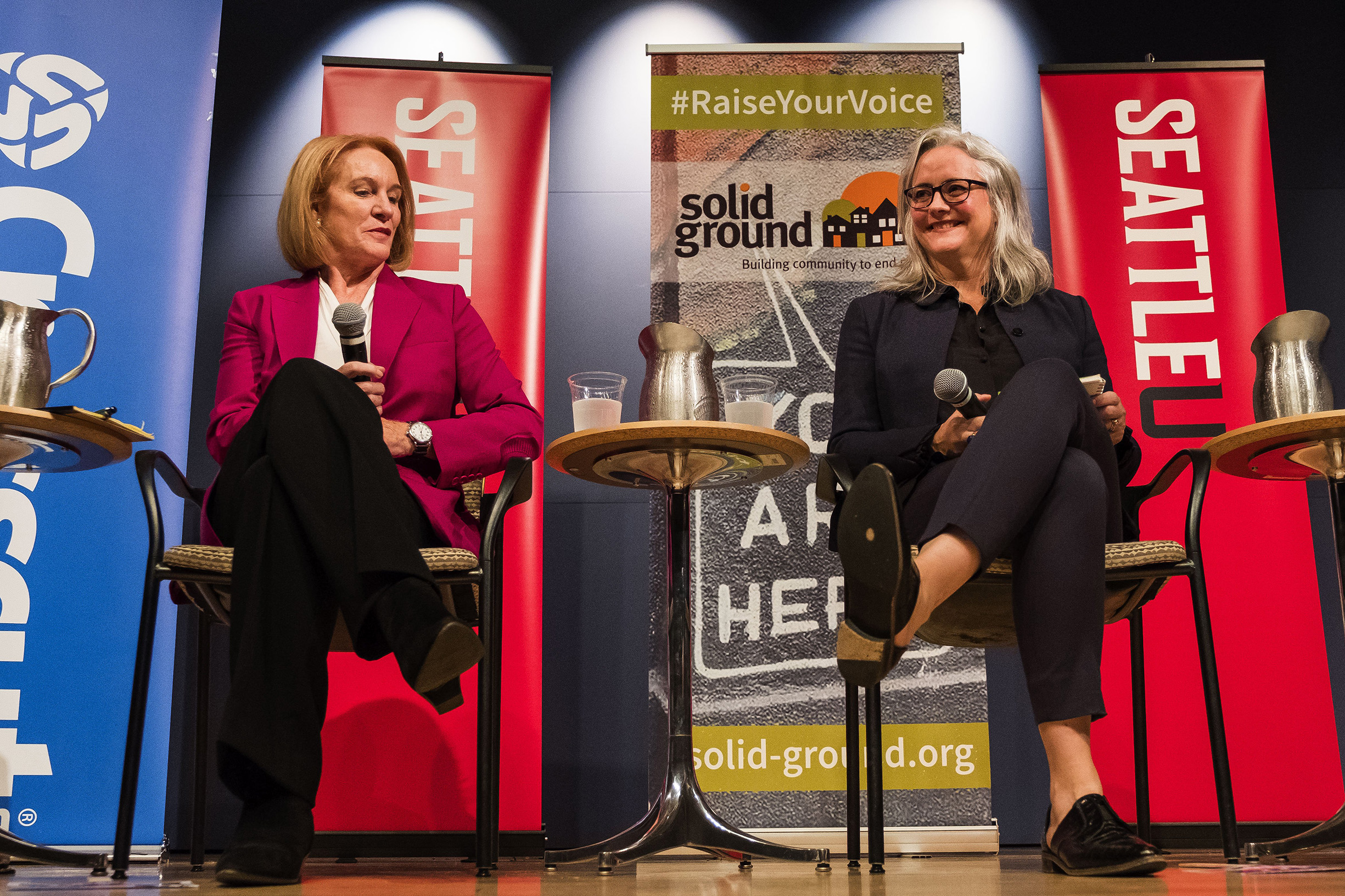 Seattle mayoral candidates Jenny Durkan and Cary Moon set out to distinguish themselves during Tuesday night's debate on homelessness and affordable housing. Read Crosscut's full recap and analysis of the debate here.

Kroman, Enrique Cerna, The Stranger's Heidi Groover and The Seattle Times' Vernal Coleman were there asking questions. The debate was presented by the Seattle University Project on Family Homelessness and Solid Ground, with Crosscut and The Seattle Times as media sponsors. Watch the live stream below.

On homelessness sweeps, Moon came out entirely opposed, while Durkan said she believed it was morally wrong to let people live in the conditions provided by encampments. In response to a question about rapid rehousing vouchers, Durkan said it was an option that should be employed, while Moon estimated that vouchers only work for a small percentage of homeless people. When the conversation turned to taxes for affordable housing, Moon was for raising them, while Durkan struck a different tone, saying that while she'd look at all options, there is a system in place. And the temperature rose in the room on the issue of a speculator's tax for foreign homebuyers. Not surprisingly, Moon supports this, but Durkan countered saying that "words matter," in reference to Moon's use of the phrase "Chinese money" in a Stranger article in April.

These are just a few notable issues the candidates discussed. For a full blow-by-blow, look at #SEAMayor or in the widget below.

Crosscut's recap: "Durkan, Moon: Not so similar after all" by David Kroman