Hanford has a starring role in Nobel Prize 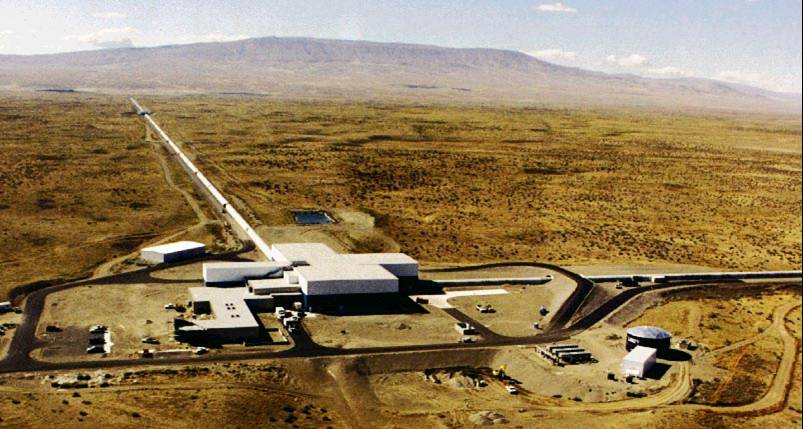 Twenty-three years ago, a Hanford-based space observatory was on the drawing board. It hadn’t been built yet, and only two concrete slabs — each two and a half miles long — had been laid among the sagebrush.

Cue Tuesday, and masterminds working with that observatory have won the Nobel Prize in Physics, in honor of its 2015 discovery of gravitational waves from colliding black holes in deep, deep outer space. The Hanford site and a sister observatory in Livingston, Louisiana, are called Laser interferometer Gravitational-Wave Observatories (LIGOs).

"The prize rightfully belongs to the hundreds of LIGO scientists and engineers who built and perfected our complex gravitational-wave interferometers, and the hundreds of LIGO and Virgo scientists who found the gravitational-wave signals in LIGO's noisy data and extracted the waves' information," said CalTech physicist Kip Thorne, one of the three recipients, in a news release. "It is unfortunate that, due to the statutes of the Nobel Foundation, the prize has to go to no more than three people, when our marvelous discovery is the work of more than a thousand."

The other two recipients are physicists Barry Barish of CalTech and Rainer Weiss of MIT. Some 1,000 scientists, engineers and technicians have been involved in the project, including a core staff of roughly 50 at Hanford.

In an effort to improve the data collection, the Hanford LIGO shut down on Aug. 25 for a year to remove tiny clutter and wobbles in the lasers and equipment.

In 1916, Albert Einstein mathematically wove space and time together, and theorized that massive objects can warp and curve “space-time.” The theory makes gravity a property of space-time. All this leads to the idea that space-time can vibrate, kind of like a rock landing in a pond with a splash, sending out ripples.

In outer space, those “rocks” could be one of many things: stellar explosions; dying stars collapsing; black holes and neutron stars circling each other; black holes being created.

On Sept.14, 2015, the Hanford and Livingston LIGOs grabbed their first gravitational waves. The Louisiana site caught the waves 0.007 seconds before Hanford did — sort of like a microphone capturing a sound wave to convert it into an electronic signal.

After five months of double-checking instruments, data and their math, the LIGO’s scientists announced on Feb. 11, 2016 that the project had found faint gravitational waves from two black holes  —  roughly 29 times and 36 times the mass of the sun — that collided 1.3 billion years ago.

“This is the most powerful event ever witnessed by a human being,” Jenne Driggers, a scientist then stationed at LIGO, said at the time. “It is enormous and exotic and amazing.”

This year, the LIGOs have discovered gravitational waves — the last with confirmation from a new LIGO in Italy — from two more pairs of colliding black holes.

Hanford and Livingston were selected as LIGO sites because of how isolated their locations are. Ultra-ultra sensitive instruments are used that require minimal background vibrations. For example, without appropriate anti-vibration countermeasures, the Hanford LIGO can tell when Hanford’s two rush hours occur and cars enter and leave the nuclear reservation.

Scientists easily sold the idea of the LIGO to the Tri-Cities. In the early 1990s, the area was going through the economic and cultural shocks from the end of the Cold War’s plutonium production and the beginning of its environmental cleanup mission. Sensitive about being a Northwest pariah with a “glow-in-the-dark" reputation, Tri-Citians embraced the idea of a huge non-nuclear scientific endeavor growing up in their area.

Construction of the LIGO itself took place from 1994 to 1999, overseen by Barish, now 81 and one of the Nobel Prize winners.

The LIGO searched for gravitational waves from 1999 to 2005 without detecting any. That did not faze the scientists, who expected the hunt to take many years, and worked on improvements to the observatories during a five-year shutdown that helped lead to the finding of waves in recent years.