It's time to prioritize wolves over livestock 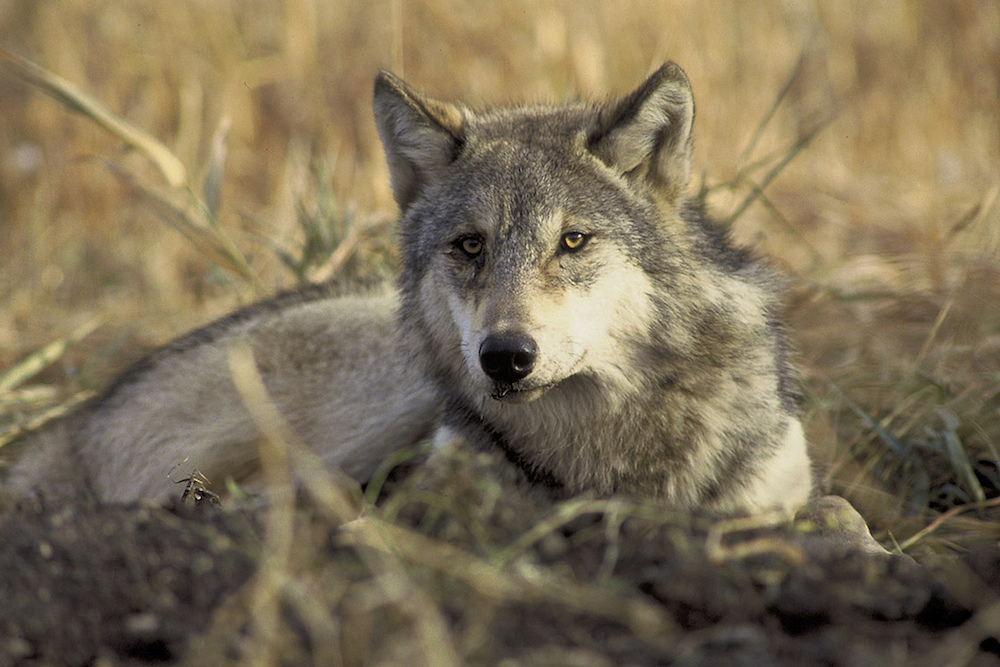 The gray wolf is protected as endangered and threatened in some states, and considered a keystone species.

It is a popular notion among some conservationists that the way to win acceptance for predators like wolves is to work with rural communities and ranchers. Gaining their support certainly helps wildlife managers justify killing packs or individual wolves whenever they prey on cattle.

But these control tactics have limited application. At best, they reduce conflicts in targeted areas and have no significant effect on the distribution or survival of native predators. At worst, they add to the delusion that widespread co-existence between predators and livestock is possible.

The killing of seven members of the Profanity Peak pack in Washington illustrates how a wolf pack paid the ultimate price for merely trying to eke out a living in a place where unfenced domestic livestock had been released to graze.

Hundreds of cattle were released on the allotment, and salt blocks used by cattle were placed near the den site. That led to wolf depredation on cattle followed by the killing of pack members. (More on the Profanity Peak pack here.)

A growing body of scientific research now shows that killing problem wolves often begets yet more conflicts. Whether the killing is done to protect livestock or for “sport” by hunters, it tends to skew wolf populations towards younger animals less skilled at hunting. Loss of individual pack members can also result in changes in a pack’s ability to hold a territory, pushing the animals into new areas where they are less familiar with native prey. Both outcomes often lead to livestock getting killed by wolves.

Even “predator-friendly” operations harm native wildlife. When ranchers use noisemakers like boat horns or firecrackers, shoot at predators to scare them, or otherwise harass wolves and other predators, this hounding and stressing of our wildlife is considered legitimate. But why should conservation organizations pay for range riders or organize volunteers to harass public animals like wolves to protect someone’s private livestock?

In effect, these groups are saying that wolves, coyotes and other native wildlife do not have a “right” to live on public lands that are being exploited by ranchers. Cows, not native to the West, have preference.

If I were to harass elk on a winter range, force bald eagles away from their nests or in other ways harass our wildlife, I would likely risk a fine. If I were to go out into the midst of a herd of sheep grazing on public lands and start shooting guns or firing off firecrackers to stampede the herd, I would risk imprisonment. But when it comes to harrying wolves, somehow this kind of harassment has become legitimate.

The negative impacts of livestock on our native wildlife go even further than harassment or lethal control — something that none of the “collaborative” groups ever mention to their membership or the press. Just the mere presence of domestic livestock often results in the social displacement and abandonment of the area by native ungulates such as elk.

If one assumes that elk select the best habitat for their needs, then displacement to other lands reduces their overall fitness. And we cannot forget that on many public lands, the vast majority of forage is reserved and allotted to domestic livestock, leaving only the leftovers for native wildlife.

If we assume that one of the limiting factors for native wildlife is high-quality forage, and that less nutritious feed means fewer elk, deer and bighorns, then we are literally taking food out of the mouth of our native predators.

When there is a conflict between private livestock grazing public lands and the public’s native wildlife, such as grizzlies, coyotes and wolves, just which animals should be removed? That is a question that “collaboratives” never ask. It is always assumed that if predators are causing problems for ranchers, the predators, not the livestock, should go.

This assumption adds up to direct and indirect subsidies for the livestock industry. As long as the dominant paradigm is that a rancher’s livestock has priority on public lands, we will never fully restore native predators to our lands. That is why we need to reframe the narrative and recognize that domestic livestock are the “problem” for our native wildlife.

Next time one of these collaboration groups asks for your money, consider giving your funds elsewhere. Look for organizations that challenge the dominance of livestock on public lands through grazing allotment buyouts or that promote the notion that public predators have priority on our public lands.