JBLM: Just down the road, but light years away 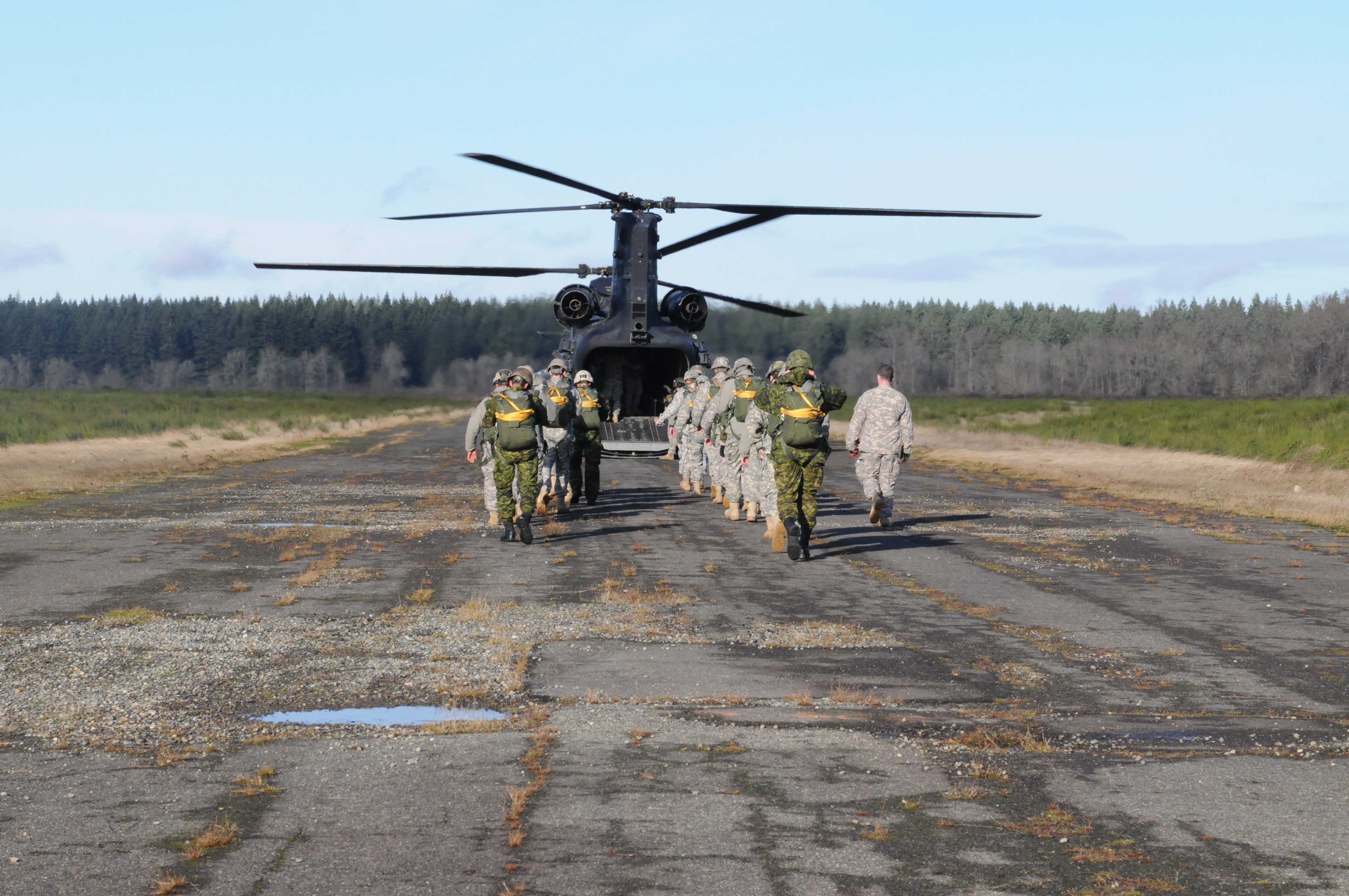 Last Thursday, White House Chief of Staff John Kelly defended President Trump's attacks on a grieving Army widow. Kelly’s lie regarding 2015 comments made by a Florida Congresswoman captured the headlines, but he also spoke an uncomfortable truth: “Most Americans,” the retired Marine Corps general said, “don’t know what happens when we lose one of [our troops] in combat… Who are these young men and women?... Most of you, as Americans, don’t know them.”

Kelly, who lost his own son in Afghanistan, gave voice to what has become clear over the past sixteen years of conflict: while the military consistently polls as the institution in which Americans have the most confidence, the nation and its armed forces grow increasingly disconnected. Thank You For Your Service, a film opening Friday, dramatizes this disconnect through the lens of soldiers returning from Iraq to a mostly well-meaning nation that cannot understand their experiences.

This is certainly true in Washington – home to the seventh-largest military population in the country – where a wide cultural separation eclipses the short physical distance separating Seattle from Joint Base Lewis-McChord (JBLM) and Naval Base Kitsap. While both civilians and service members rightly consider themselves patriots, the lives of those at JBLM marching in uniform hardly resemble those marching in Westlake to protest the latest Trump outrage.

Amy Schafer of the Center for a New American Security wrote about the civilian-military divide earlier this year. Citing a barrage of indicators, Schafer concludes that America now possesses a “warrior caste — a trend in which a large proportion of those who do choose to serve come from military families.” With less than one percent of Americans wearing the uniform, this trend is only accelerating. To reverse it, more non-military families must encourage their children to serve.

I crossed the divide when I joined the Army at the age of 23. Prior to enlisting, I did not have a single close friend or family member serving. My understanding of the military was shaped almost exclusively by glamorized Hollywood battles. The reality was far more prosaic. Amidst many rocket attacks and (blessedly) few roadside bombs while deployed to Afghanistan, I spent a lot of time marching through endless mountains with a hundred pounds of gear on my back, smoking cigarettes, and trying — with limited success — to stay awake and out of trouble.

I also learned about an entire culture. From knowing the difference between a company and a battalion to understanding each service’s mission, most Americans — my pre-enlistment self included — have no idea what the military actually is or does.

Unless you’ve lived them, most professions are hard to understand. This is as true for paratroopers as it is for blackjack dealers, home healthcare workers, or doctors. Every job has its own status symbols, its own norms, and its own jokes that outsiders can never quite comprehend.

The civilian-military divide, however, represents a danger beyond, say, the civilian-medical divide. This is because we have chosen to outsource more and more of our government’s responsibilities to the armed services, from disaster relief to diplomacy — with fewer and fewer Americans serving. This imperils both the nation and those who wear the uniform.

President George W. Bush, while announcing his Iraq surge in 2007, called the Global War on Terror “the decisive ideological struggle of our time.” President Barack Obama, while announcing his Afghan surge in 2009, said that “I am convinced that our security is at stake in Afghanistan and Pakistan.” And yet – neither president asked anyone not already serving to contribute to these national endeavors. (This does not discount the extraordinary sacrifice of a comparatively small number of courageous diplomats, intelligence officers, and aid workers.)

With this massive burden balancing uneasily on the shoulders of a few, politicians, voters, and the media can easily tune these conflicts out when they cease being “news.” Wars drag on for years without citizens demanding greater accountability from their elected leaders, costing lives and diverting resources from jobs, education, and human services.

Those without ties to the military may believe the divide doesn’t impact them; they are mistaken. A recent study by the National Bureau of Economic Research (NBER) reviewed thousands of Congressional votes about the draft between World War I and Vietnam, and found that “senators and representatives whose own families might have been affected by the draft were less likely to support it.” The implications for today are clear: elected officials without connections to the military vote more hawkishly than those with connections. Every American should care about the divide, because it has consequences for all of us.

The disconnect also punishes those who emerge from service, blinking into the lights of a “support our troops” culture that doesn’t understand what it’s supporting. Most veterans and military spouses, for example, do not know how to translate their skills to the private sector; and the private sector struggles to understand their experiences.

Military spouses, whose own service and sacrifice is often undervalued, face frequent moves, causing soaring unemployment and underemployment rates, according to research by Blue Star Families, a leading military family group. Veterans, of course, confront their own challenges. A 2012 poll by the Society for Human Resource Managers showed that 42 percent of HR managers reported “post-traumatic stress issues” as cause for concern when hiring veterans. This number speaks to how little civilians understand the military.

The good news: progress is being made on some fronts, even as the cultures remain separate. For many years, I worked on veteran employment programs with the U.S. Chamber of Commerce Foundation and JPMorgan Chase, efforts that connected tens of thousands of veterans and military spouses to jobs. These initiatives and others — like former First Lady Michelle Obama and Dr. Jill Biden’s Joining Forces — emerged earlier this decade in the wake of a cripplingly high unemployment rate of 12.1 percent for post-9/11 veterans. These private-public-non-profit efforts, in tandem with a stronger economy, succeeded in driving this population’s unemployment rate down to 3.9 percent.

As industry has stepped up, however, the question remains: what can individuals do? A college senior once asked me how he personally could support the military. My answer: “enlist.” Indeed, the most direct route to closing the civilian-military gap is to expand the pool of those serving beyond the “warrior caste.”

Parents and mentors of all backgrounds should encourage their children to consider military service. In addition to exceptional education benefits, the military can test and mold many who need discipline and who might thrive given a sense of team, sacrifice, and purpose.

For those who choose not to enlist, there are less life-altering ways to close the gap. One involves volunteering, and a constellation of post-9/11 veteran service organizations has emerged in recent years, many of which offer space for civilians and veterans to connect.

Seattle alone has chapters for Team Red White and Blue, which connects veterans “to their community through physical and social activity,” and for The Mission Continues, which brings people together through volunteer opportunities. A host of other options exist, and can be found through the VA’s Voluntary Service program.

We have come far since the dark days when returning Vietnam veterans were spat on by anti-war protesters. The hatred of that era, however, settled into a respectful, but uneasy distance. And as our nation escalates into a more intense phase of its ongoing Cold Civil War, the civilian-military relationship can help knit us back together — or drive us into increasingly antagonistic camps.

Trump will undoubtedly attack more Gold Star family members. But one day, Trump, too, will pass — and his successor will likely have better manners toward the bereaved. Yet the civilian-military divide will remain, and it presents a clear and present danger to the health of the country. Consider serving and encouraging others to do so — you might just save America.