Matt Taibbi's past comes back to haunt him 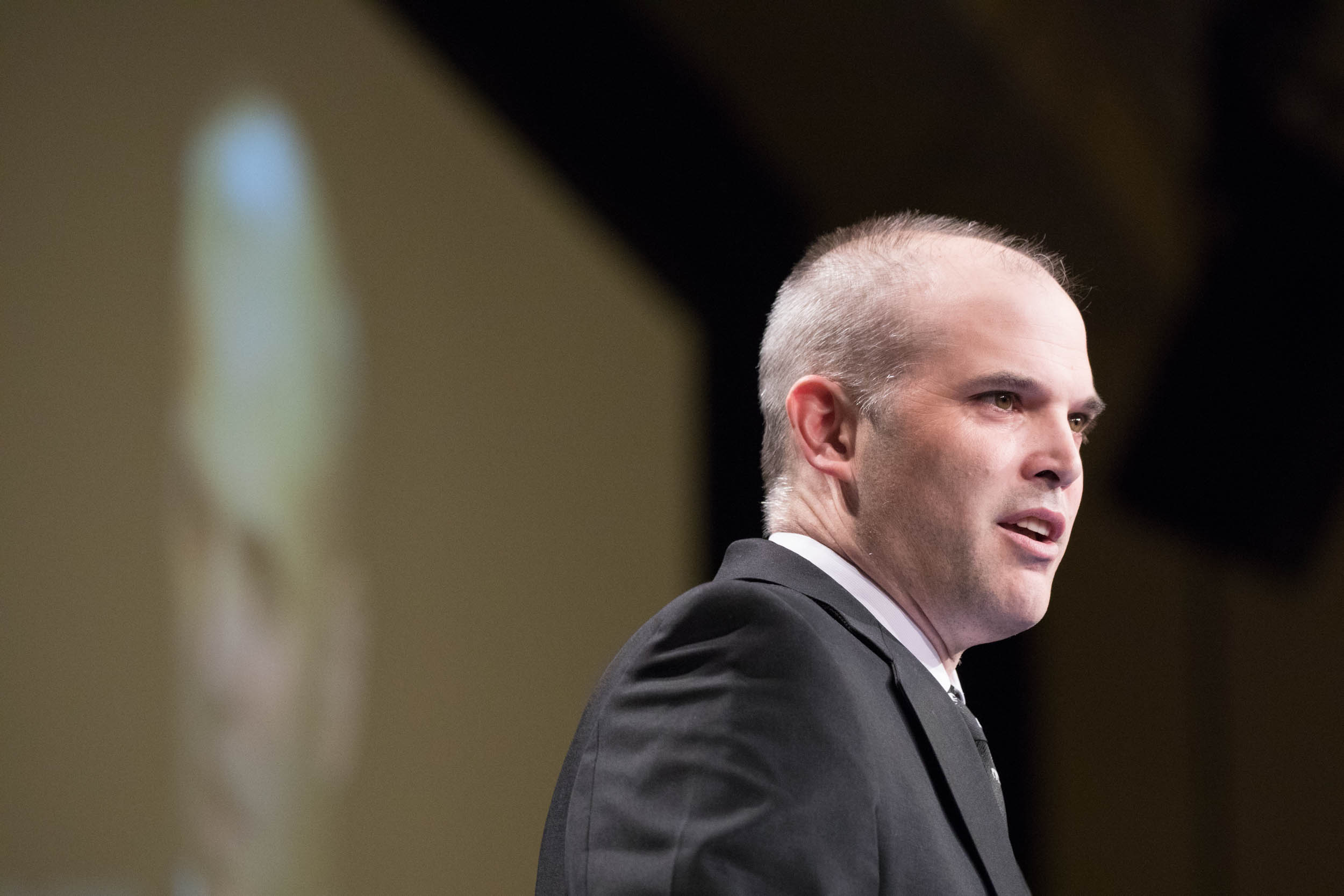 Two weeks ago, Rolling Stone Contributing Editor Matt Taibbi headlined Crosscut’s annual Courage Awards breakfast, an event held to recognize our community's best and boldest leaders. This weekend, we learned that he bowed out of a speaking engagement in Chicago amid furor over his past treatment of women, adding to a national conversation about sexual harassment and assault.

I’ll back up. Taibbi cut his teeth as a journalist in Russia, doing stints at the Moscow Times and then at an alternative rag called the eXile. It was the mid-1990s, not long after the fall of the Soviet Union, and chaos and lawlessness reigned. Here’s how Taibbi described the eXile’s mission in a 1999 memoir he co-authored with fellow editor Mark Ames, called "Exile: Sex, Drugs and Libel in the New Russia":

"We were going to tell the truth. Which was that the country was being run by killers and swine who had stolen everything they could get their hands on, and sent the whole country reeling into such chaos that people in the provinces were eating each other out of boredom and desperation."

But the memoir, co-written by Taibbi and his fellow eXile editor Mark Ames, also describes some pig-like behavior of their own. Outtakes from the memoir quoted in a Chicago Reader story describe Taibbi and Ames harassing and even assaulting female coworkers.

In response to recent questions about the book from an NPR reporter, Taibbi had this to say on Facebook:

“The behavior (Ames) describes is reprehensible. It is also — like a lot of things in the eXile, fictional and not true — I have never made advances or sexually suggestive comments to any co-worker in any office, here or in Russia.”

He went on to say that he had regrets about the eXile, which, he wrote, “was conceived as a giant satire.” Ames, too, called the eXile "deliberately offensive satire."

I knew a little about Taibbi's history before I brought him to Seattle to speak at the Courage Awards. As far as I knew, there had been no accusations of this type of behavior before or since his time in Russia, and I assumed that any actual misdeeds had been thoroughly litigated in the court of public opinion, at least, in the 18 years since the memoir was published.

Taibbi now has a family, a handful of best-selling books and a National Magazine Award to his name. He offered some of the most insightful and prescient commentary anywhere on the 2016 presidential election, and was about to go on tour to promote yet another hit-in-the-making book — this one about police brutality.

Either the eXile stories really were fictional, I thought, or Taibbi had atoned for his sins.

But the resurfacing this weekend of the stories from the eXile, new (to me) information about Taibbi's alleged mistreatment of a female coworker in the years since, and the growing conversation about sexual misconduct in this country forced me to take a hard look at my own role in sweeping Taibbi's bad behavior under the rug. My part was a small one, I suppose, but I felt that I owed my community an explanation — and an apology.

Even if the book is pure fiction, as Taibbi and Ames say it is, making light of sexual harassment and assault is in very poor taste, and nothing I, nor the rest of the Crosscut staff, would ever condone.

What do you make of all of this? Please share your thoughts with us in the comments below, or send us an email at editor@crosscut.com.