Washington's school-funding nightmare is over — or is it? 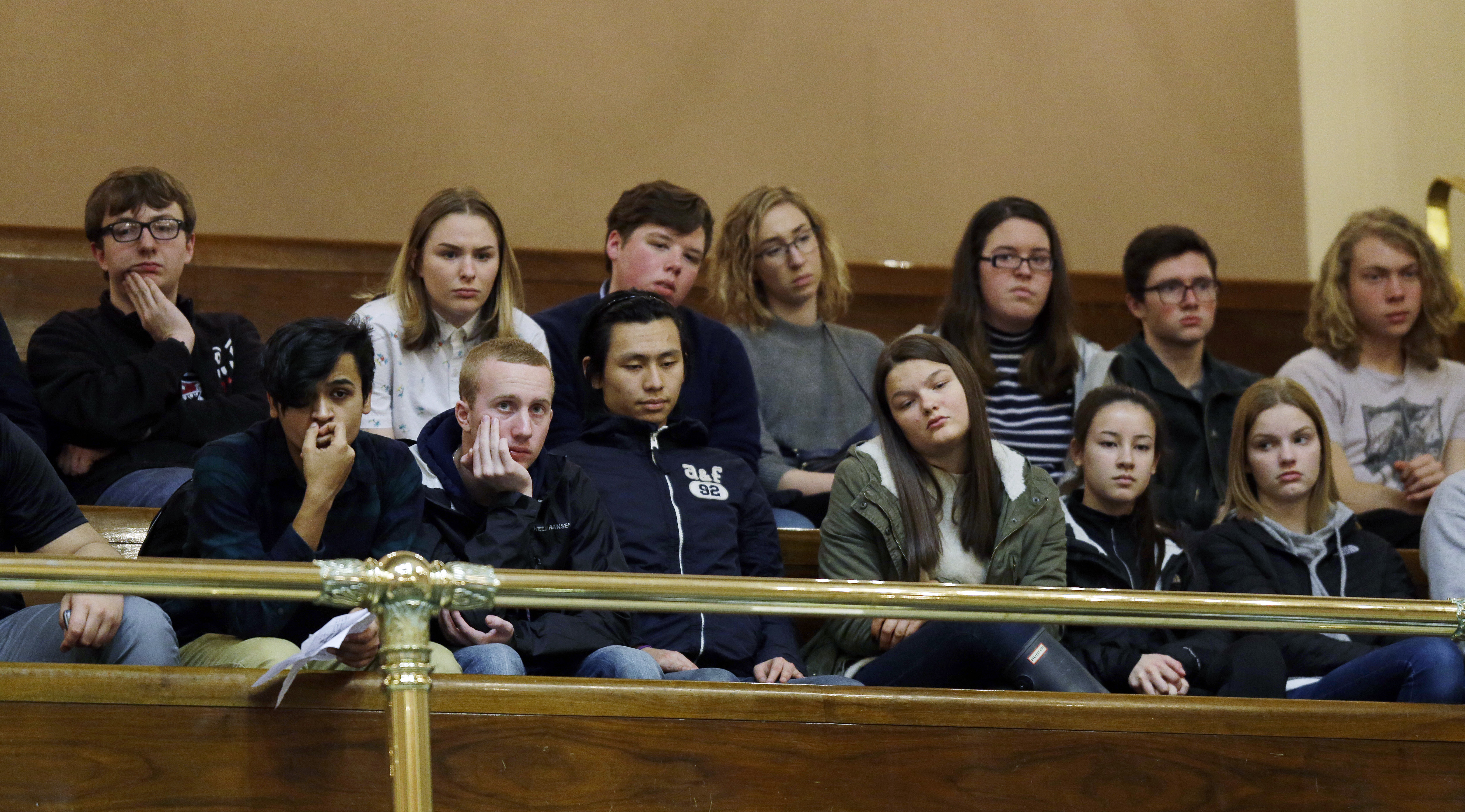 No doubt, the justices are sick of this. Who wouldn't be? The Legislature has mostly shirked its constitutional duty to provide ample funding ever since Washington became a state in 1889.

The state constitution proclaims that education is the "paramount" duty of the state, and requires "ample" funding. That language was largely treated as empty rhetoric until the 1970s, when local levies provided more and more of the public schools' revenue and local taxpayers grew reluctant to keep passing them.

In 1978, the Seattle School District won a Supreme Court ruling that the constitution meant exactly what it said: "Paramount" meant more important than anything else. “Ample” meant more than just scraping by.

Over the next 30 years, it paid for less and less. Local levies again picked up more of the tab. In 2007, two families with kids in the public schools — one family was named McCleary — and a coalition of school districts and advocacy groups sued the state, alleging Washington had breached its constitutional duty once again. In 2012, the state Supreme Court agreed. The court reasoned that the Legislature had already defined basic education when it passed an education reform bill — with much self-congratulation and no funding — in 2009. So, the court ordered the Legislature to pay for it.

It didn't even make progress toward a spending plan that would be in place by the reform legislation's target date of 2018. The court held the state in contempt.

Then, the court started fining the state $100,000 a day. The fines made headlines but accomplished nothing.  Legislators themselves weren't paying. The money wasn't even put into a special account. Last year, the state assured the court that it finally had a plan; the court didn't buy it. And the court stressed that Sept. 1, 2018 would be the no-excuses deadline for having adequate funding in place.

Now, there is a plan. There is money. But is there enough?

The plaintiffs see delusions of adequacy in the state's plan. "The State . . . declares 'full funding' without even alleging (never mind demonstrating) that its funding formulas amply fund its school districts’ actual costs," they argue in their post-budget brief.  "Ordinary citizens are deemed to know the law. Lawmakers should not be held to a lower standard."

Legislators say they've added $8.3 billion. The plaintiffs say that the number is misleading: "The State asserts big dollar ‘increase’ numbers to suggest the 2017 legislature’s appropriations comply with this Court’s order, e.g., an ‘$8.3 billion increase.’ Such numbers are . . . irrelevant to the question at hand for at least three reasons: First, many [dollars] come from adding up four years of proposed annual increases going out into the future – not the increase applicable to the upcoming fiscal year in which the September 1, 2018 deadline [falls]."

The attorneys add, "The State’s budget documentation shows its funding increase relating to the McCleary ruling is [only] $1.451 billion that fiscal year."

They also say that the state's own documents show that $2.5 billion of local levy property tax dollars formerly collected by school districts is now being levied as a state property tax. "Taking money and handing it back is not an 'increase,'" the plaintiffs complain. And much of the money is just for so-called maintenance level funding, to provide the same amount of services as before. They call that "treading water."

Naturally, the state disagrees, saying it has achieved compliance with the court's orders. Specifically, it has "increased funding for K-12 education from $13.4 billion in the 2011-13 biennium to $26.6 billion in the 2019-21 biennium. ... Having obtained what they sought — full state funding of basic education, Plaintiffs now seek to move the target."

The last-minute school funding legislation "phases in full state funding for the State’s program in a choreographed sequence that is fully complete by the 2019-20 school year."

State Superintendent of Public Instruction Chris Reykdal says he likes to look at the share of each state's GDP that it puts into public education. By that measure, Washington isn't even average. The national number is 3.6 percent, he says. Washington's is only 3 percent.

Percentages and total dollars aside, does anyone fully understand what the legislature has done? School districts that must put levy renewals on the ballot next year don’t know what they can and can’t include — and whether or not their voters think the need for levies has passed.

"I think we do," understand it, Reykdal says. But "it's taken a lot of us a lot of time," and there are "certainly implications beyond the bill."

Both Reykdal and the plaintiffs see unfunded mandates. "I think the greatest vulnerability is special education," he says. Legally, special education is an entitlement. But the new legislation caps spending. The state argues in its brief that emergency funding will cover the costs. Neither Reykdal nor local school officials believe that.

And then there are the education reform laws that require all-day kindergarten and small classes up through grade 3. Fine ideas. But in many school districts, these changes require more classrooms. The plaintiffs say the state should pay for them. The state disagrees.

If the court decides the Legislature has executed another face plant, what more can it do? This has always been the most interesting question: Obey the constitution and the court — or else what?

The plaintiffs have floated a couple of ideas. One — used successfully by the supreme court in New Jersey and other states — is simply to suspend all the state’s education laws, so school can’t open next fall, and let millions of irate parents tell the Legislature to act.

The other, mentioned by Justice Charles Johnson at a hearing several years ago, is to suspend all corporate tax breaks. Let businesses apply the pressure.

Some people still believe that funding is the Legislature's prerogative, and courts should keep their noses out.  (All three Supreme Court justices up for election last time faced opposition supported by people who opposed their votes on McCleary.) But the wind is not blowing the way of the court critics.

The Washington case is just "a piece of a national conversation," says Rutgers law school professor Robert Williams, an expert on state constitutional law. In 1973, he explains, the U.S. Supreme Court ruled — 5 to 4 — that the U.S. Constitution didn't create a right to education. School funding litigation then moved to the states.

Now, after 40 years of ruling otherwise, Pennsylvania's supreme court has just decided that the question of whether or not school funding satisfies a state constitution is something for the courts to consider after all. The majority decided that "it is fair neither to the people of [Pennsylvania] nor to the [legislature] itself to expect that body to police its own fulfillment of its constitutional mandate.”

Whatever the court decides this fall, don’t think you’ve seen the last of school funding litigation. The oral hearings for whether the Legislature has met its McCleary mandate begin Tuesday.

Does Reykdal think the issue will come around again every few decades? "I do," he says. Among other things, deciding what is ample education will remain "a really tough question."

Rutgers' Williams thinks so, too. "It's kind of an on-going conversation," he believes. Funding will eventually "reach a point where [justices] say, 'this just doesn't cut it.'" He doesn't mind.

"It's probably worth a couple of generations to try to get it as right as we can get it," he says.

Worth it or not, Washington's school funding debate will probably be here long after we’re all gone.