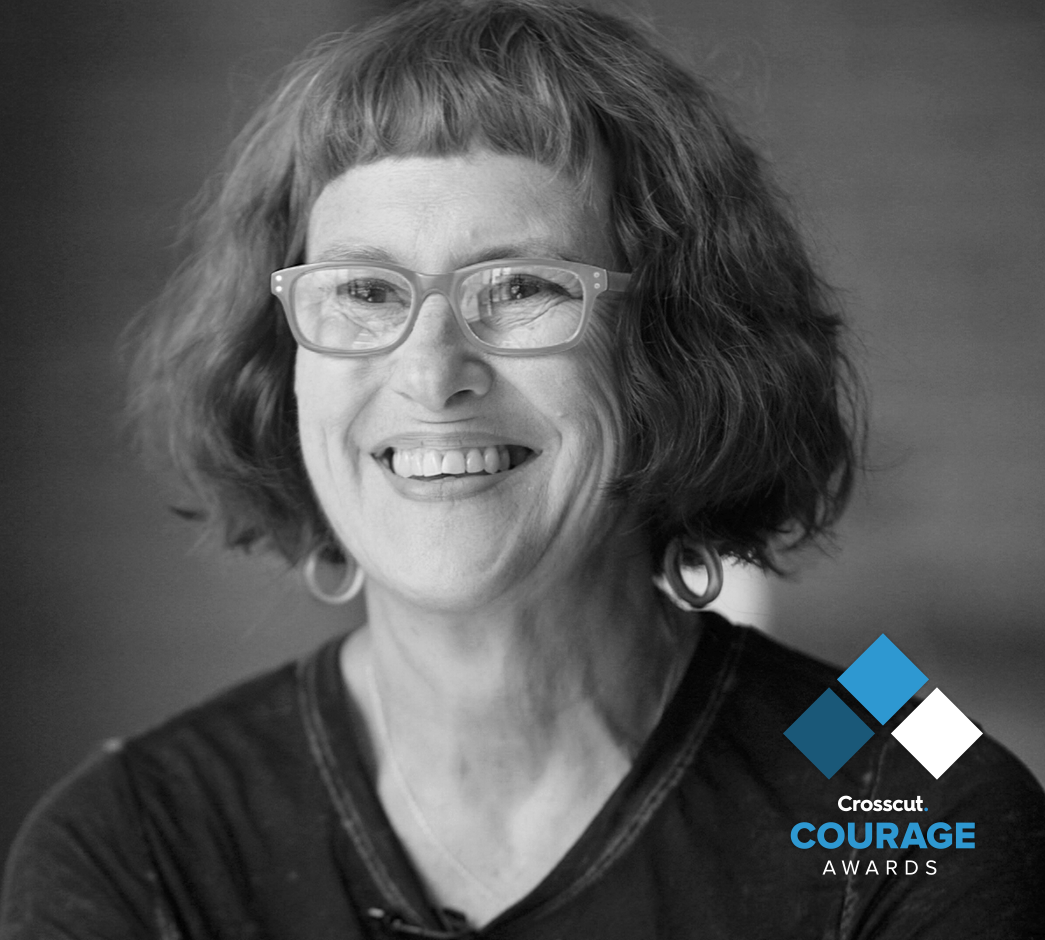 In the long and decorated arc of her career, Seattle-based choreographer Pat Graney has danced through a labyrinth of forms, styles, language, literature and music. It eventually landed her in prison.

Graney is the winner of Crosscut’s 2017 Courage Award for Culture. She and five other winners will be honored on Oct. 12 at the Crosscut Courage Awards Breakfast, featuring a keynote address from Rolling Stone contributor Matt Taibbi.

Keeping the Faith/The Prison Project, one of the nation’s longest-standing arts prison programs, is a brain child of Graney’s dating back to 1992. An arts-based residency, the program introduces incarcerated women to dance, writing, visual arts and sign language. It then all culminates in a performance.

The residency functions as a workshop in autobiography, providing participants tools for self reflection and expression. Graney has helped facilitate the months-long residency in several international prisons and many across the United States, including in Washington state. She says the women, through the sometimes-arduous process of exploring pain and making sense of it, are transformed.

More affecting is witnessing these women — many of whom have never had the opportunity — summon the courage to articulate, in both dance and prose, their story.

“All the women in the audience, they’re crying,” she says. “Because they’re telling their story.”

In addition to her work in prisons, Graney has received, among countless other accolades, 11 consecutive choreography fellowships from the National Endowment of the Arts. In 2013, she was one of twenty Americans to receive the prestigious Doris Duke Performing Artist Award.

Graney discovered her craft late, exposed to it for the first time at a community college in Tallahassee, Florida. “I really came to dance from a place of total naivety,” she says.

While art and literature were faithful companions early on, she was quickly enraptured by modern dance. She left Florida to take her yet-untapped talents to the opposite corner of the country in Olympia, Washington.

She began studying dance in earnest at Evergreen State College and later at the University of Arizona, under the tutelage of dance professor John Wilson. Graney says her calling as a choreographer grew out of an ever-present inclination to, simply, “make stuff.” Graney didn’t actually dance on stage until she was 30, preferring instead to orchestrate from behind the scenes.

As a student choreographer, she already seemed to be pushing the boundaries of dance composition at the time. Wilson told Crosscut that her senior project would have likely failed at most dance programs in the country. It was a solo piece, he says, in which Graney slid between “awkward pedestrian and jazz,” completely free of recognizable technique patterns and cliches. She wore loose-fitting black polyester pants stashed with candy bars, passing them out as she danced.

“I couldn’t stop laughing and yet marveling that I was somehow enlightened about how we were living our ordinary lives,” Wilson recalls. “That was the emergent metaphor.”

Graney rode the intellectual and creative energy of the Southwest back to Seattle, where she connected with the city’s dance luminaries. One was Pam Schick, who along with a handful of other artists, helped start what is now a revered local bastion for contemporary performing arts, On the Boards. Graney credits the organization as a formative part of her life.

In Seattle, she worked full time, squeezing in lessons and rehearsals in the evenings and on the weekends, eventually pulling together an entire series around the writings of Gertrude Stein. For an early piece called “Ida,” Graney choreographed performers simultaneously moving and reading Stein’s novel of the same name.

It was out there, she admits. But “out there” is what Graney’s work is known for.

In the ’80s, she presented performances set to short stories by Julio Cortázar and Raymond Carver, and she produced a performance in Marymoor Park involving gymnasts and uneven parallel bars, among other works. Later, in the triptych “Faith” (1991), “Sleep” (1995) and “Tattoo” (2001), which The Stranger called a “homegrown dance masterpiece,” she explored questions about women and society. Several other significant works followed, including “House of Mind,” a wild and ambitious installation performance erected in a 5,000-square-foot warehouse, which probed the theme of memory. Her last major piece, “Girl Gods,” tackled female rage.

Over the last year, Graney has served, among others, as an artist in residence at the Yesler Terrace community, working with residents there on a collaborative, multi-layered art installation, which includes portrait photography, fabric collages, castings, ink portraits, and recorded stories from residents. The entire work, which is on display now at Soil Gallery downtown, asks participants and viewers to consider the "the layered histories that have created and defined the area known as Yesler Terrace," the first racially integrated public housing in the country.

As for Keeping the Faith, it continues changing lives. In March, Graney and her team will begin a new residency at the Mission Creek Correction Center for Women in Belfair, Washington.

The 2017 Courage Award for Culture is sponsored by Alaska Airlines.