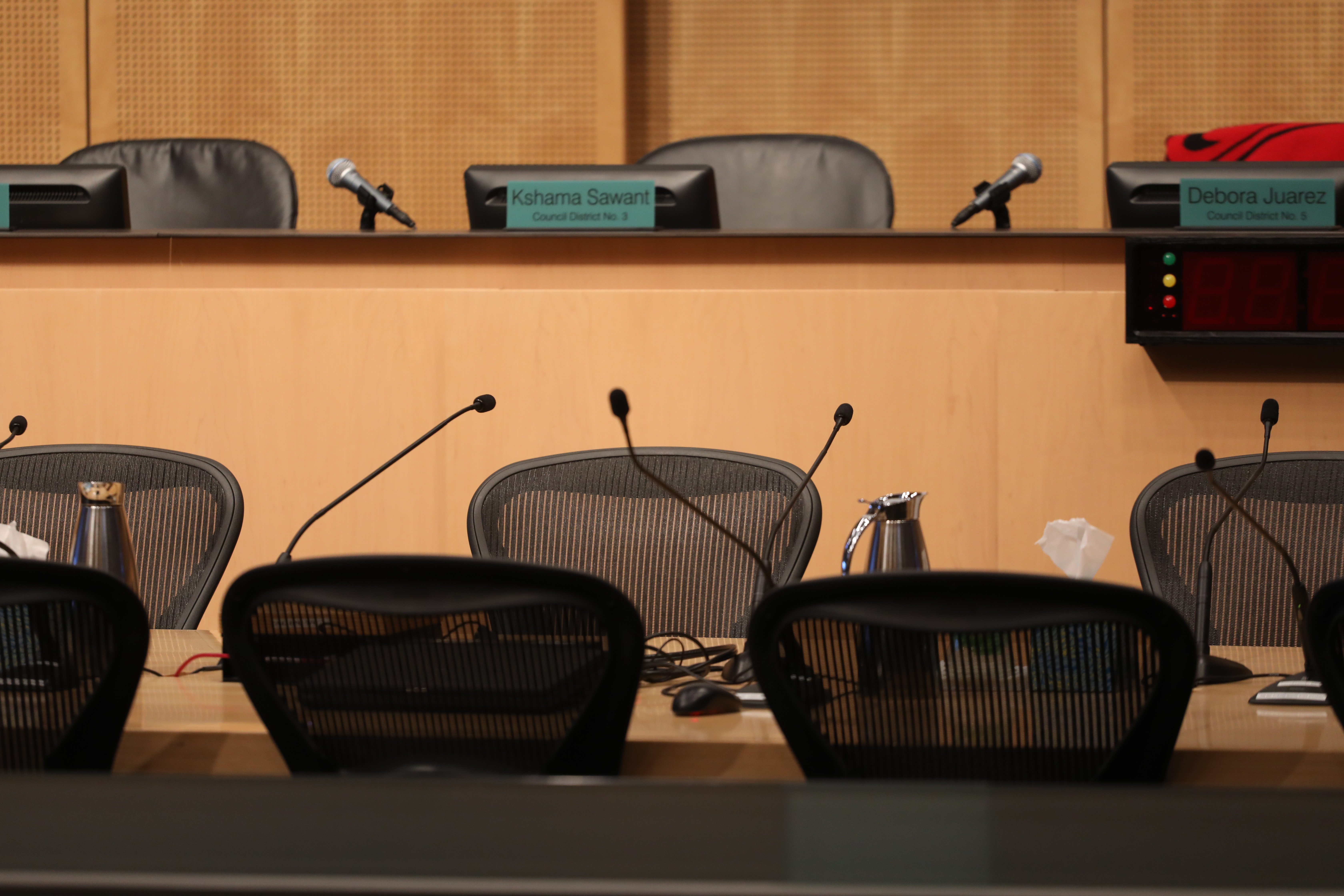 The Seattle City Council received 16 applications Monday to fill Councilmember-turned-Mayor Tim Burgess’ open seat. Of the names on the list, the obvious standout is former-Councilmember Nick Licata, whose 18-year service included several years of chairing the council’s budget committee, experience that could lend itself well to the council’s upcoming budget talks.

Beyond Licata, the pickings are slim. Kirsten Harris-Tally is the program director for Washington Progress, an organization that rallies donors for progressive colleagues, and brings with her “over 10 years of experience in training, program development, organizational development and evaluation,” according to her online biography.

Several of the applicants may look familiar as former candidates for office, albeit not very successful ones. Ray Armitstead recently failed to advance past the primaries in a race for Port of Seattle commissioner. Brendan Kolbing unsuccessfully challenged Rep. Joe Fitzgibbon for his West Seattle seat in the Washington State House. Abel Pacheco, Jr. ran for the city council seat currently occupied by Rob Johnson in 2015. And several of the applicants, like Alex Tsimerman and Tiniell Cato, ran for mayor this past year, although without any hope of advancing. Both are regulars during the public comment period at City Council meetings; Tsimerman is currently banned for his derisive and Nazi-speckled testimonies.

Whomever the council chooses will only serve in the position until Nov. 28, when the 2017 election results are certified and either Jon Grant or Teresa Mosqueda is sworn in.

The interim-councilmember will have one job: Deliver a budget. Burgess introduced his proposed mayor’s budget a week ago and now the council has until Nov. 20 to amend. Compared to the city’s full, $5.6 billion budget, the council’s changes will be relatively minor. But it does present the council with an opportunity to direct money toward individual priorities, like extra money for sexual abuse victims, immigrants, police accountability or homeless services.

In that regard, the council’s changes will be interpreted as a statement of beliefs or, as Councilmember Kshama Sawant often calls it, a “moral document.” So despite the relatively small amount of money on the table, the stakes tend to feel even higher, already spurring activism around the seat: When it first became open, a group of activists demanded the council host public forums. And later Monday, a group calling itself “Housing for All” plans to host a press conference, calling on the council to use the budget to invest more in low-income housing and do away with money spent on evictions of unsanctioned homeless encampments.

If Licata is appointed, that would grow the more left-leaning bloc of the city council from three to four, joining Sawant, Mike O’Brien and his former-aide Lisa Herbold. Before Sawant’s election, Licata was often viewed as the most progressive councilmember.

The nine-person city council requires a six-vote majority to approve the final budget.

The city council will hold a private executive session with the city’s legal team Thursday and then vote Friday to fill the position.