City will pay to defend Sawant against defamation 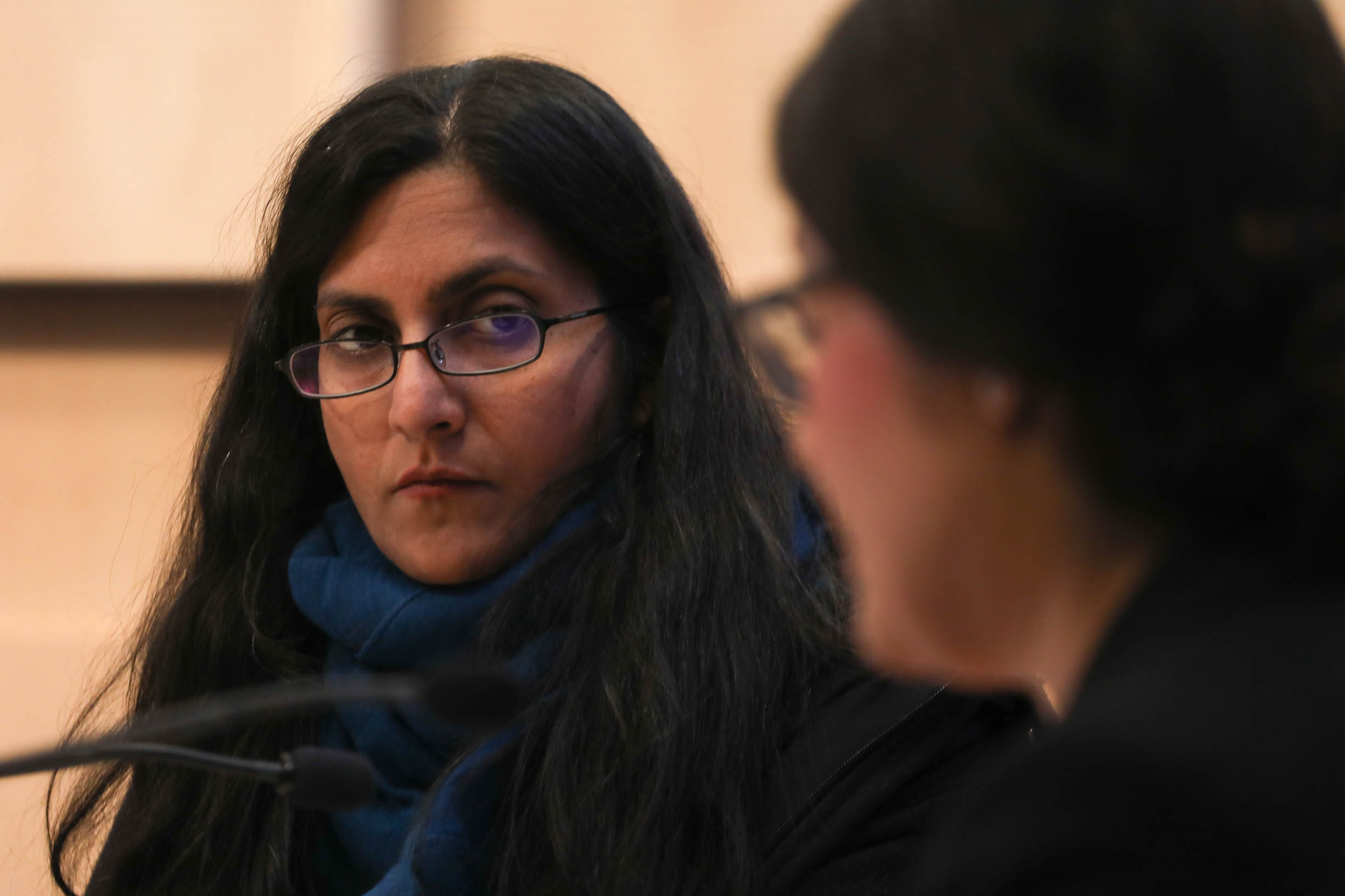 Seattle City Council member Kshama Sawant during a meeting in the council chambers at City Hall.

Seattle will defend City Councilmember Kshama Sawant in a defamation suit brought by landlord Carl Haglund, sparing her the expense of hiring her own legal representation.

Council President Bruce Harrell told Sawant in an email that the city will assist her, Sawant’s office confirmed Friday. As a result, the city could pay as much as $185,000 to law firm K&L Gates, which is already defending the city on the same defamation case, The Seattle Times has reported.

Sawant faces a second defamation suit, as well — one brought by the Seattle police officers Michael Spaulding and Scott Miller who shot and killed Che Taylor in 2016. Whether Sawant will receive legal assistance from the City for that case has not yet been decided, a spokesperson from Sawant’s office said. According to the councilmember's office, Harrell said he would decide by the end of October whether public money should be directed to Sawant for her legal aide.

Harrell was out of town on Friday; a representative from his office declined to comment.

Whether or not a city employee receives legal aid from city lawyers is up to the discretion of department directors. If an incident occurred as part of an employee’s City of Seattle duties — an SDOT employee crashes an SDOT vehicle, for example — that employee would likely receive financial legal help.

As Council president, Harrell is, technically, the head of the legislative department that includes the City Council.

Both suits were filed earlier this year. Haglund first filed a claim against the city, pointing out how Sawant referred to him as a “slumlord” and launched “the Carl Haglund” ordinance, a new law that requires landlords to bring their buildings up to code before raising rents. In the claim, he demanded $25 million from the city and a retraction. Otherwise, he said, he would file a lawsuit.

In September, he did just that, expanding the charges to include Sawant as an individual and demanding a full jury trial. In the suit, he presented Sawant's campaign materials as evidence; a flier shows a rat wearing a name tag that reads "Carl Haglund."

The second suit has been filed by Officers Spaulding and Miller. Following Taylor's death, Sawant called the shooting “brutal murder,” which the officers allege is slander. Unlike the Haglund case, Spaulding and Miller did not name the city as a defendant, only Sawant.

The police department has ruled the shooting justified and a county inquest determined the officers feared for their lives. No criminal or civil charges have been brought against them. The two officers have said they don't want any money from the city. They point out that when Sawant referred to the incident as "murder" at a public gathering she was not doing so within the course of city business.

But, as reported in The Seattle Times, Adam Rosenberg, the officers' attorney, has threatened to expand the suit and name the City if it decides to help defend Sawant.

In 2012, Seattle helped defend then-Council President Sally Clark after she struck a cyclist in Tacoma. Because Clark was the head of a department, the decision on whether city resources would be used to assist Clark was punted to City Attorney Pete Holmes. Holmes decided Clark was conducting city business at the time of the accident and elected to provide her legal resources. Seattle and the cyclist eventually settled for $400,000.

The city attorney may also soon need to decide on whether to direct city resources in fighting another high-profile legal case: A defamation claim brought against former-Mayor Ed Murray by Delvonn Heckard. Heckard is one of the men whose claims of sexual assault led to Murray’s resignation. In June, he withdrew his lawsuit against Murray claiming abuse, but in July filed the defamation claim.

How much money is being spent on legal resources is under a microscope following revelations that the city overspent its judgement and claims budget by $12 million in 2017, with another $1.4 million soon to come.