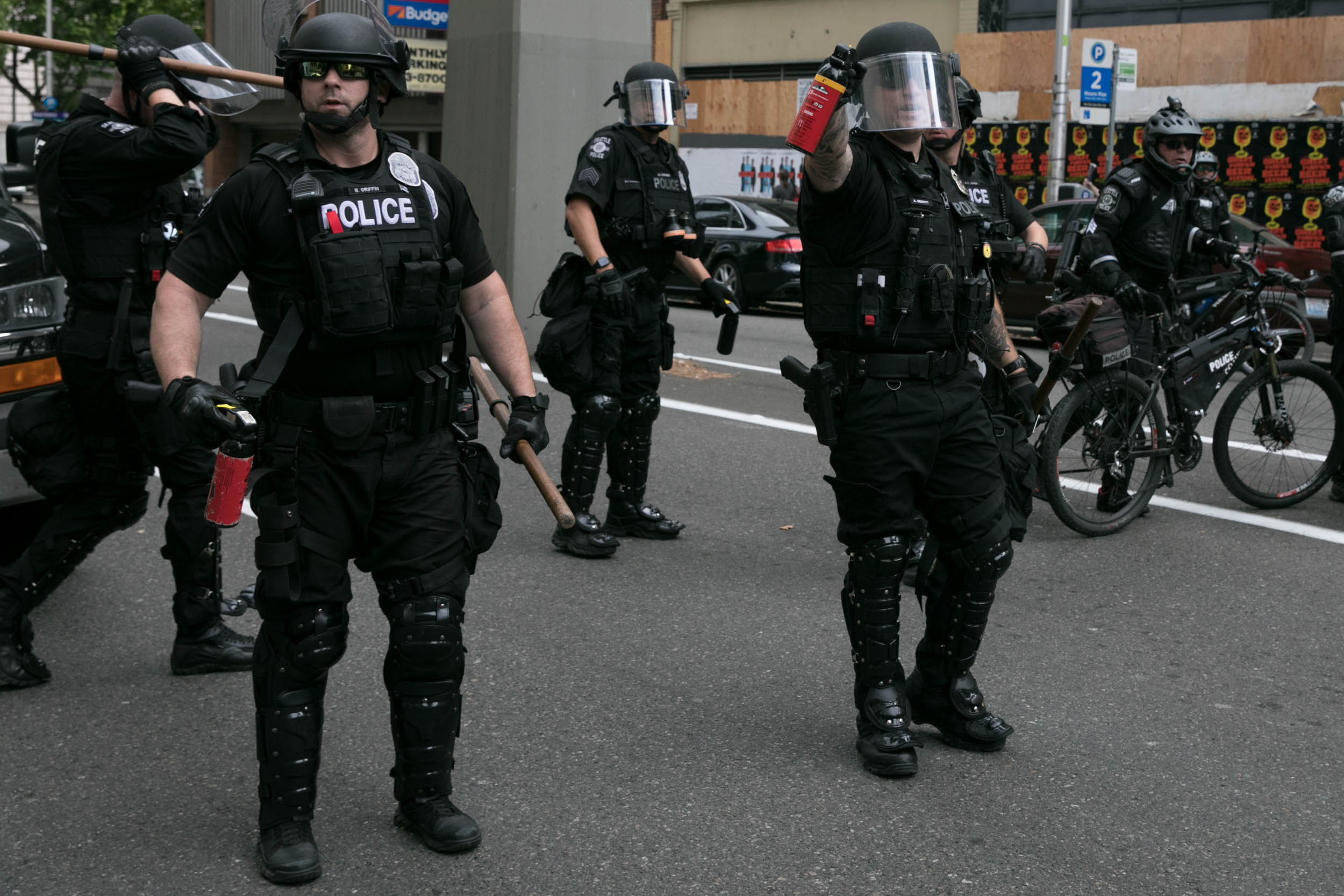 More than five years after the Department of Justice sued the City of Seattle over what it saw as excessive uses of force by its police department — leading to a consent decree mandating wholesale reforms to the police department — the government agency now believes the city has done enough to prove it is no longer violating citizens' constitutional rights.

"This conclusion does not mean the police department is perfect, nor does it end the hard work required under the Decree," U.S. Attorney Annette Hayes said in a statement. "There is more to do and issues that need to be addressed. Rather, this milestone represents the end of one chapter and the beginning of another."

Hayes' statement echoes a Friday morning letter from the Community Police Commission — a civilian police advisory body created out of the consent decree — that also argues U.S. District Court Judge James Robart, who is overseeing the reform process, should find the city in compliance.

Two weeks ago, Mayor Tim Burgess and City Attorney Pete Holmes sent a similar letter to Judge Robart arguing that the city is in compliance. And weeks prior, representatives from the Seattle Police Department penned a 47-page letter explaining why it felt the department should be released from the consent decree.

After years of tense work between the various entities, the DOJ's Friday statement completes a picture of impressive unity between SPD, the City, the DOJ and the CPC around the belief that Robart should begin the process of winding down the court-mandated reform process.

However, the final decision lies with Robart.

Under the consent decree, the SPD was tasked with eradicating unconstitutional uses of force, an issue driven home most clearly when Officer Ian Birk shot Native American woodcarver John T. Williams in the back in 2010. In 10 evaluations of the police department over several years, an independent monitor, Merrick Bobb, concluded the police department checked the box on all 10, most significantly on officer use of force.

However, citing concerns about the death of Charleena Lyles, an African-American mother shot by officers in her north Seattle apartment last June, and statistics that showed black and Latino citizens were stopped and frisked more often, Bobb declined to recommend the department be found in compliance.

No one involved in the consent decree process is arguing the police department is perfect or there's not more work to do. But the CPC — as well as Burgess, Holmes and the SPD — argue that Robart should be focused on the scope of the consent decree, which was narrowly written to focus on the unconstitutional uses of force, and not on everything wrong with the police department. Through that lens, they argue, it is possible to believe, simultaneously, that the department is both in “full and effective compliance” and still has significant work to do.

“‘Full and effective compliance’ is neither the end of police reform in Seattle, nor a verdict on remaining community concerns about police practices,” wrote CPC co-chairs Harriett Walden, Enrique Gonzalez and Isaac Ruiz. “It does not mean ‘mission accomplished.’ It does mean that the City and SPD have made significant steps toward a goal that likely never will be perfectly or permanently achieved: deploying police to keep people safe while earning and maintaining the trust of every community.”

To highlight their point, the CPC chairs point to areas where they believe reforms have gone beyond what was required by the consent decree, including sweeping accountability reforms passed by the Seattle City Council last spring, scrutiny of policing at demonstrations, police interrogation techniques and others.

The letter also highlights work its members believe will continue beyond the consent decree, including enforcement patterns in stops and detentions, SPD's Taser policies and new alternatives to investigating significant uses of force.

Finding the city in compliance with the consent decree would trigger a two-year monitoring period to ensure the reforms made under the consent decree do not backslide. While some thought Robart might begin that process last summer, he instead insisted he would not withdraw the court's oversight until union negotiations were complete.

It's unclear when or if the city, the CPC and the DOJ will get a response to the most recent filings: Robart has not yet called a status conference, nor is he required to.

This story has been updated to add the Department of Justice's statement.