Seattle: lose your ego, get an ambassador 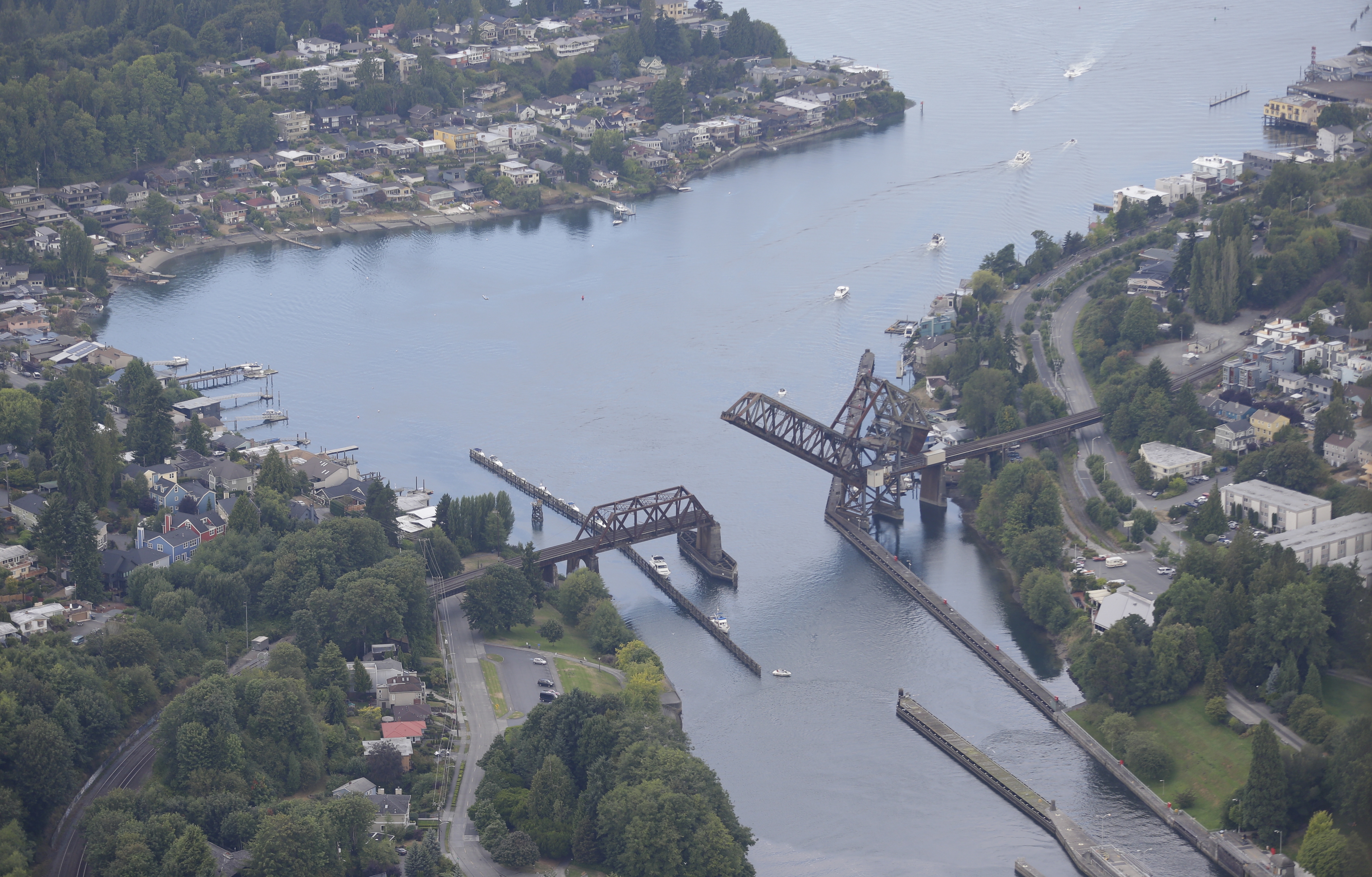 In this aerial photo taken Aug. 2, 2014, a railroad drawbridge is shown near the Hiram M. Chittenden Locks in Seattle.

Seattle has an image problem. You certainly hear about it East of the Cascades. On recent trips I’ve heard a litany of complaints. Wenatchee’s skyrocketing housing prices? Seattleites moving in. We grow the grapes, yet Westiders turn Woodinville into a kind of phony Napa Valley. House Speaker Frank Chopp? He’s the Nancy Pelosi of Washington State. And what about that jerk from Microsoft who built a huge summerhouse next door and refuses to respect the local burn ban? If there’s a gripe, all fingers seem to point our way.

But it isn’t just the East side of the state. I was talking with a Democratic candidate for regional office who was knocking on doors in South King County. He was asking voters what should be done about homelessness. The common answer, he told me: “The opposite of what Seattle’s doing.”

In our own minds, Seattle is a gleaming model of progressivism. But folks look at homelessness, housing prices, affordability, crime, taxes and traffic and, at the very least, have their doubts. They shake their heads, and some sneer: This is the progressive city on the hill?

At the very least, we have an image problem and should find a way to fix it. Changing some of our behavior might help, but we might also try some diplomacy.

Seattle has long been seen as a selfish regional player. That mostly stems from our 800-pound gorilla status, and throwing our weight around. But it’s also from Seattle demanding special treatment, including expensive state-funded solutions (see Bertha) or extending construction timelines — it’s not lost on many that the Eastside portion of the new 520 expansion is done, but the Seattle portion connecting to I-5 is still in progress.

Seattle taxpayers contribute a lot to the rest of the state and get little thanks for it — and many in Seattle resent it. That doesn’t win friends, but even less so when the city wriggles out of fiscal responsibility. On the waterfront tunnel, for example, the legislature made it clear that if there were tunnel cost overruns, those costs would have to be covered by Seattle-area taxpayers. Many Seattle politicians maintained the overrun condition condition wasn’t binding and had just been a tactic to get votes in Olympia. Right or wrong, that’s not a way to build trust. (Nor was the fact that the tunnel turned into what has been described as a “megaproject fustercluck.”

Seattle’s selfishness is also embedded in the competitive nature of the region’s origins when Puget Sound cities fought for supremacy —the Seattle-Tacoma rivalry was especially bitter and intense when fighting for the railroad. That has extended from the 19th century to this one. Seattle celebrated stealing Russell Investments, Tacoma’s largest downtown private employer, in 2009 and luring Weyerhaeuser’s headquarters from Federal Way in 2014. Is that really how to treat a neighbor?

The problem is not unacknowledged. Mayoral candidate Cary Moon said at a recent luncheon, “We have a kind of arrogance and self-interest that is off-putting to the rest of the state.”

It is also true that politicians have run against Seattle, demonizing the city for political purposes. Unfortunately it has often worked.

I put the question of how to re-burnish the Seattle brand to panelists at a recent Civic Cocktail event.

Nikkita Oliver, the activist who came in a close third in the Seattle mayoral primary, acknowledged the problem. She believes that our traditional partisan divide doesn’t work. She says she agrees with conservative radio host John Carlson who told her that she needed to speak to everyone, including the city’s Republicans. “When the left or the right become so committed to their ideologies and only their constituency, we begin to build a gulf,” she says. “ And in a state like Washington where most of the state does not look like Seattle, that gulf can quickly become a chasm when we’re not willing to understand that there are felt needs of other places across the state or in other regions.”

As a political organizer, Oliver says she thinks Seattle needs to reach out and build coalitions and stop our tendency to hog resources in the belief that our needs supersede others. She sees the city income tax movement — which Seattle is initiating — as an issue where Seattle will need the support of people around the state who will benefit from a less regressive tax structure. Out beyond the city limits there are important stakeholders.

Ron Sims, the former Democratic King County executive, thinks Seattle is acting too narrowly. “The real issue is as long as we say everything is Seattle and not the metropolitan area, we fail.” We are not a single city but part of a complex metro region, he explains. Families and people of color are leaving the city, and what were once far-flung towns are essentially neighborhoods of a larger urban entity. Growth, development and transportation need to be tackled regionwide, as well as envisioning where we want to end up.

“What will be the character of the metropolitan area?...We don’t want to address it. We keep thinking Seattle is an island. Seattle can’t possibly be an island because there are more people that live outside it than in it.” Sims says that metropolitan governance is a work in progress, but that some regions are tackling it. One example is Minneapolis-St. Paul — two cities of differing character working to create a more coordinated metropolitan region, he says.

The regional imperative has long been predicted and opposed. Metro was envisioned as a spider at the center of the web back in the 1960s. Sound Transit has been bashed over the years for being expensive and slow. Still, the term “Pugetopolis” was coined in the early 1960s to predict a sprawling metro region from Olympia to Bellingham. When affordable housing for Seattle commuters ranges from Bremerton to Bonney Lake to Marysville, it is time to acknowledge that Pugetopolis is here, a real entity that has to be managed.

Balkanization hurts us in dealing with transportation, homelessness, immigration and tax reform. If Seattle was ever an island, growth has drained the waters and our inter-dependence is clearer than ever.

What can Seattle do? Here’s one suggestion. The new mayor, whoever she is, should appoint a Seattle ambassador to the rest of the state — someone who can go out and listen, look for opportunities to connect, cooperate and build trust.

There is regional cooperation, but there is also significant tension and internal competition. Seattle needs to engage outside of Olympia, outside of City Hall, outside of its immediate self-interest and take a lift-all-boats approach to Pugetopolis. That would require us to shed the inter-metropolitan competitive mindset.

It might be that Seattle, the city, is becoming obsolete and that a regional urban entity, as Sims suggests, is our future. Can Seattle shed its ego and baggage? Can other cities do that too so it can happen?

The Seattle Ambassador could take a lead role in finding common ground, debunking myths, finding more non-partisan solutions and plotting a collective, inclusive course. The point would be to change mindsets, to think less about making Seattle a sterling example of liberalism and more about how to create a more functional region and state.