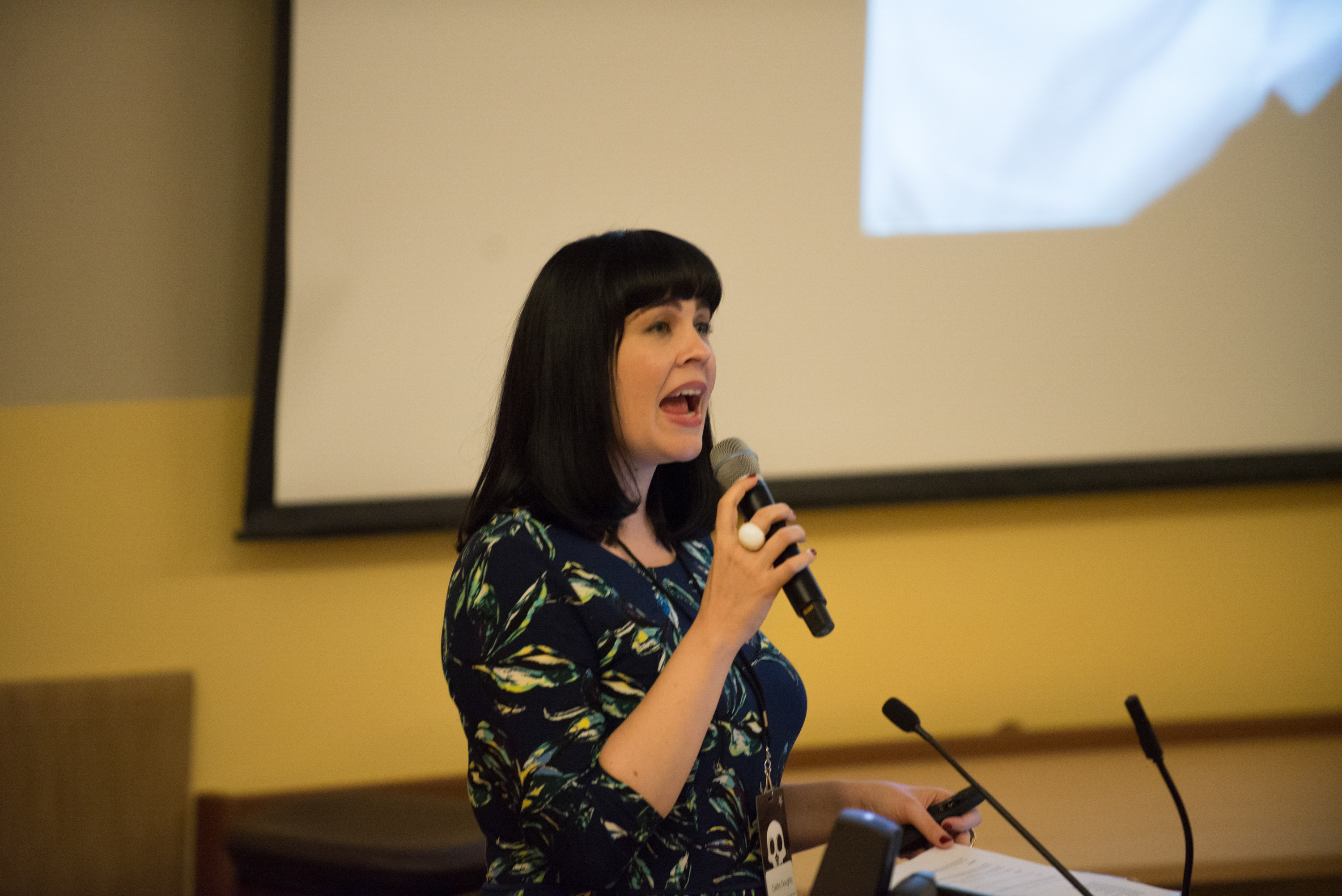 Caitlin Doughty, the co-founder of The Order of the Good Death, kicks off the 7th annual "Death Salon" in Seattle.

As Town Hall undergoes renovations, they’ve been turning their programming Inside Out, hosting seemingly more and more exciting events than ever at venues across Seattle. On Friday, they bring to Capitol Hill’s The Summit, death expert Caitlin Doughty, host of the webseries “Ask a Mortician” and author of two excellent books about death. Doughty’s 2014 book "Smoke Gets in Your Eyes" is not just a memoir of her own experiences as a young mortician-in-training, but a truly fascinating look inside the death industry and customs of the U.S. How did we end up doing it this way? she asks. And how could we do it differently? Her second book "From Here to Eternity: Traveling the World to Find the Good Death" aims to answer just that. We’re lucky to have her here, talking about her new book and then conversing with local poet Sonya Vatomsky. Check out Crosscut's piece on the Death Salon, where Doughty spoke in early September.

This year’s SIFF brought to Seattle many stellar documentaries, arguably the best of them being Dolores, all about Dolores Huerta, “the most vocal activist no one’s ever heard of.” This documentary celebrates Huerta, who’s now 87, and her activism from the 1950s and on. With Cesar Chavez, she co-founded the National Farmworkers Association (now the UFW), setting off a conversation about immigration, environmental justice and, most importantly, labor rights, that changed the course of history.  Be enlightened and inspired by the work and passion of Dolores, who’s spent her life overshadowed by men — until now. Crosscut has a Q&A with Huerta here.

For nine years, the Seattle Latino Film Festival has showcased docs, shorts and features from Latin America — from Spain to Cuba to Colombia. It has also created a space for vital conversations on its issues and history being explored in film. This year, the festival’s country spotlight is on the Dominican Republic, with a Dominican filmmaker panel, and an array of Dominican films (many sponsored by the NY Dominican Film Festival). Other compelling films include "Bones of Contention," a documentary about writer Federico Garcia Lorca and Spain’s treatment of LGBT people. Also in the line-up: A special program by Guanajuato International Film Festival, featuring 7 student films from the Identity and Belonging University Documentary Competition.

"Where there is cake, there is hope...and there is always cake" is the wonderful motto of the Depressed Cake Shop. In honor of Mental Health Week, the Depressed Cake Shop pops up for its 5th year. This year (fittingly) will take place at Capitol Hill’s Optimism Brewing. The model began in the UK in 2013, and is simple: buy baked goods from local, talented bakers and have conversations about mental health. Do this all while supporting organizations like NAMI, the National Alliance on Mental Illness. The inside of each lovingly baked confection will be sweet and colorful, while the outside of each is a drab, gray (which, by the way, is the easiest food coloring color to achieve!).

Six thousand years ago, someone accidentally rotted their porridge grains and they probably never could have dreamt that we’d eventually have a book called Distillery Cats. James Beard award-winning author Brad Thomas Parsons comes to Fremont’s The Book Larder to share his book, a collection of 15 cocktail recipes and a testimony of the past and present purposes of cats in distilleries, including hand-drawn portraits of the 30 cats profiled. Drink a cocktail, hear about the book and support PAWS Cat City.