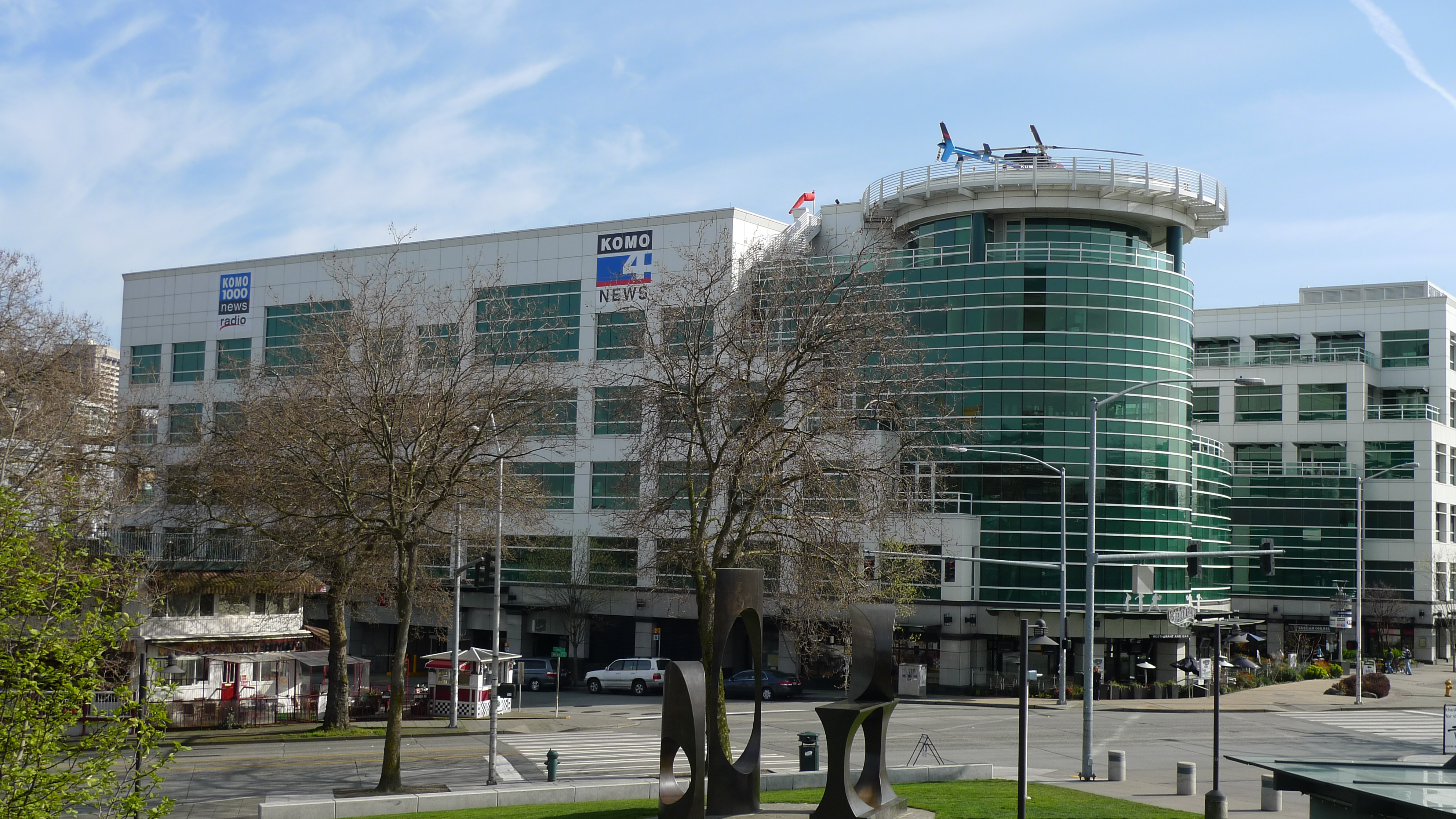 The KOMO 4 building in Seattle.

If Sinclair Broadcast Group gets its way and completes a merger between KOMO News and Q13 FOX, the local news media giant won't guarantee employment for KOMO's 23 photojournalists.

As part of ongoing contract negotiations with the KOMO photojournalist union, IATSE 600, Sinclair on Monday rejected demands for a guarantee that the proposed merger would not result in layoffs of union employees at the ABC-affiliate, according to union representative Dave Twedell.

As a result, Twedell said Monday he will urge photojournalists to vote “no” on a contract when they are scheduled to meet on Saturday. If the photojournalists take his advice, they will continue to work under their current contract, a carryover from when the station was owned locally by Fisher Communications.

The Maryland-based Sinclair is the largest local TV news distributor in the U.S., with 193 stations on 589 channels in 89 U.S. markets. The media giant purchased KOMO in 2013.

Sinclair is widely viewed as tilting heavily conservative: its stations are required to air weekly editorials from Boris Epshteyn, a former Trump official whose segment, Bottom Line with Boris, runs pieces that attack the press corps as “way off base” and “theater” and defends Trump’s unsubstantiated claims of voter fraud, among others.

During the campaign, Politico reported that Trump's son-in-law, Jared Kushner, bragged of striking a deal with Sinclair for more favorable coverage.

And in March, Crosscut first reported on a spot that ran on KOMO, made to look like a news segment, from Sinclair's Vice President of News Scott Livingston warning of "fake news" in language that echoed that of President Trump and his surrogates.

The photojournalist union and Sinclair have been in contract negotiations since October 2015. For the majority of that period, the most contentious negotiations were over vacation time and pay.

But Sinclair announced last May it was merging with Tribune media, which owns Q13 FOX. The merger has not been approved by the FCC and there are serious anti-trust considerations, but if allowed to go through, both Q13 and KOMO would be owned by Sinclair. Shareholders for Tribune voted to approve the merger last Thursday, pushing Sinclair’s $3.9 billion acquisition a step closer to reality.

Q13 is non-union; KOMO staff includes union-represented employees. The staff, according to one KOMO employee, worried Sinclair aimed to get rid of the union and consolidate resources. "Our backs are against the wall,” the employee told Crosscut in July.

After news of the merger broke last spring, the most pressing concern for KOMO employees shifted from pay and benefits to employment. Twedell, the union rep, said Monday the negotiating strategy changed as a result. The union would accept all of Sinclair’s demands regarding vacation, benefits and pay in exchange for a guarantee that it would not layoff any photojournalists due to the merger. This would not have precluded layoffs related to financials, said Twedell.

Moving forward, negotiations will continue. In the meantime, said Twedell, the union will “kick off our campaign to the public about keeping local stations alive and what it means to the community to buy a station.” Beginning with a town hall on November 16, the union will host panels of academics, citizens and journalists to present on why local coverage is important.

Representatives from Sinclair did not immediately respond to requests for comment.