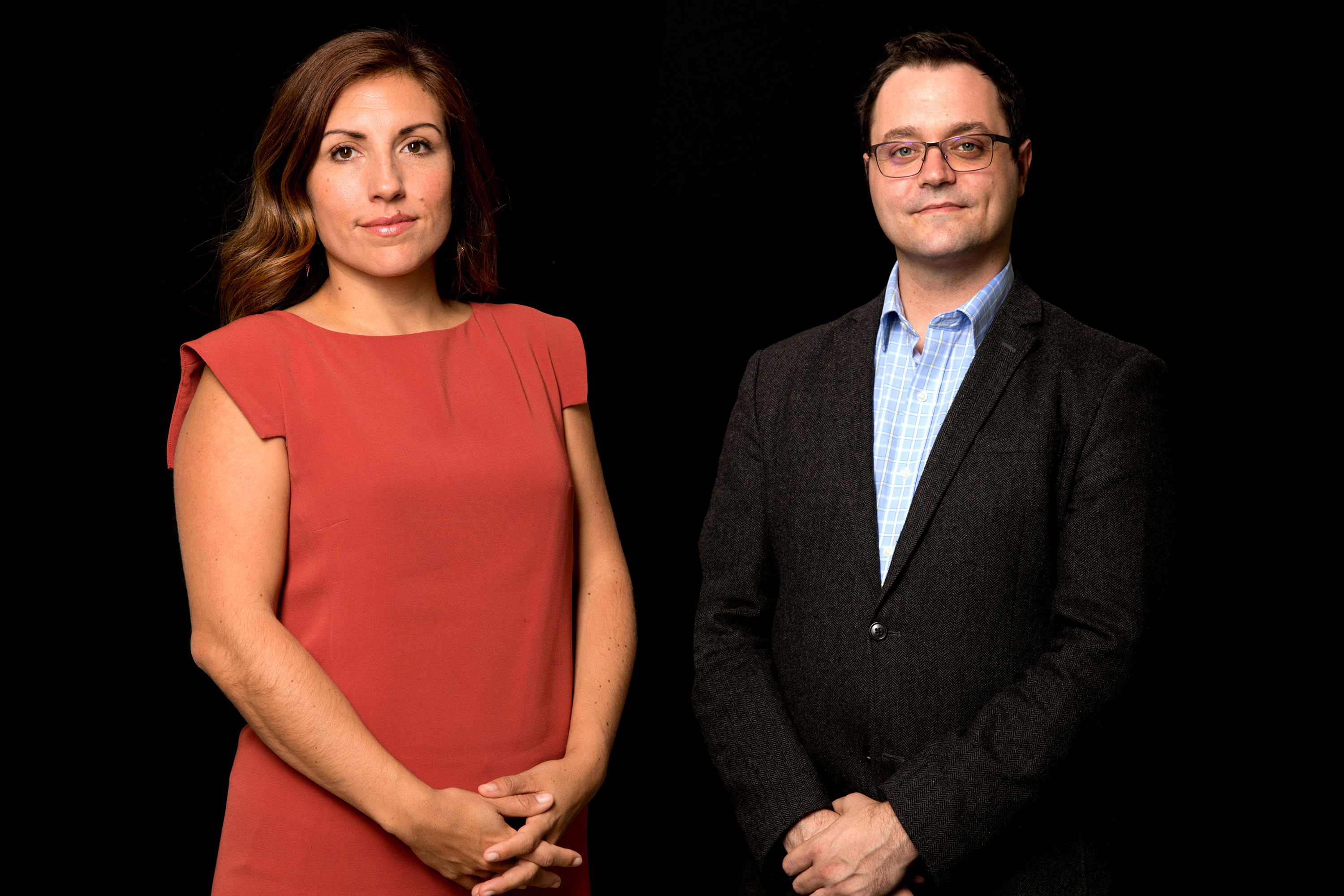 Teresa Mosqueda and Jon Grant, candidates for one of two at-large city council seats, feel right at home in Seattle politics. Both creatures of the left, they were bred by distinct, sometimes overlapping political movements that proclaim deep commitments to economic and social justice.

Mosqueda, a lobbyist for the Children’s Alliance and more recently the Washington State Labor Council, AFL-CIO, comes from the worlds of health and labor advocacy. At 19, she helped organize a contingent of University of Washington students to participate in downtown’s massive anti-WTO demonstrations. Grant is a housing activist, first as a housing advocate for Solid Ground and later as the executive director of the Tenants Union. Galled by Seattle’s homeless situation as a teenager in the early ‘90s, he ferried over from his Bainbridge home to volunteer at the then-fledgling Real Change, now an established newspaper and homeless advocacy organization.

In a city facing tough questions around housing and protecting the health of some 5,000 people sleeping unsheltered nightly, it’s a council choice that could make for a tight race in the Nov. 7 general election. In the Aug. 1 primary, Mosqueda captured 31.6 percent of the vote to Grant’s 26.9 percent, as they outpaced the rest of a competitive field, including Chamber of Commerce-backed candidate Sara Nelson.

Technically non-partisan, the runoff has pitted organizations long faithful to the Democratic Party against a newly rejuvenated socialist left. Mosqueda boasts support from most unions in the city, the Young Democrats of King County, Emily’s List, and powerhouses like Member of Congress Pramila Jayapal and Washington state Attorney General Bob Ferguson. Grant has been endorsed by the local chapter of the Democratic Socialists of America, the Transit Riders Union, Councilmembers Kshama Sawant and Lisa Herbold, and both hometown alternative weeklies.

Both candidates are painted as progressive. Grant, who reads the feminist writer Lindy West and loves local house concerts, thinks the term’s overuse has dulled its meaning. He prefers “transformative” to describe his campaign’s vision of strengthening the socialist wing of the city council and pushing back against both the police union and private developers.

On policing, Grant has tried to set himself apart by advocating for more transparency in police union negotiations, specifically around discipline. Complaining of a “culture of impunity” at the Seattle Police Department, Grant supports broadening the power of the Community Police Commission to fire the police chief and to direct the Inspector General to conduct investigations into officer misconduct.

Housing, however, is the subject that Grant knows best. After college at the University of Redlands, where he studied urban poverty and political theory, he worked as a paralegal at the Housing Justice Project, learning the legal landscape that governs evictions. Eventually, he became a full-time tenant advocate and organizer at Solid Ground, before spending about five years as head of the Tenants Union.

Through it all, he says he has been exposed to the uneven balance of power between landlords and renters; fought to stave off evictions; and stood up against slumlords renting substandard housing, often to immigrants of color. His work on the front lines of Seattle’s affordability crisis has hardened his skepticism of the market’s ability to provide enough housing for everyone.

In 2015, before his first bid for city council, he was a member of the Housing Affordability and Livability Agenda committee, which helped define the framework for then-Mayor Ed Murray’s long-term housing plan. According to Merf Ehman of Columbia Legal Services, Grant’s mentor at the Housing Justice Project who said she was speaking in her personal capacity, he brought an important perspective to the HALA meetings.

“I really appreciated his work on HALA,” Ehman recalls, “[especially] his understanding of rent control, the tax systems, all of those complicated areas of law.”

Grant ultimately abstained from the vote that endorsed Seattle’s “grand bargain” requiring developers to either pay a fee or include affordable units in new projects. Among many complaints, Grant said then that the affordability mandate was too low.

Today, he argues that 25 percent of units in all new developments should be affordable, much higher than the 2 to 11 percent figure set during city negotiations two years ago. He is also calling for 5,000 units of public housing for the homeless in five years.

Grant left the Tenants Union in 2015 to enter an ultimately unsuccessful council run against incumbent Councilmember Tim Burgess, now the interim mayor. But there remain questions around his departure from the tenant advocacy organization.

This summer, a letter surfaced in The Stranger claiming that the organization, which Grant inherited at a time of financial dire straits, suffered from “a toxic environment bred by an executive director who lacked leadership and accountability.” Acknowledging that some staff at the Tenants Union had concerns with his leadership, he admits, “I think in certain circumstances for some employees I could have done a better job.” Grant says that the criticisms were not reflective of his time there overall.

Further reporting by The Stranger also revealed concerns that during his campaign against Burgess, Grant had, at various points, asked TU staff and board members for volunteer support and financial contributions, a potential infraction that could have compromised the organization’s non-profit status. Grant maintains that he did not solicit support in a way that would have threatened the legal standing of the TU. It is not clear whether these circumstances prompted his leaving the organization; he insists that his departure was voluntary.

Grant received positive performance reviews from TU board members and has been credited with helping to tame the precarious financial situation there.

Teresa Mosqueda, who reads the humorist David Sedaris and plays on a soccer team called the Messi Bears, is a reluctant lobbyist. She considers herself a radical but values both collaboration and negotiation to advance change in a "system" she says often fails society's most vulnerable. Politicized early on by parents active in civil rights movements, Mosqueda remembers hearing stories about their trips to Nicaragua and El Salvador, where they served as election observers. Though she keeps a bullhorn in her car, her life’s work has focused on examining the systems that affect people’s health and asking the question: How can we make these work better for children, immigrants, the elderly?

Not long before announcing her candidacy, she wrote a six-page essay outlining the social determinants of health. A lack of affordable housing, the tenuous state of health care, retirement uncertainty — “all of these things affect our health,” Mosqueda says.

Mosqueda decided to enter the race after the election of Donald Trump. She caucused for Bernie Sanders during the primary, but as his candidacy failed, she “fought like hell” to prevent Trump’s rise. Now, with the future of health care uncertain, Mosqueda says Seattle must brace for cuts. She has proposed a plan, modeled off one in San Francisco, that relies on a local network of community health clinics to provide basic health care to all immigrant and low-income city residents.

Mosqueda calls herself a lobbyist who has brought community voice to bear on a Legislature that is “richer, whiter and older” than the populace as a whole. But she sees the work with the Legislature as important. “That’s where policy change is made,” she says.

During her master’s program at Evergreen State College, Mosqueda began tinkering with the machinery of state government. She worked at the state Department of Health tracking the humdrum legislation that forms the building blocks of a healthy society: nutritious food in schools, safe sidewalks, physical activity, public spaces for breast feeding. That led to a job running the health policy program at the Children’s Alliance, where she eventually became the group’s chief lobbyist, disseminating policy information and pushing bills with lawmakers in Olympia.

“I didn’t do that by walking around the halls of Olympia myself,” she says. “We did that by bringing the voices of people affected [to the table]. Everyday I fought against folks who were trying to take away health care, trying to put more money in CEO pockets.”

After working for Children’s Alliance, Mosqueda became a lobbyist for the Washington State Labor Council, AFL-CIO, helping to lead a successful 2016 statewide campaign to raise the minimum wage in steps to $13.50 in 2020. This year, she helped pass comprehensive paid leave legislation. Throughout the campaign, Mosqueda has stressed that, if elected, she will continue to stand up for workers' rights.

Early in the Mosqueda-Grant race, a clash between Nicole Grant of the MLK County Labor Council (no relation to Jon Grant) and the Socialist Alternative over the latter’s endorsement of the white man in the race hinted at the potential for dramatic disagreement between the two versions of Seattle's left. While the two candidates have stayed mostly amicable throughout the race, some of that tension has spilled over into the campaign, as Grant’s offensive has sharpened in recent weeks.

For one, Grant uses Mosqueda’s lobbyist work against her, a jab that is part of a larger critique he is painting of her as an entrenched insider beholden to unsavory interests. “I just don’t know if we need another lobbyist on city council,” he says.

Robby Stern, who held Mosqueda’s post at the Washington State Labor Council, AFL-CIO before her, and is now the president of Puget Sound Advocates for Retirement Action, had originally endorsed both candidates before deciding that some of Grant’s criticisms of Mosqueda were unfair. His comments, Stern says, “totally fail to understand the role of a labor lobbyist in Olympia.”

“You’re sometimes working 19, 20 hour days, going face to face with the [Association of Washington Business] and large corporations that are trying to weaken unemployment insurance [and] compensation laws and doing all these things to try and increase their bottom line by attacking benefits that are essential to all workers,” he says.

Stern adds that when Mosqueda took over for him, she intensified the labor council’s participation in the health-care policy debate by pressing for the expansion of both medicare and medicaid and for providing healthcare to undocumented children. “She became greatly beloved within the labor movement because of her fearless, limitless advocacy not just for workers but for children,” Stern says.

Grant has complained about what he paints as Mosqueda’s connections to the police union and private developers. The claim rests on two points. First, the police union is part of the MLK County Labor Council, which backs Mosqueda and is connected to the state council that employs her. And she received $250 campaign donations from both Maria Barrientos, a local developer who has built both art facilities and trendy multi-family buildings around Seattle (some of which have included affordable units), and Matt Griffin, the lead developer on the Washington State Convention Center addition project.

Mosqueda says: “What ties to the police union? They have not endorsed me. I have constantly been saying we have to have police reform and to rebuild trust.”

And developers? "He’s really grasping at straws,” Mosqueda says. “It’s really all he has left. He can’t come at me for my policy credentials, [and] he can’t come after me for my experience and my relationship in community.”

The question ahead of November is whether Grant’s outsider appeal and work pushing the needle on Seattle’s dual crises of housing affordability and homelessness can make the difference against someone who has labor backing and experience championing progressive causes like health care, child care and the minimum wage. In any event, as the socialist winds gather force in Seattle, one thing has become clear: The battle lines of the left are cementing.