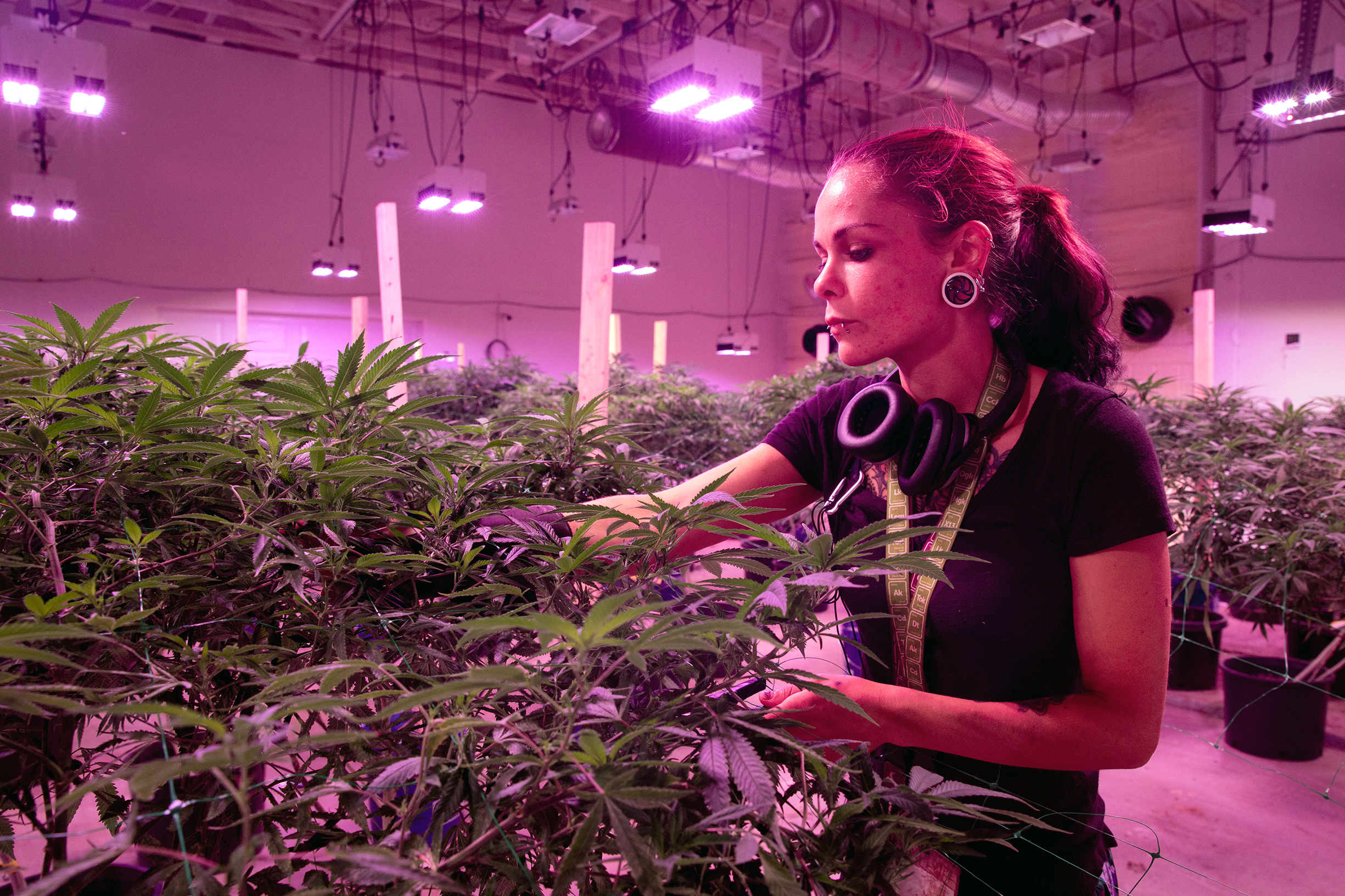 Moe Ainsley, a grower with Kaya Collection, tends to marijuana plants at the company’s Wacky Tabacky facility near Gold Bar.

Washington’s pot is a bit more potent than the national average. And the state’s teens are more likely to smoke marijuana than young people nationwide.

Although we have the same problems with marijuana as we do with liquor abuse, no blockbuster conclusions came from a recent report on Washington’s marijuana universe.

But a couple of somewhat unexpected environmental wrinkles from Washington’s marijuana industry — both legal and illegal — also emerge in the second annual look at the state's experience since passage of a 2012 initiative allowing recreational pot sales.

Marijuana growers and processors use 1.63 percent of the state’s electricity, which is a lot, according to the report by the Northwest High Intensity Drug Trafficking Area — a combined effort by several federal, state and local government agencies. By way of comparison, all forms of lighting — in homes, commercial buildings and manufacturing — account for just 7 to 11 percent of electrical consumption nationally. Or, as the report puts it, the power is enough for 2 million homes.

The high power consumption stems from the heat lamps and the accompanying air conditioning for indoor marijuana growing operations. “They are exceedingly energy-consumptive,” said Steven Freng, manager for prevention and treatment for the High Intensity Drug Trafficking Area.

The carbon footprint, according to the report, equals that of about 3 million cars.

And illegal pot growers siphoned off 43.2 million gallons of water from streams and aquifers during the 2016 growing season — water that tribes, farmers and cities would otherwise use as carefully as possible, in part to protect salmon.

Sixty percent of Washington’s illegal pot was grown on state-owned land in 2016. That’s because black-market growers tend to worry about gun-toting owners on private lands, according to Freng and Luci McKean, the organization's deputy director. The black-market operations use the water during a roughly 120-day growing season.

Marijuana purchases have boomed in Washington. Legal marijuana sales were almost $1 billion in fiscal year 2016 and were on track to be about $1.5 billion in fiscal 2017, which ended June 30. As of February, the state had 1,121 licensed producers, 1,106 licensed processors and 470 licensed retailers.

What Washington's marijuana users are getting is above average in potency. According to the report, nationwide marijuana products average a THC percentage of 13.2 percent, while Washington state’s THC average percentage was 21.6 percent.

Adult use before driving is still a fuzzy picture. A third of Washingtonians arrested for driving under the influence had THC, the active ingredient in marijuana, in their bloodstreams. One study found an increase in dead drivers with THC above the legal limit in their blood from 7.8 percent in 2013 to 12.8 percent in 2014.

“Adults still don’t understand the effects of impairment behind the wheel of a car,” Freng said.

McKean said that one major unknown is marijuana-laced edibles, which authorities believe have become a significant factor in THC-impaired drivers, but has not been studied enough to provide solid numbers.

Another major unknown, McKean and Freng said, is how marijuana consumption contributes to emergency room and hospital cases because the state hospitals have not agreed to release that data to government officials.

This story has been updated since it first appeared to add a link to the report.