Amazon, Seattle lag on climate but electric fleets could change that 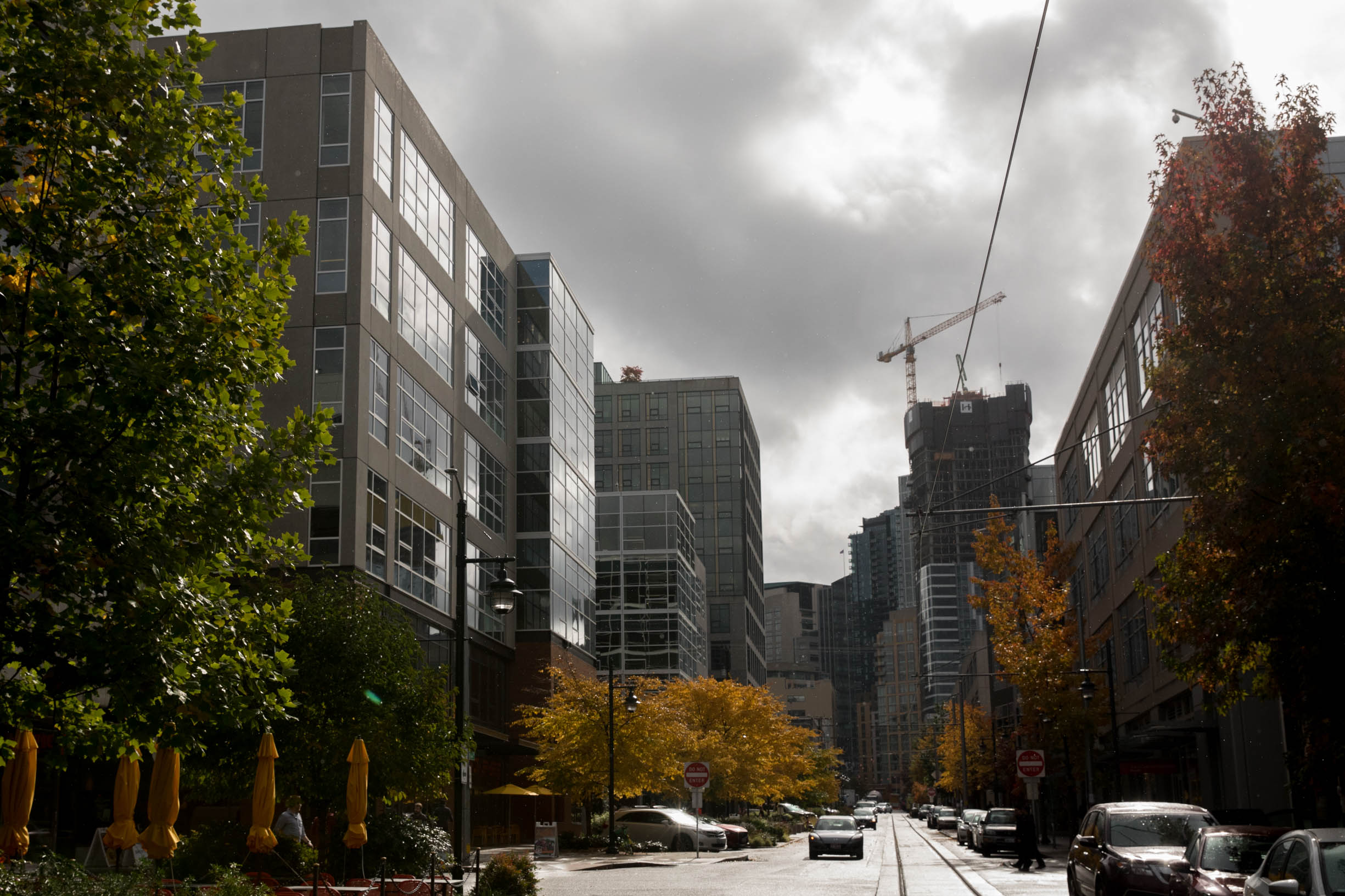 While Tesla just unveiled its entry into freight transport with an electric semitruck, Amazon has been silent on the air pollution from its delivery operations. Meanwhile, Seattle is falling behind on reducing our carbon pollution, and the vehicles on our streets contribute 66 percent of the city’s emissions. The city and the company need to work together and begin the transition to pollution-free streets now.

In 2013, Seattle adopted a Climate Action Plan with a target of carbon neutrality by 2050. A year later, Amazon committed to reaching 100 percent renewable energy for its data centers at an unspecified future date. In 2017, shortly after President Donald Trump announced that the United States would withdraw from the Paris Climate Accord, both the city and the company renewed their commitments by signing the “We’re Still In” pledge.

But where’s the action? Let’s focus in on vehicles.

Leading up this month’s annual U.N. climate negotiations, Seattle joined with 11 global cities to commit to make areas of the city fossil-fuel-free by 2030, and the city government has been buying electric vehicles for its fleet. That’s a start, at least. But though it’s responsible for a chunk of the freight on city streets, Amazon has been silent on moving shipping operations away from fossil fuels. It still relies on diesel-powered trucks and vans. Shouldn’t a massive, Seattle-based company that is still in the Paris agreement be taking the lead on the transition to electric vehicles?

The need for carbon reductions is urgent. This summer, we experienced some of modern history’s most destructive hurricanes, which devastated islands and flooded cities. It’s been more than two months since Hurricane Maria, and much of Puerto Rico is still without power. Wildfires consumed the West Coast in one of the worst fire seasons on record. Around the world, 400,000 people are already dying every year from increased disease, famine and severe weather due to climate change. And the problems are almost certain to worsen.

Yet Seattle has found that it has only reduced emissions by 6 percent overall from 2008 levels. In the freight transport category: Seattle had a zero percent reduction. According to former NASA scientist Jim Hansen, we’ve delayed so long worldwide that we now need to reduce by at least 10 percent every year to return to a stable climate. As Seattle’s largest employer and one of its prime drivers of emissions, shouldn’t Amazon be part of the solution?

Amazon has taken steps in the right direction, such as investing in wind energy farms for its data centers, and building LEED certified offices. In truth, however, Amazon seems to have fallen behind its peers in the move to renewables — and as a result of this, and its disproportionate footprint in the city, the company actively hinders the city’s climate progress.

Other tech giants have been aggressively transitioning data centers to clean, renewable energy, and making more progress than Amazon on carbon reductions. Microsoft recently pledged to cut all of their carbon emissions by 75 percent by 2030 and implemented a company-wide carbon-pricing policy.

Amazon? We don’t know. The company is notoriously secretive, and that extends to its carbon footprint data. It claims over 40 percent renewables powering its data centers, but it provides no explanation or data to back up that claim. The CDP (formerly Carbon Disclosure Project) has given Amazon an F every year for lack of participation in the carbon tracking and reporting standard. In comparison, Google, Apple and Microsoft, who all get A-grades from CDP, publish annual sustainability reports with carbon footprint data.

Amazon disavows responsibility for the dirty fuel polluting Seattle (and other regions) from its delivery operations, because most delivery is subcontracted with USPS, FedEx, and UPS — but this is a specious argument, given the company’s potential leverage over these contractors. Additionally, it has started building an Amazon-owned delivery fleet, but to date it has made no public commitment to eliminate delivery-related pollution.

To be clear, the company’s intransigence is not rooted in genuine difficulties in transitioning to zero-emission vehicles — Europe has leapfrogged ahead of us. In the UK, 100 companies have committed to fully electric fleets by 2020. Germany has made moves to ban internal combustion engines by 2030; Norway, by 2025. Even Los Angeles has moved past Seattle and King County, with its plan to have 100 percent zero-emission buses by 2030.

While much of the electric vehicle (EV) progress has focused on passenger cars, electric freight vehicles are not far behind. Tesla started pre-orders for its electric Tesla Semi, which will be faster and more reliable than existing trucks. Multiple companies are producing EV delivery vans, and many freight companies are piloting EV in cities across the U.S. and Europe. UPS is working to convert half of its NYC fleet to electric by 2022. Why can’t Amazon partner with UPS and Seattle city government on a similar electric delivery pilot in its hometown?

With freight contributing 25 percent of our city’s transportation emissions (and 16 percent of its total emissions), we know that if Amazon were aggressively implementing clean-energy vehicles, it would represent meaningful progress toward our climate goals.

Amazon has made no public commitment to switch to electric vehicles, which seems particularly notable because the company has always invested in big, even risky, bets for the future, and EVs are clearly where the market is headed. EVs have substantially lower running costs, and are far more durable.

Ignoring the climate impacts of its shipping operations hardly squares with the “we’re still in” rhetoric of a climate-concerned, reality-based company. And the zero percent reduction in freight-related pollution doesn’t fit with Seattle’s image of being a leader on climate action. Both the company and the city need to do more — together — for our clean air and healthy climate. Amazon is a company that likes to see itself as cutting-edge — why isn’t it taking action to advance beyond internal combustion engines? 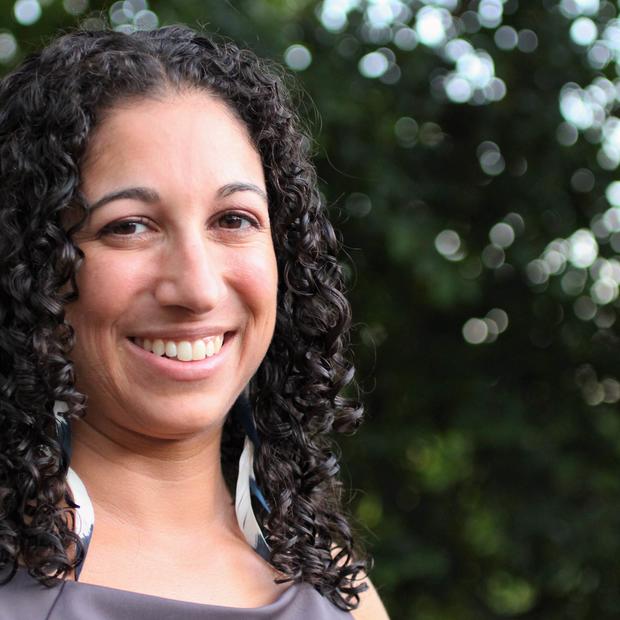 Rebecca Deutsch is co-founder and CTO of the innovation software startup Parlay, a resident of Seattle for over 13 years, and an organizer with 350 Seattle, a local climate justice organization.