Chaotic budget talks come to a close — kind of 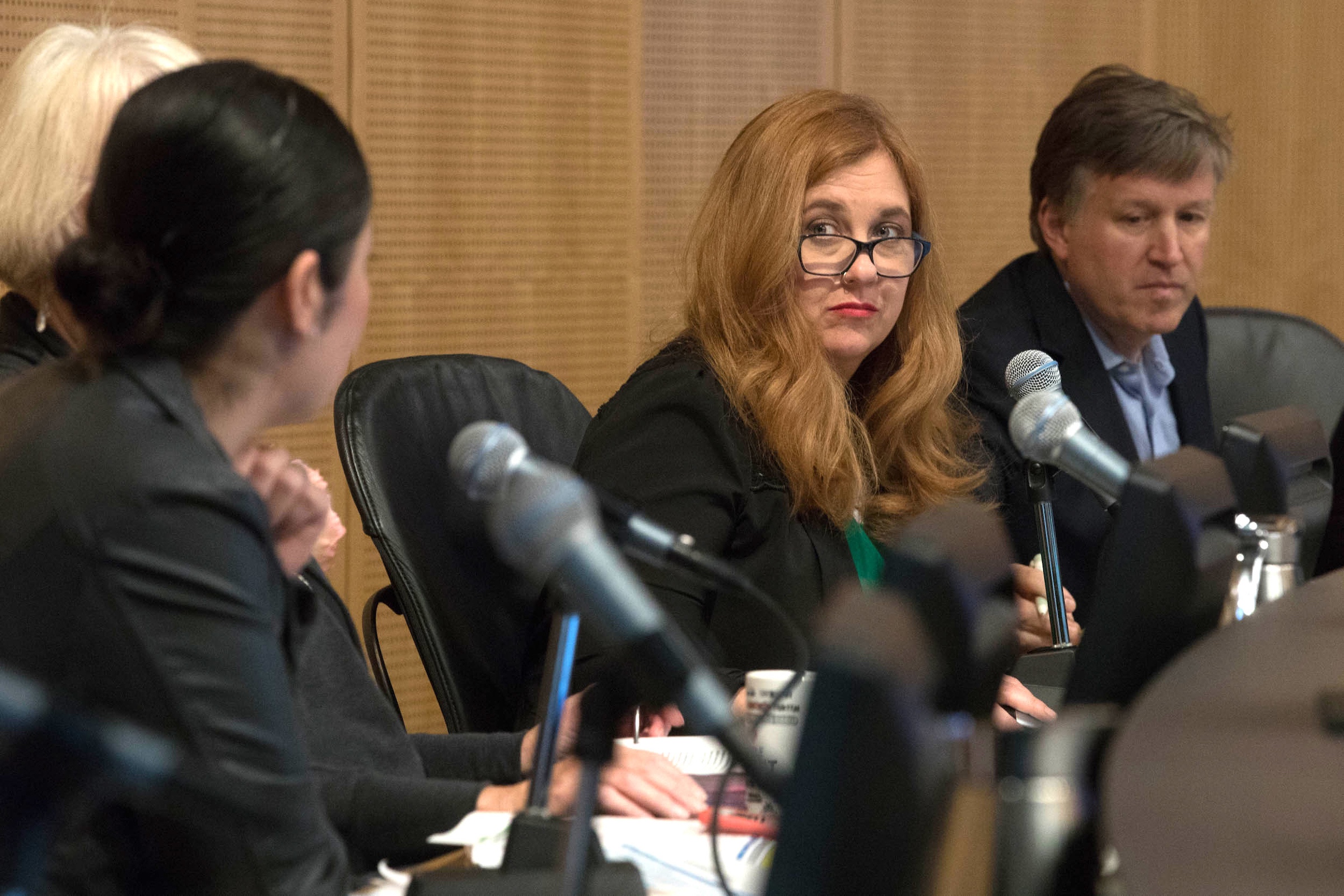 When interim-Mayor Tim Burgess signs the city's $5.6 billion budget on Wednesday — allocating funds for everything from homeless services to office improvements in the Municipal Tower to security safeguards at a damaged Columbia River dam — the ongoing funding debate will close with an ellipsis more than a period.

After weeks of chaotic and often tense budget negotiations, the Seattle City Council on Monday finally signed off on the package for the city’s 2018 finances, 8-1. Councilmember Kshama Sawant was the only one to vote no, which she has done every year since her election in 2013.

Although the council declined to include a proposed new tax on business as a means to pay for their priorities, known as the HOMES tax, its members passed a resolution committing itself to finding new, “progressive” taxes by March of 2018, guaranteeing that the heated debate over what to pay for and how to pay for it will continue for months to come.

But, for at least this weekend, the city's got a budget.

Relative to the total budget, the council’s in-fights were over crumbs, with the main battle centering on about $13 million for addressing the homelessness crisis.

Despite the overall size of the city’s budget, council members’ priorities must come out of a limited pool. By the time the total budget drips its way down to the council, $4.3 billion of the package is already earmarked for utilities, transportation, administration and development. And of the $1.1 billion left for adjusting, the majority is set aside for the police and fire departments, as well as other basic functions of city government.

This year’s budget cycle was notably contentious, with the council behaving more like a legislative body in the depths of recession rather than boom-times, looking for cuts wherever it could find them. “I think this has been an unusual and difficult budget process,” said budget chair Lisa Herbold. “We had difficult decisions before us, no easy answers.”

Councilmember Mike O'Brien called it the most intense of his eight years on the council, which include hard economic times around the start of this decade.

Driving this was the unfortunate two-year anniversary of the declaration of a homelessness state of emergency by then-Mayor Ed Murray and King County Executive Dow Constantine. As activists daily reminded the council that many people have died on the streets in 2017 (88, by some estimates), the pace of progress in addressing the crisis has frustrated members of the council.

“Council members are feeling a sense of urgency collectively that I kind of think is at a different level than we’ve heard before,” said Alison Eisinger, director of the Seattle/King County Coalition on Homelessness.

Early in the budget negotiations, Herbold gambled on a proposed tax on the city’s largest businesses, taking her colleagues’ priorities on homelessness, housing and criminal justice reform and tying them to approval of the tax.

As a result, the final days of budget negotiations were a scramble as council members looked for places to take or borrow money to be reinvested in the Human Services Department and elsewhere in efforts to combat homelessness. Some of that money was recaptured through a loan on a future sale of city property, while other dollars were found through cuts.

In an example of just how tense — and, in recent years, unusual — this sort of governing can be, the council briefly approved $1 million in cuts to the mayor’s office, a move that was met with immediate backlash from both current-Mayor Burgess and members of Mayor-elect Jenny Durkan’s transition team. On Monday, the council rolled back some of those cuts, instead using $541,000 of leftover 2017 funding in the Department of Construction and Inspections and $95,000 out of the Office of the City Auditor.

The council, in the end, found about $9 million in additional investments to combat homelessness, adding to the $63 million already set aside for 2018. This includes programs that intersect with, but are not directly targeted at, homelessness, like $1.3 million for safe drug consumption sites and $750,000 for the Law Enforcement Assisted Diversion program.

The budget also adds money for permanent civilian oversight of the Seattle Police Department, while allocating money for dozens more Seattle police officers. It provides resources for more tenant outreach. It funds studies of a municipal bank. It provides more money for keeping youth out of jail. It will spur the construction of a walking trail in Georgetown.

One thing they decided not to fund: a $250,000 the council had budgeted for a new carpet in its offices.

At the budget hearing's conclusion, the council members thanked one another for the conclusion of the chaotic budget process.

Sawant, however, took the opportunity to lay into her colleagues. “The budget as a whole remains overwhelmingly the same business-as-usual budget that has failed to meet the needs of the people of Seattle year after year,” she said. The Socialist Alternative council member added, “I’m sorry, you have not treated an emergency like an emergency, because if you had, you would have stopped the sweeps and passed the HOMES tax.”

Mayor-elect Durkan has remained relatively quiet on the budget process, saying only that she understands it will be one she inherits. Even when the council threatened to cut her office budget, she stayed out of it (although in a meeting of her transition committee, one of her incoming deputy mayors, Shefali Ranganathan, referred to the "constraints of the budget the City Council just handed us").

But when Durkan is sworn in, she will be immediately thrown into the budget debate: The city is due to receive the results of a $30 million re-bid of all homeless service provider contracts the day before she takes office. Several influential providers believe that, without additional funding, the process could result in a near-term spike in people living on the streets.

Further, with its resolution, the council has committed to establishing a task force to find a progressive revenue stream by Dec. 11, with the group's recommendations due by late February.

Throughout the campaign, Durkan largely deflected her stance on the business tax, which could have raised between $20-$25 million a year, but that opponents fear would hurt business.

In a statement, Mayor Tim Burgess praised the package. "When I delivered my proposed budget to the City Council in September, I said that our spending should be fair, just, and reflective of the values of Seattle," he said in a statement. "I’m pleased to say the budget the Council approved today meets all of those criteria."

Signing the package Wednesday will likely be his final, major act in his short stint as interim mayor.