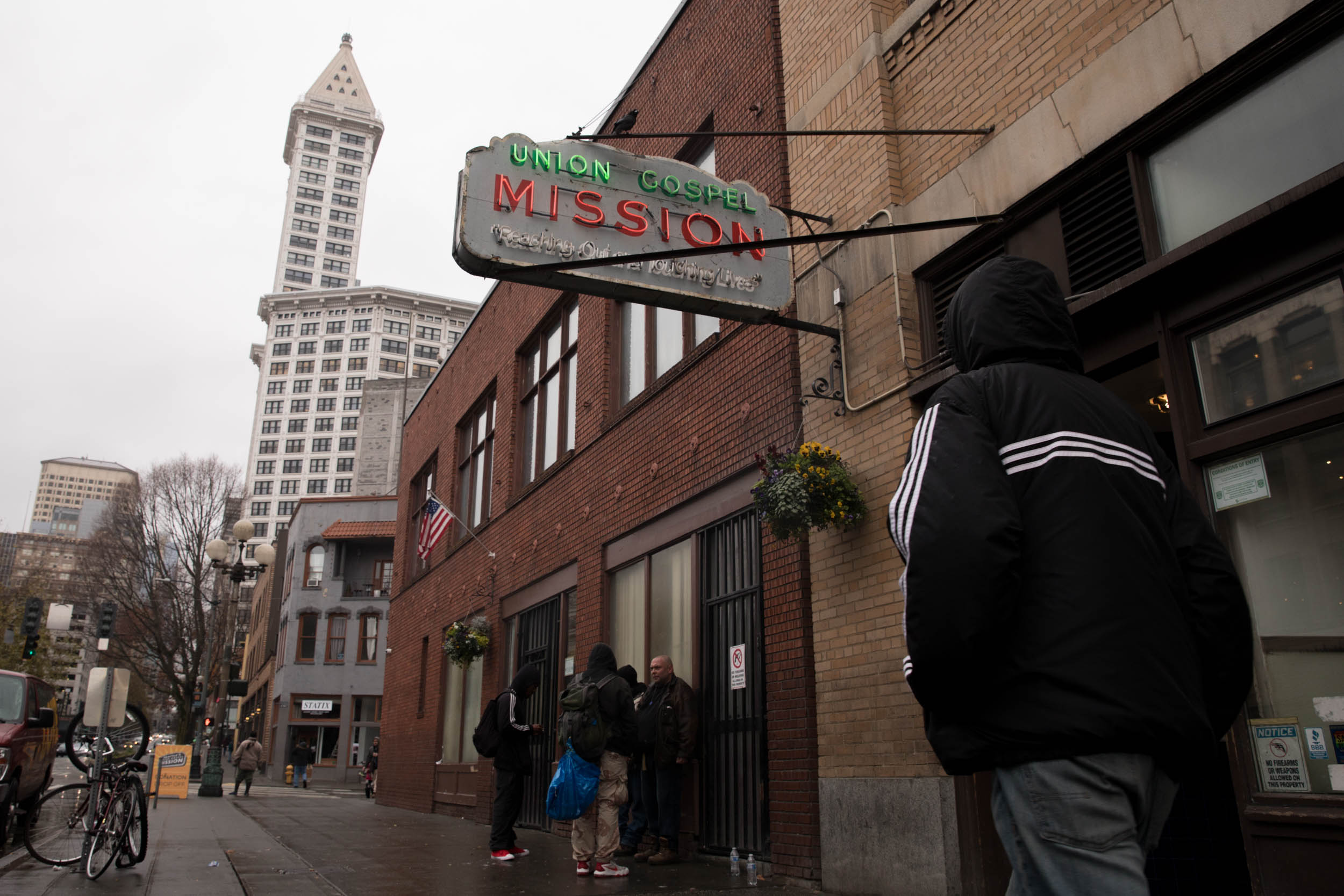 A former volunteer for Seattle’s Union Gospel Mission, a Christian organization that provides services to the homeless, is suing the nonprofit over discrimination.

Matthew Woods, 31, who identifies as both Christian and bisexual, said the organization refused to consider his application for a job as a staff attorney because of his sexual orientation.

At a Thursday press conference, Woods described his three years of work as an intern and volunteer at Union Gospel Mission (UGM) as a “dream job” and said he “loved serving the clients there" but felt “a duty to my community to bring this case.”

Woods said he wants the organization “to change their hiring practices to work alongside the LGBTQ community” and that he hopes “in the future, someone like me will be able to participate” in the work the nonprofit does.

According to the lawsuit, Woods, a University of Washington School of Law graduate, first expressed interest in an attorney position at the organization in 2016. That's when he disclosed he was in a same-sex relationship.

At that point, Alissa Baier, an attorney with Open Door Legal Services, which provides free, weekly legal clinics at UGM, told Woods “sorry you won’t be able to apply,” according to the lawsuit. Another attorney, David Mace, confirmed that because of Woods’ sexual orientation, the organization would not be able to consider his application for employment, according to the lawsuit. The lawsuit was filed in King County Superior Court.

UGM's Code of Conduct specifically states that “all staff members are expected to live by a Biblical moral code that excludes...homosexual behavior...and any activity that would have an appearance of evil.”

Attorneys for Woods argue that the organization must comply with Washington State law that bars discrimination from employment based on sexual orientation, especially since the job duties of a staff attorney at the organization are “unrelated to any religious practices or activities.”

Woods' attorneys also pointed out that as many as 40 percent of homeless youth identify as LGBTQ and that it is unfair that the organization strives "to serve inclusively, but not behave inclusively."

In an interview after the lawsuit was announced, Jeff Lilley, UGM president, said he did not know Woods personally and was not aware that a lawsuit was being filed until today. Lilley argued that his organization is "very much within our ability as a religious institution to select staff that believe in, and are consistent with, the Biblical values that we hold sacred.”

“Ultimately, we are who we are,” Lilley said. "These principles have been part of Judeo-Christian values for millennia.” He added that the organization refused to change its moral code even after the city of Seattle suggested that if it did, UGM might be eligible for government funding.

Lilley called the lawsuit unfortunate but said he was anxious to get back to the work the organization does best.

“If you haven’t noticed we have a challenge with homelessness in our community,” he said.

Woods' attorneys argue, however, that the state Supreme Court has previously ruled that when a job is not specifically religious, organizations like Union Gospel Mission cannot discriminate against someone because of their sexual orientation. With regard to federal law, the Justice Department, under Attorney General Jeff Sessions, recently asked a federal appeals court to rule that civil rights law does not bar job discrimination based on sexual orientation.

Woods said he is currently working with the Northwest Justice Project, which provides legal services to low-income people. He said not being able to continue working at UGM is "heartbreaking."

"Leading a Christian life," he explained, means leading a life that "is devoted to social justice, racial justice, economic justice."

In the lawsuit, Woods is asking for "a money judgement against defendant and in favor of plaintiff in an amount to be determined at trial" and for attorneys' fees.