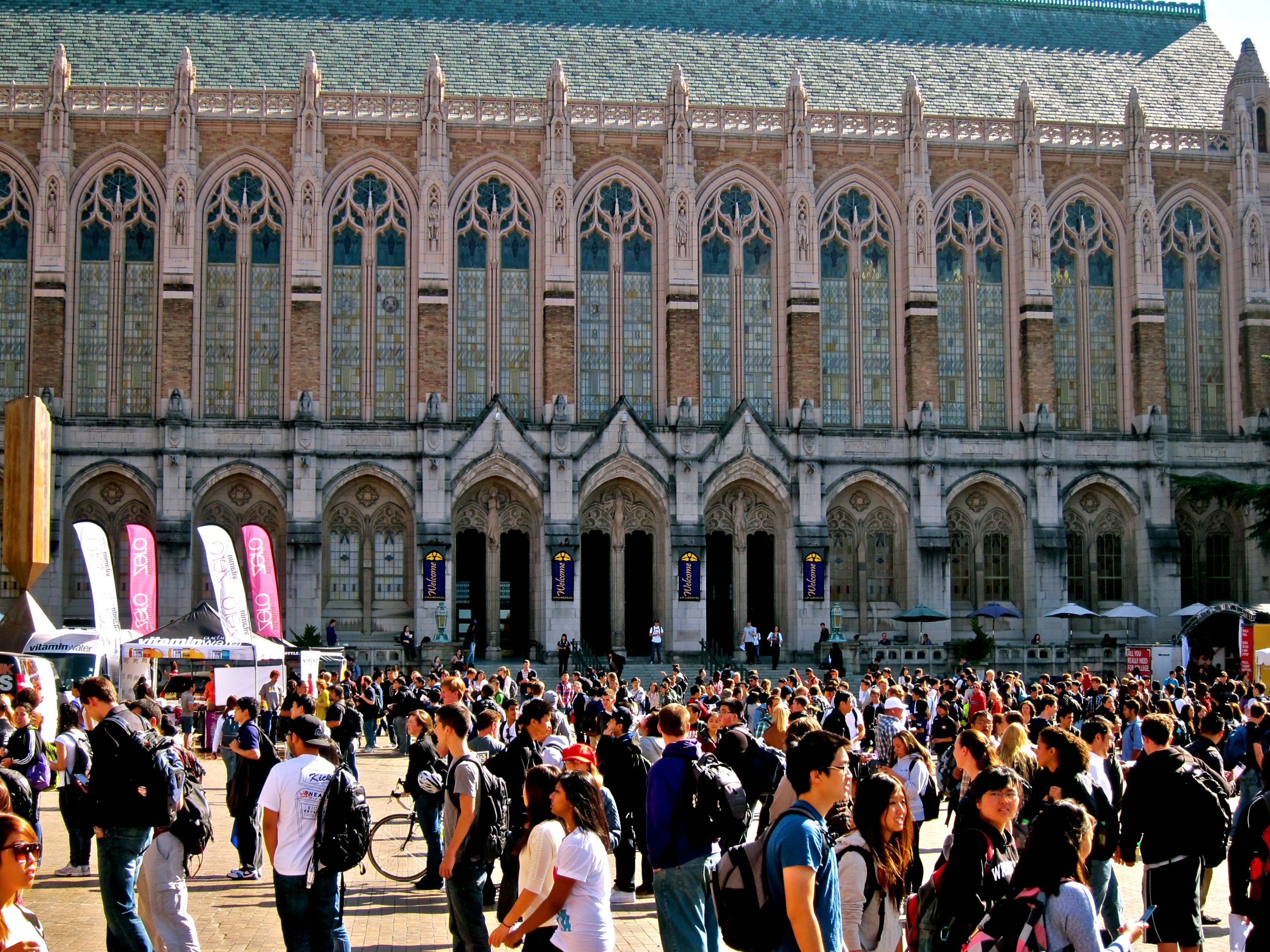 Students on the UW campus.

The quickest way to slow the creation of troublesome intellectuals might be to tax them. The Tax Cuts and Jobs Act, H.R. 1, which passed the U.S. House of Representatives on Nov. 16, could do just that.

Tucked into the 450-page colossus of a bill is a teensy section that would make tuition waivers for graduate students count as taxable income. And with that, 7,000 University of Washington graduate students would have their worlds turned upside down.

It’s not at all clear if the change will take place. While the House measure included the change, the U.S. Senate Finance Committee passed its own version of tax overhaul last week. And the Senate version does not include the tuition-waiver tax.

There has been little or no public discussion of the House Republicans’ reasoning or any indication whether they would fight to include the tuition provision in negotiations with the Senate that would be needed to send a bill to President Donald Trump for signature. However, re-jiggering higher education has become a conservative touchstone. In the run-up to his 2016 bid for the Republican presidential nomination, Florida Sen. Marco Rubio said that “we need a holistic overhaul” of higher ed. “Welders make more money than philosophers,” Rubio said.

Despite the lack of a Senate provision changing the treatment of tuition waivers, graduate students here and across the country are worried.

“It’s frustrating, and it makes me angry,” said Riddhi Mehta-Neugebauer, a fourth-year graduate student in the UW Department of Political Science. “The GOP decided to balance the budget on the backs of graduate students and the working class, while they do little to nothing about corporate tax loopholes and wealthy offshore tax havens.”

Mehta-Neugebauer moved to South King County after her Seattle rent was hiked $300. The House bill makes finishing the program, moving out of the working class, or even achieving the American dream (such as buying a home) even more difficult, she said.

Whether it’s the social sciences or the physical sciences, universities rely on grad students to teach a majority of their classes and conduct research, Mehta-Neugebauer said.

“It will lead the way to de-fund higher-education, and it will negatively impact research and innovation.” she said.

As partisans kvetch over the bill’s fallout — the Congressional Budget Office estimates it will goose the deficit by $1.7 trillion over 10 years — hidden threads are being teased out. The House bill, for example, puts the kibosh on student-loan interest deductions and ends a few tax-exempt bond options, which benefit large public universities such as the UW.

“When students lose out, it’s not only they who suffer, but all of us in Washington and beyond,” UW President Ana Mari Cauce wrote in a blog post last week, before the House vote.

There is also worry that the tax plan could jeopardize the pipeline of scholarship to the public and private sectors. Mehta-Neugebauer said, “The research we conduct is necessary to innovate policy agendas within the public sector and develop new technologies that provide companies a competitive edge.”

Samantha Dolan, a doctoral student in the UW's Department of Global Health, said that the bill would have a significant impact on her living expenses. Dolan estimated that she would be paying taxes on roughly $30,000 per year.

“Depending on the tax rate, I may have to consider becoming a part-time student in order to have enough time for another job to supplement my income,” she said. “Many students at UW live off of part-time salaries or stipends that are only intended to cover monthly living expenses. Ph.D students at UW rely on incentives like tuition waivers in order to complete course work and focus on their research without having to take on full-time jobs.

“I would not have considered coming to UW if they had not provided a waiver.”

Ed Lazowska, the Bill & Melinda Gates Chair at the UW’s Paul G. Allen School of Computer Science & Engineering, has called the tuition change “one of many wrong-headed elements of the House Republican tax proposal.”

In a message, he wrote, “In a nutshell, graduate research assistants currently receive a very modest stipend (roughly $2500 a month, $22,500 for 9 months at UW), and have their tuition forgiven or paid from a grant (currently roughly $16,500 for 9 months for an in-state student). The proposal is that the forgiven tuition would be treated (and taxed) as income. This makes no logical sense, and would really upset the applecart.”

The full Senate will likely vote right after the Thanksgiving holiday. Republicans hope to enact tax reform before the end of the year.

An article in a Vancouver-based publication, The Tyee, suggests that Canadian universities could be in a position to benefit by offering students — and even their professors —  a more welcoming home.  "For post-secondary education in the U.S., Trump's tax bill amounts to a lobotomy with a railroad spike," The Tyee's Crawford Killian writes.

The outcome of congressional action might conceivably make the North look a bit warmer to young scholars.