If we can't stop gun violence, we can plan for it 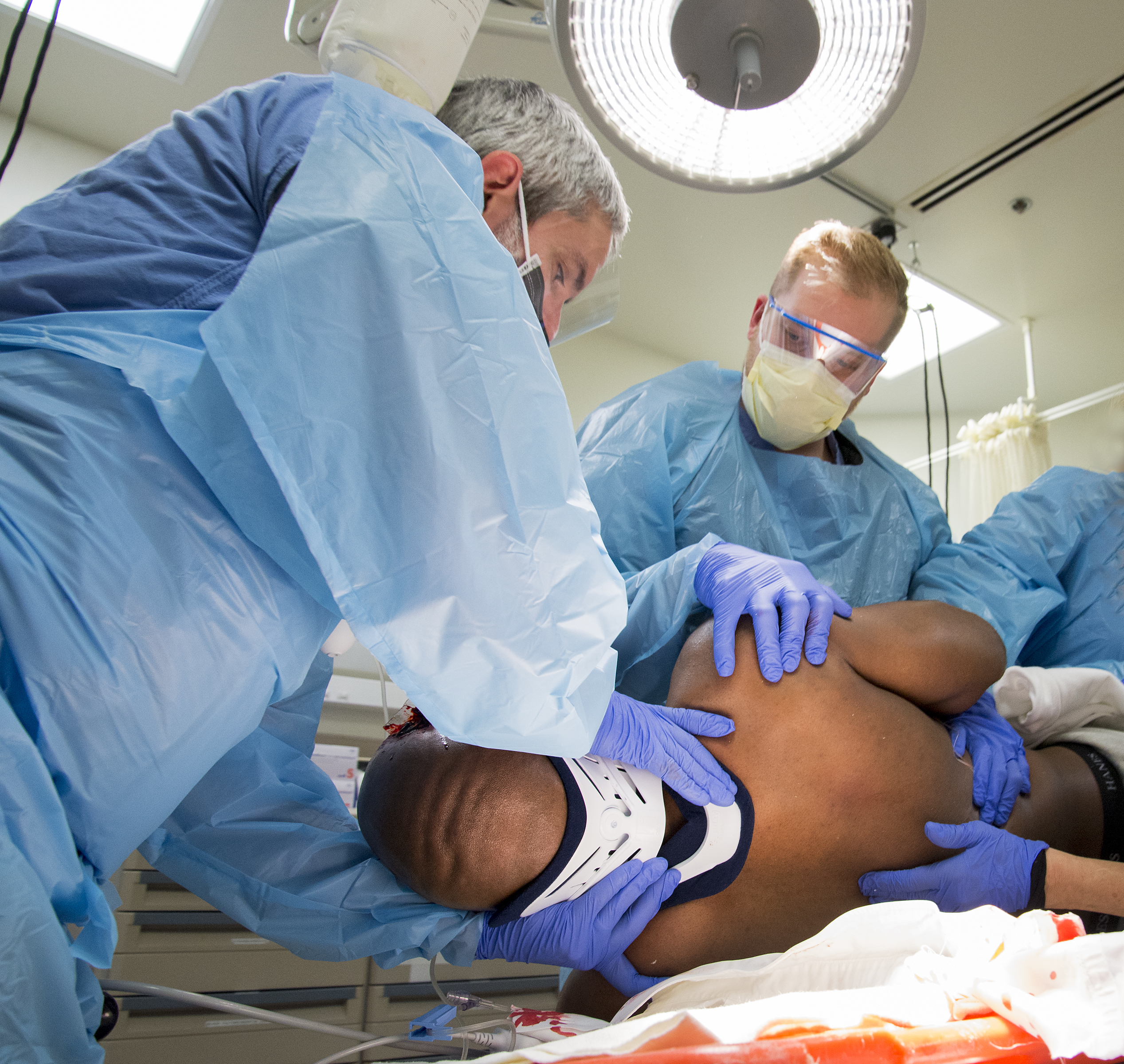 This month, a gunman opened fire in a San Antonio church, killing 26 congregants in the deadliest mass shooting ever in Texas. In October, in Las Vegas, a gunman took the lives of 58 people and injured more than 500 others. And Tuesday, a gunman killed several people  in Northern California.

In our own backyard, we think of fatal (and sometimes multiple-death) shootings at Seattle Pacific University (2014), Marysville Pilchuck High School (2014), Café Racer (2012), and a Capitol Hill house party (2006). The Wah Mee massacre in 1983, which left 13 dead, was our area’s deadliest shooting.

Here at UW Medicine/Harborview Medical Center we see gunshot victims draw their last breaths, despite frenetic efforts to save their lives. We sit with the sobbing, heartbroken family members and the shell-shocked friends. We do this so often that we plan for these events that wrench our guts.

That America repeatedly witnesses such bloodshed and cannot seem to change course is one of our nation’s saddest legacies. We have become so inured to gun violence that we plan around it instead of planning to stop it.

Part of that plan is Stop the Bleed, a national campaign to teach the public how to stop potentially fatal bleeding. (Yes, that is our reality today.)

Stop the Bleed is a two-hour class whose focus is the speed with which someone can bleed to death. It is also about our individual capacity to try to save another human’s life.

After mass shootings, stories often emerge of brave bystanders rendering immediate aid. Even in the face of unimaginable violence, adults and teens can take action in the precious minutes between gunshots and the arrival of emergency responders — potentially an agonizing wait if police are hunting in a building for a suspect.

Participants learn how to use tourniquets and pack wounds.  This knowledge can save lives not only during a mass shooting, but also after a natural disaster, car crash or an accident at home.

Since it began offering classes in 2016, Stop the Bleed Washington has trained more than 1,000 Seattle-area citizens in these life-saving skills. Since the Las Vegas shooting on Oct. 1, we have registered more than 1,000 participants for upcoming classes.

The national campaign was launched in 2015, initiated by a National Security Council workgroup and supported by the American College of Surgeons. The initiative seeks not only to educate but also to provide bleeding-control equipment in all public places, alongside automated defibrillators. Bleeding-control courses are available nationwide.

While public attention to Sutherland Springs and Las Vegas is likely to fade, our commitment to preparation and awareness must continue.

We call on businesses and organizations to host Stop the Bleed trainings for their employees, members and communities.

We call on businesses and public officials to install accessible bleeding-control kits, giving bystanders the proper tools to stem life-threatening wounds until help can arrive.

We call on individuals to learn how to stop life-threatening bleeding and, if able, to purchase personal kits for their homes and vehicles.

This is not a call to live in fear, but a call to live with awareness. We are not helpless in the face of gun violence, and bleeding control is a vital step to reducing its harm.

Stop the Bleed Washington is a joint initiative of Harborview Medical Center, Harborview Injury Prevention and Research Center and Public Health-Seattle & King County. The effort is part of our shared mission to reduce the harm of gun violence through research, education and public outreach.

Monica Vavilala, M.D., is professor of anesthesiology and pediatrics at the University of Washington School of Medicine and director of the Harborview Injury Prevention and Research Center.

Ali Rowhani-Rahbar, M.D., Ph.D., is associate professor of epidemiology, University of Washington School of Public Health, and the lead in the Violence Prevention Section, Harborview Injury Prevention and Research Center.

Eileen Bulger, M.D., is professor of surgery at the University of Washington School of Medicine and chief of trauma, UW Medicine/Harborview Medical Center.