In a warm-up for the real fight, lawyers argue about city income tax 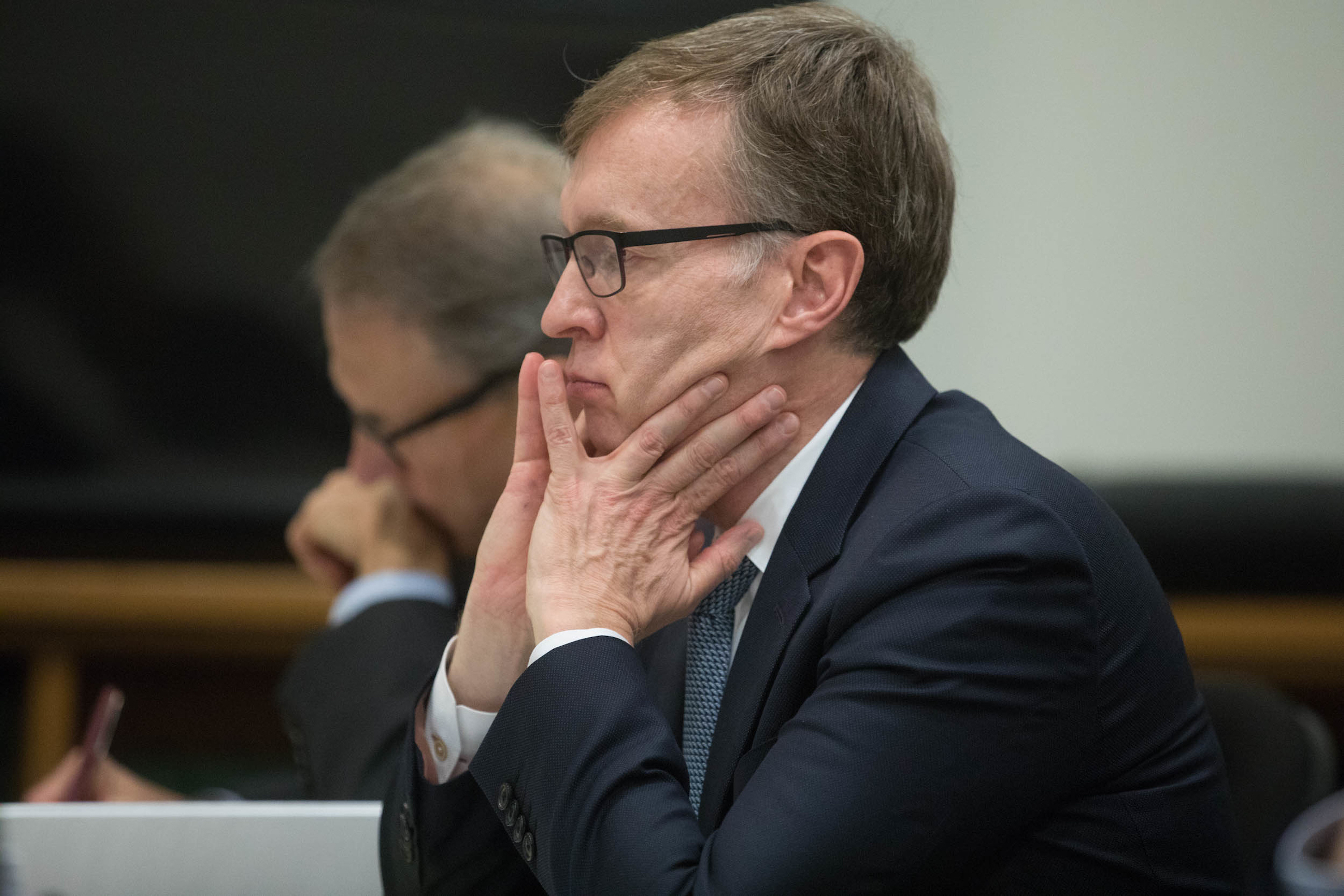 Seattle’s new income tax has always been headed toward the Washington Supreme Court. But to get there, it had to start somewhere.

That somewhere was King County Superior Court, where lawyers squared off Friday in a hearing on the city ordinance.

On the one side, defending the tax, were the City of Seattle and the Economic Opportunity Institute (EOI), a nonprofit. On the other were attorneys, including a former state Supreme Court justice and a former state attorney general, arguing the tax is simultaneously unconstitutional and expressly prohibited by Washington State Law.

At the time of its approval by the City Council last July, there were never any illusions that the ordinance would go unchallenged. In fact, it was explicitly sold as a means to get the Supreme Court to reconsider its 1930s ruling against any sort of graduated income tax.

Nevertheless, in oral arguments, the city’s lawyer, Paul Lawrence, begged Judge John Ruhl to allow the tax to go into effect starting 2018 in order to immediately start capturing that revenue, rather than wait for the Supreme Court, which could push everything matter by a year or more.

Similarly, attorney Matthew Davis —  representing an investment manager, Michael Kunath, one of several plaintiffs opposing the tax — pleaded with Judge Ruhl to make an immediate ruling from the bench tossing the ordinance. The city’s argument, he said with considerable flair, was “legal malarkey.” And any hesitance to kill it would, he suggested, “send a message to the people that [the city’s and EOI’s] arguments had substance and it was a close call and this is not.”

Judge Ruhl declined to issue a ruling Friday, promising he would before Thanksgiving.

In order to defend the lawsuit, Seattle and the EOI must successfully argue why the 1930s Supreme Court decision should not apply as well as explain away a 1984 state law forbidding taxes on “net income.”

To do so, Lawrence, an outside attorney hired by the City Attorney’s Office, and attorney Knoll Lowney, representing the EOI, leaned on what, to the outsider, could be seen as semantics: the definition of “net” income, whether the new ordinance was in fact an “income tax,” whether the 1984 ordinance was constitutional in the first place and the basis on which the Supreme Court’s 1930s decision stood.

The attorneys challenging the law — including former Washington Attorney General Rob McKenna and former Washington Supreme Court Judge Phil Talmadge — in some ways had the more straight-forward, even blunt argument: State law and the constitution are clear, as they have been for over 80 years, that an income tax is impermissible.

Arguing in favor of the city, Lawrence took the lead, attempting to pick apart the firewall against an income tax.

First, he argued that the 1984 state law only applied to “net income,” not “total income.” An individual’s income, he argued, should be seen as “total,” while net income is a business term. The two, he said, should not be conflated. “By making that distinction, the Legislature was saying [a tax on individual] gross income is generally OK,” he said.

Second, Lawrence argued that the Supreme Court’s 1930s ruling that income is property, and thus protected by the state constitution from any kind of graduated taxation, should be tossed because that ruling was based on a U.S. Supreme Court ruling that has since been overturned.

And finally, he argued the income tax should be treated similarly to an excise tax, which is paid based on transfers of, for example, real estate from one owner to another.

Lowney of the EOI argued that the 1984 law's tax provision should be ruled unconstitutional because, he argued, the clause on income was hidden inside “a nothing bill about a nothing topic,” specifically an obscure measure concerning the establishment of city-counties. Lawmakers at the time, he said, did not even debate the measure, proof that they didn’t know what they were approving.

For the challengers, their base argument was simple: The law says income cannot be taxed and so does the state constitution. Case closed.

The attorneys largely used their time to pick apart the arguments from Lawrence and Lowney. Before he was a Supreme Court justice, Talmadge was a state Senator and was among those who voted for the 1984 measure. He called the argument that prohibition on an income tax was hidden “spurious,” saying there had been hearings and lawmakers understood what they were doing. If debate was lacking, he argued, it was because “it was blatantly clear to every member of the Legislature that [an income tax] was unconstitutional.”

The fact that the legislation passed by the City Council calls itself “an income tax on high-income residents” gave the plaintiffs ample ammunition to argue that it was not, in fact, an excise tax. The attorneys further argued that excise taxes were on voluntary activities, like opening a business, and earning income in Seattle was not voluntary.

The wonkiest argument was over this question of what is “net income,” which McKenna argued was essentially the same thing as "total income."

Regardless of which way the judge rules, the case will almost certainly go to the Supreme Court, where the more explosive potential lies. A King County Superior Court is not generally willing or able to overturn Supreme Court precedent; a Supreme Court, however, can.