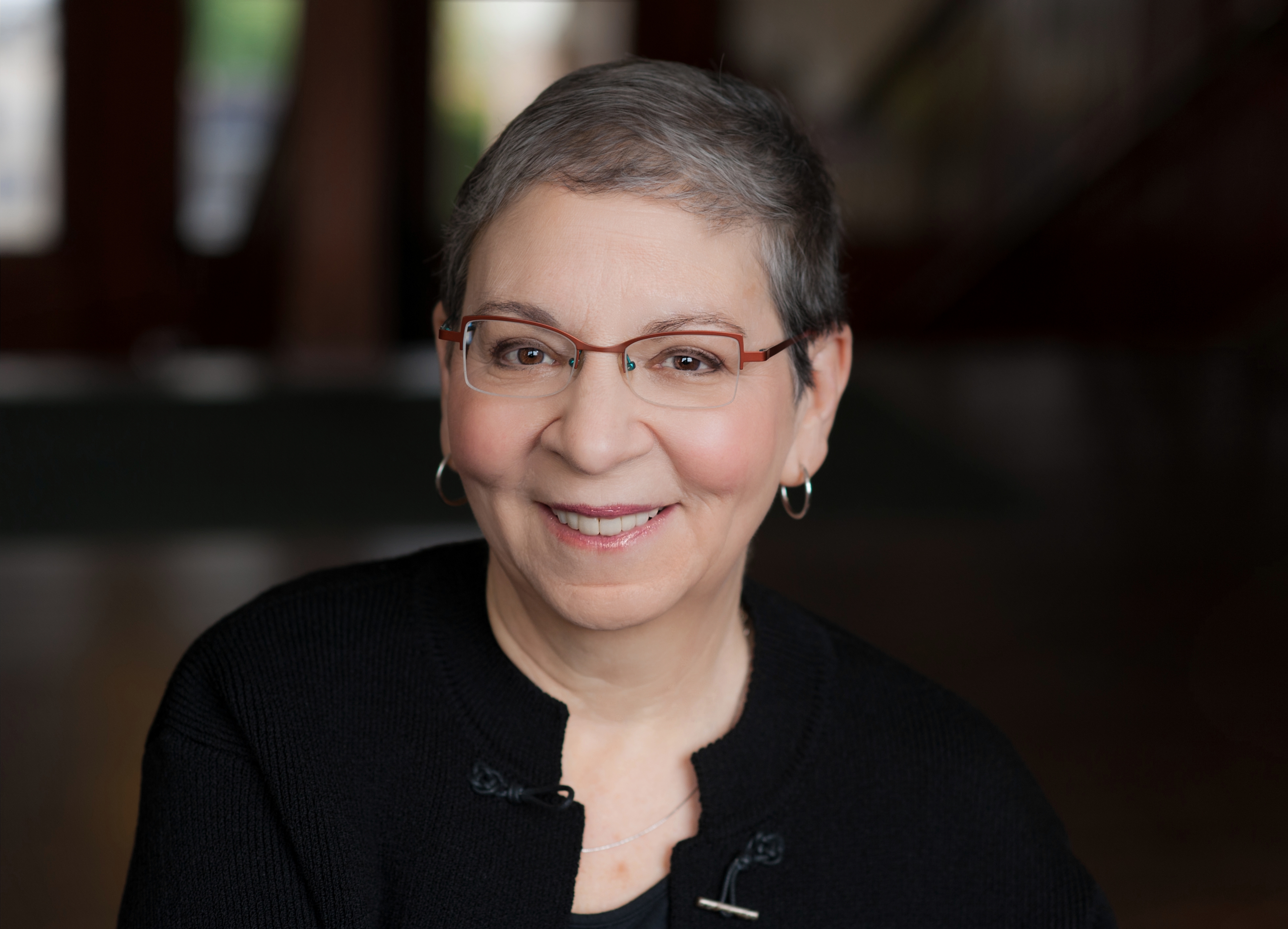 Seattle’s Nancy Pearl is acclaimed as a librarian and a nationally known advocate for reading. She shares her enthusiasm for books and writers on radio and television, and at venues around the country.

She is often referred to as “America’s Librarian.” Her honors include the 2011 Librarian of the Year Award from Library Journal and the Lifetime Achievement Award from the Pacific Northwest Booksellers Association. Her books include "Book Lust: Recommended Reading for Every Mood," "Moment and Reason," and follow-up "Book Lust" guides for teens and for travelers. She regularly shares advice on what to read on National Public Radio and her show "Book Lust" on the Seattle Channel. She lives in Seattle with her husband Joe Pearl.

This fall, Pearl has ventured into new creative territory. She’s switched from literary cheerleader to novelist with her much anticipated debut novel, "George and Lizzie," published this fall by Touchstone.

It’s the moving and funny story of the courtship and marriage of two very different characters: George, a sunny and saintly dentist who was raised in a loving family, and Lizzie, the brooding, pessimistic daughter of parents who were cold and remote. There are surprises on nearly every page in Pearl’s affecting and wry exploration of the complexities of this unlikely relationship. One of those is football, which kicks off early with a bang and reappears throughout this tale, a testament to Pearl’s knowledge of the game and its history.

Pearl recently sat down at the Bryant Corner Café in northeast Seattle and talked with her trademark enthusiasm about everything from character development to her own writing career and the inevitable question of whether she's in the novel. Now 72 years old, she said she never expected to write a novel until her two main characters took hold. Here are some highlights from our conversation.

George and Lizzie: The birth. About seven years ago, Pearl was under the euphoric influence of pain medication following surgery on both feet. “I said to my husband, ‘This has been the best day of my life.’ And that night “these two characters came into my head; one was George and one was Lizzie. I knew at that moment Lizzie’s last name, Bultmann, and I knew they met at a bowling alley in Ann Arbor, and I saw what happened to them there. But that’s all I knew.”

Writing the novel. Those characters didn’t leave Pearl. “In everything I was doing, I’d relate it to George and Lizzie.” A few years after imagining this duo, she began writing their story.  “It was like transcribing what was in my head on paper. That was difficult because the sentences were so wonderful in my head and, in writing them, they ended up just looking so lame and inadequate.”

Describing the book. “I’d say it’s a character-driven novel about the title characters, and it begins with their meeting and carries on with their relationship and their eventual marriage for about ten years.” The eponymous characters are opposites in many ways. “George is an optimist. He’s a dentist who puts his practice on hold to become a motivational speaker with the message that ‘everything is an opportunity for growth.’” And Lizzie “is a pathological pessimist. George wants Lizzie to see the world his way because he thinks it will make her happy, and she is not able to do that — and then the question is why.”

But George shares traits with Pearl’s husband Joe. “My husband’s worldview is very much George’s worldview. My husband Joe is not a dentist and he could never be a motivational speaker but he does believe that everything is an opportunity for growth.”

The major role of football in the novel. Pearl is a fan, especially of the team of her alma mater, the University of Michigan Wolverines, but her interest is less about the game. “It’s always about the people. In a football podcast, someone said he was in it for the soap opera. That’s how I’d describe my love of football and Lizzie’s love of football.”

The novel may be described as a “literary mosaic,” according to Pearl, with many lists, asides on history and psychology, and more. The football motif often punctuates the story of George and Lizzie, particularly in flashbacks of Lizzie’s exploits and relationships with the offensive and defensive starters of her entire high school football team.

Lizzie’s parents. Pearl explained that they “are well known as stars of behavioral psychology at the Psychology Department at the University of Michigan. But they were never interested in having a child. Lizzie was an accident and they didn’t like accidents. They treated her all the way through her childhood and adolescence as a subject rather than as someone to love, which is scarring for Lizzie.”

Lizzie’s childhood. “I knew that Lizzie had a terrible childhood, but I didn’t want it to be a terrible childhood . . . of sexual abuse or physical abuse or that Freudian stuff. I had to think of what Lizzie’s parents would do that would scar her the way it did. My husband Joe is a psychologist, although not a behavioral psychologist, and he was a good sounding board for that. And I had fun making up names for dissertations and making fun of academics.”

Pearl’s life as a writer. The novel is not Pearl’s first foray into creative writing. She wrote “well regarded” poetry in high school and college, and was the winner of a poetry contest judged by the eminent poet Randall Jarrell. She said he “was a tremendously erudite and almost vicious critic.” He told her that he had an “uneasy respect” for her poem. “That was high praise from Randall Jarrell.”

In her thirties, “the lines stopped coming as poetry, and what came to me were lines of prose.”  She wrote a story that Redbook published in January 1980. Redbook urged Pearl to submit more stories, but found her later work “well written . . . but too depressing for our readers,” she said “that wasn’t a particularly happy time for me. There was no way I could write a happier short story. I totally stopped writing then.”

Pearl’s influences. Pearl stressed her special admiration for Anne Tyler, especially her novels "Dinner at the Homesick Restaurant" and her earlier books "Searching for Caleb and The Clock Winder."

“I would do almost anything to be favorably compared to Anne Tyler….She’s a fabulous writer who has sympathy and affection for her characters no matter how lost and misguided the might be.” Some other writers she finds influential include Lorrie Moore, Leah Hager Cohen, Elizabeth McCracken and Richard Russo.

Despite challenges, the fun of writing.  Pearl enthused, “The whole book was fun because I was writing what I loved about these characters. They’re so different. And marriage is always a mystery. To me it’s a mystery why people stay together or don’t.” She added, “I was writing a book that I knew I would love to read.” She felt “incredible freedom to do whatever George and Lizzie were telling me they wanted me to do.”

"George and Lizzie" is an engaging and compassionate tale of a struggling couple told with heart and humor by a born storyteller. Readers may never see football, dentistry, psychology, shameful pasts and human relationships in the same way again. They’re bound to find George and Lizzie irresistible thanks to their deft creator, Nancy Pearl.

Robin Lindley is a Seattle-based writer and attorney, and the features editor of the History News Network (hnn.us). His email is robinlindley@gmail.com.