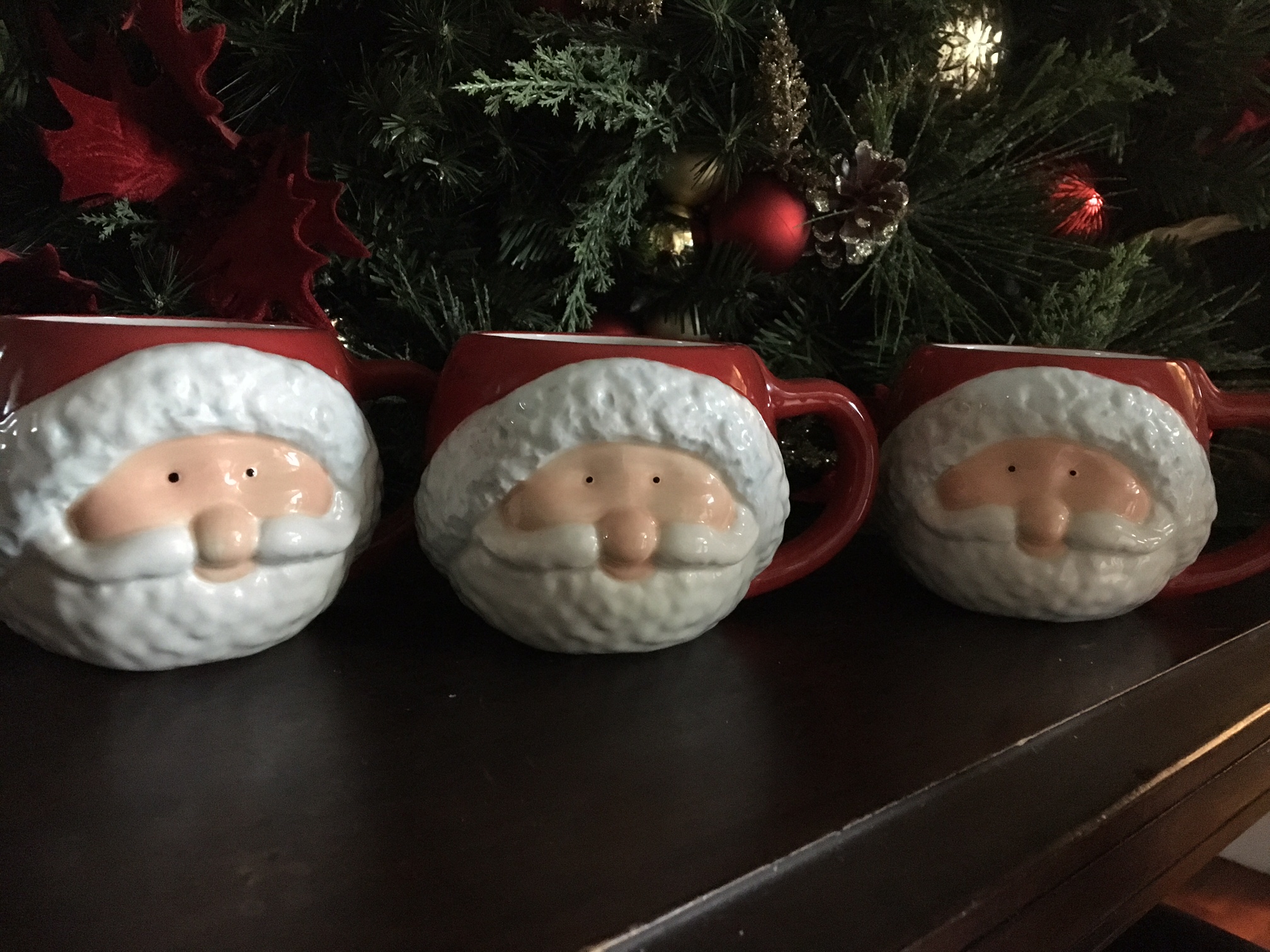 Cocktails at the Miracle on 2nd Pop-up will be served in Santa glasses.

I am a lover of things right at the intersection of functional and kitsch. This has led me to collecting weird mugs to gift to my work’s breakroom and, more recently, buying a turkey birdhouse for a Thanksgiving centerpiece — and loving things like the Miracle pop-up, which is at Belltown’s Rob Roy until Christmas Eve. At last, a cocktail menu that embraces the camp inherent to the holiday season, with drinks like How the Gimlet Stole Christmas (gin with pine-caraway sage cordial) and the Muletide (mezcal, amontillado sherry, allspice dram, ginger, lemon). As if it could get any better, drinks are served in custom glassware: aka corny Santa glasses, some of which are available for purchase.

The 2016 Tony Award Winner for Best Play The Humans is kicking off its national tour right here in Seattle! Running through Dec. 17, the show features the entire creative team from last year’s Broadway production, from director Joe Mantello to costume designer David Zinn. The play, touted as “a family Thanksgiving for a fearful middle class” is at turns hilarious, sad and all-too-human. The Humans was named the best play of the year by pretty much every publication, and reviews range from wonderful to spectacular. Do not miss this one (and buy tickets soon).

The Breadwinner tells the story of an 11-year-old girl, determined to do whatever it takes to support her family, while growing up under the Taliban in Afghanistan. From the filmmakers behind The Secret of Kells, this film brings together beautiful animation by Irish animation studio Cartoon Saloon and compelling characters to inspire this generation of girls. A heartwarming and gripping story for any age, The Breadwinner opens at SIFF on Friday.

A couple times each year, the incredibly popular Urban Craft Uprising brings together local makers and artists selling their cutest, loveliest and most irresistible goods. Now for the first time ever, the market hosts a food event. Gobble Up is Urban Craft but for food (hip hip hooray!), with local artisans and craft food makers — from Soda Jerk to Ballard Extracts to B. Fuller’s Mortar and Pestle Tea. Sample some products and get the perfect stocking stuffers. Side note: It is also Small Business Saturday, so stop by your favorite neighborhood small businesses!

Choices, choices: 10 inches, hawthorn, springy, with a single unicorn hair? Or 12 ¾ inches, walnut, with dragon heartstring? Wonder no more — you can at last visit Ollivander’s Wand Shop, thanks to local dad Jon Chambers. This summer, the Ballard resident set out to create a life-size replica of the Harry Potter street Diagon Alley for his daughters. What started as a chalk drawing in the driveway soon had walls, replica brick and volunteer actors. At this point, it now has thousands of enchanted visitors. No need to don an invisibility cloak to survive the crowds at Universal Studio’s Wizarding World of Harry Potter — just head to Ballard (near Whittier Elementary School), donate to the very worthy cause of pancreatic research and wander through Diagon Alley. It's a testament to what can happen when you get a capable, passionate dad involved in a dream.

If you go: Diagon Alley Project, Ballard, through Jan. 1 (Free)