So about that Space Needle time capsule... 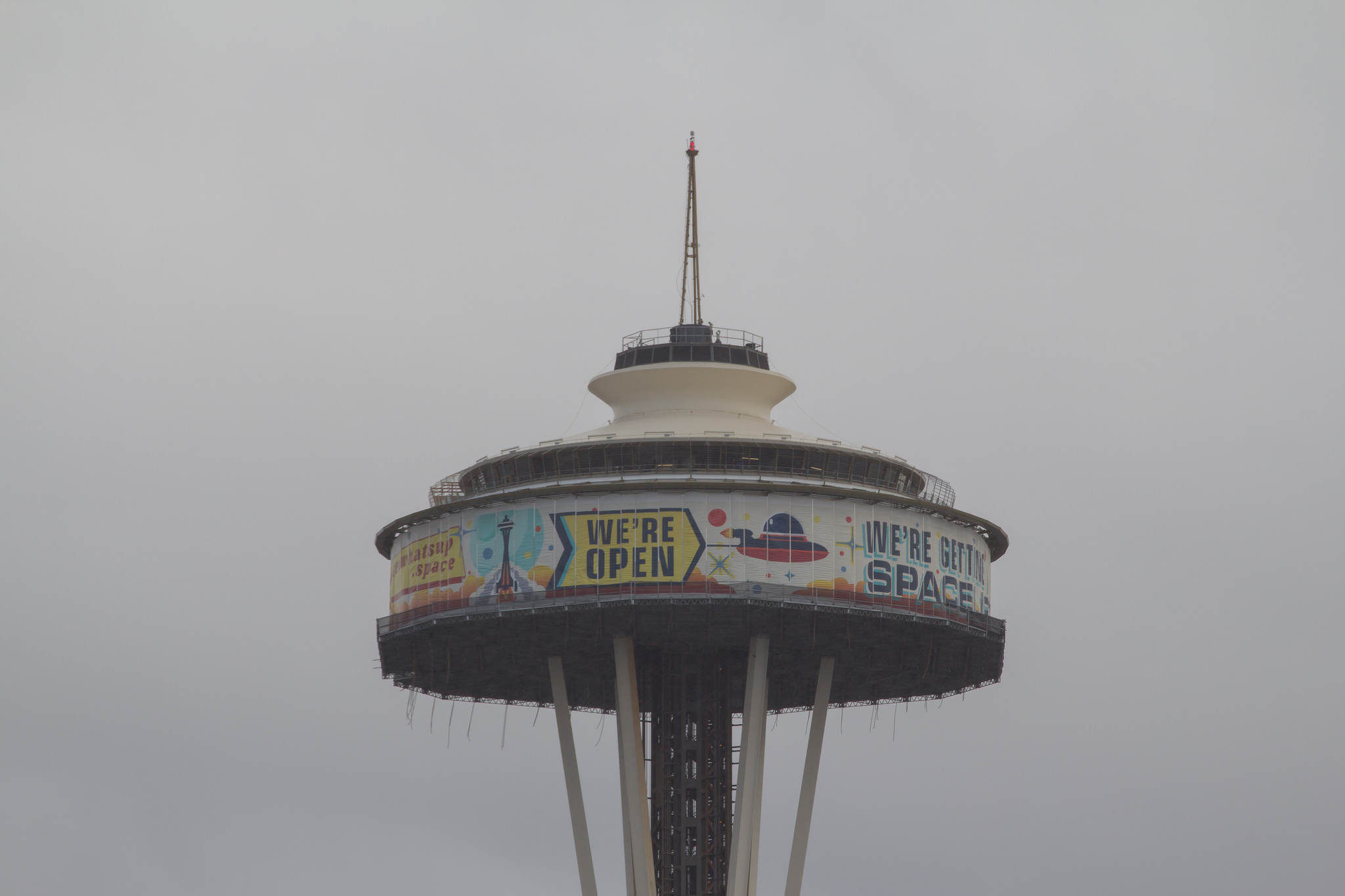 The Space Needle is currently undergoing renovations in Seattle.

Time capsules and the future go together, but when the futuristic Space Needle was built in 1962, it didn’t get one. That omission was rectified on the Needle’s 20th anniversary in 1982 when a time capsule was buried inside the structure on the Observation Deck, where it has been “lost” for the last 35 years. Until this week, that is, when it was found and opened in front of live TV cameras.

I knew that the time capsule existed, but not much more than that. I serve as the Needle’s consulting historian and when the Needle planned for a major renovation of the restaurant level and Observation Deck, I told them to be on the lookout for it.

People tend to over-estimate human memory and many time capsules are put in unmarked locations and forgotten. That happened here. The 1982 capsule was supposed to be opened in 2002, but that date passed without anyone remembering.

Workers on the Needle’s current $100 million renovation came across the capsule — a long, heavy metal box bolted shut, nestled inside one of the Needle’s original beams where it had been covered up during a previous remodel. The press was invited to come down and watch it be pried out and opened.

Why was the time capsule buried in ’82?

It was an important year for the Needle. At the 20th anniversary, many of the major players in its invention were still alive, including Howard S. Wright whose family still owns the Needle, and architect John Graham, Jr. who led the design team.

That year the Needle had undergone a major renovation with the addition of the Skyline level at 100 feet. That was a hugely controversial project — opposed by many who did not want to see alterations to Seattle’s icon, including Victor Steinbrueck, who played a key role in the final design. A battle royal ensued and the Needle won the right to build the addition, which was completed in ’82.

Also, the restaurant and O-deck were remodeled to be more attractive to locals. The Skyline level was supposed to feature a family-oriented restaurant, Wheedle’s at the Needle, to offer a lower-price option to the fancy rotating dining room upstairs. They wanted to appeal to more than “out-of-towners.”

The idea for the capsule appears to have been inspired by a roving artist named Carolyn Cavalier who was going around the world doing and encouraging time capsules as a kind of art. She claimed to have done capsules in New York, New Guinea Zambia England, Lesotho and many other countries.

Doing a time capsule opening on live TV is always a bit of a risk. Many time capsules disappoint because their contents are too mundane — coins, newspapers, speeches — or because the elements have invaded. Back in 1989, Washington’s First Lady Jean Gardner was traumatized when a capsule she opened in Eastern Washington disgorged nothing but green slime, what had become of its waterlogged contents.

Luckily, the Space Needle capsule immediately revealed an extraordinary artifact. On the off-white painted capsule exterior, architect Graham had sketched and signed a copy of his earliest conception of the Needle. This is the only original illustration of the Needle by its original architect I have ever come across. It shows the pinched waist and a needle at the top, but not the saucer shape that has since become well known. The drawing is a significant find.

Inside, the long, rectangular capsule was filled with pictures, postcards, sealed letters to the future from Needle employees and political figures like Charles Royer. There was a master key to all the locks in the Needle. There was also an architect’s floor plan of the Skyline level that shows the original interior of what was to be a second Needle restaurant. A large reel of tape appeared to be a copy of KOMO radio’s coverage of the 20th anniversary and could yield audio of key people in the Needle’s history.

Before the opening, media folks speculated what might be inside. One voiced the hope that someone had the foresight to include some original Microsoft stock certificates.

To help people understand its contents was a man named Rod Kauffman, a former Space Needle employee who had been in charge of pulling the time capsule together back in ’82. When asked what the Needle should put in a new time capsule if they do another one, he said, “something valuable.”

This, of course, is the crapshoot of time capsule contents. If you put something too valuable inside — like gold — it is likely to be robbed before its opening date. Yet mundane contents can be a letdown for those who open them. On the other hand, treasures like the one-of-a-kind Graham pencil drawing are unique and historic, a wonderful addition to the history of the Needle’s design. Too, the letters from employees and VIPs could yield anecdotes and insights of value to historians.

Dave Mandapat, the Needle head of public relations, says a new time capsule is being considered for 2018, and the 1982 capsule could be reinterred to make the journey to 2062 for the Needle’s centennial.

Anyone want to volunteer to put some Amazon stock in?