The impact of white spaces on Black identity 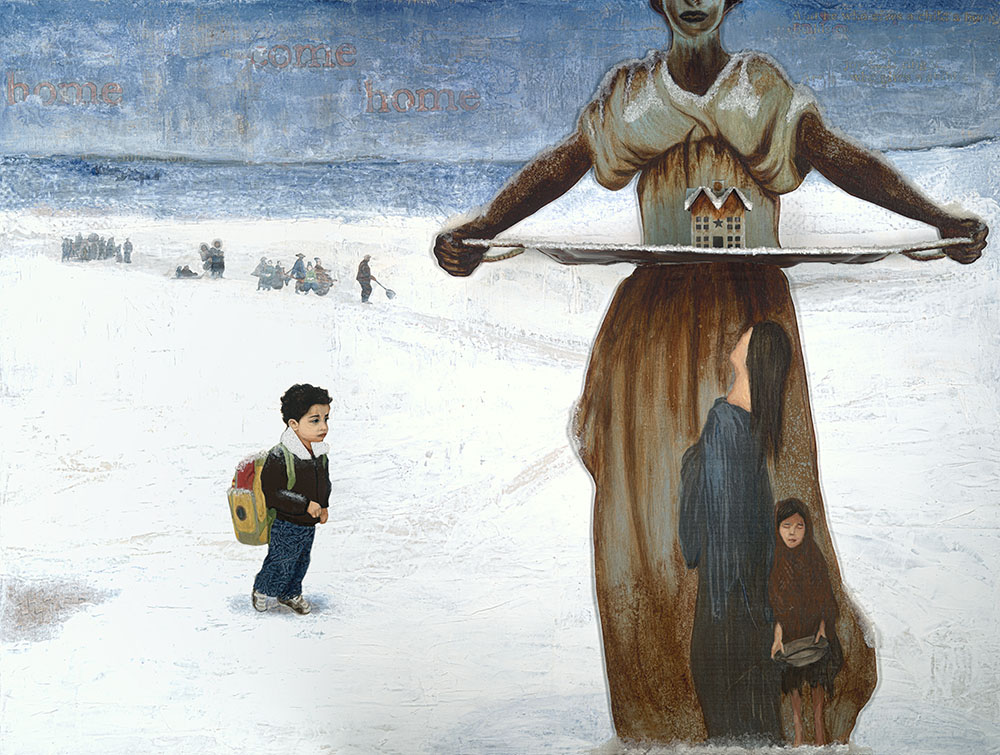 “Lisa Myers Bulmash. No hyphen. I like to do things the hard way,” she says with a chuckle at her defiance.

A UCLA English Lit major and former broadcast journalist, Myers Bulmash is still a storyteller but her media now is soulful triptych, sculpture and collage. She gives new life to found objects through her creations. It’s part of her commitment to sustainability and stewardship, and a tenet of her creative expression.

There’s an unfolding self-inquiry and a strategic beckoning in her work, which is on display in her first solo show, You’re Not from Around Here, Are You?, at Seattle’s Northwest African American Museum. Ever feel like a stranger in your own neighborhood? You’re Not from Around Here explores the influences and impacts of overwhelmingly white spaces on Black identity. “One thing about being an artist,” explains Myers Bulmash, “you’re constantly solving problems.”

In her show, the lived experience of “otherness in America” is depicted in, and countered by, St. Felicia, a loc-wearing, barefooted, badass creation described by Myers Bulmash as “this Northwest saint who’s an independent woman and unapologetic about who she is.” (Her name is a playful homage to the phrase “Bye, Felicia” first uttered by Ice Cube in Friday.) St. Felicia: Slayer of Fools and St. Felicia:Defender of Personal Space are unique in their components, symbolism, boldness and messaging. Each aspect of the icon represents the power to dismiss dismissiveness, to exclude exclusion and to zealously guard against the whitewashing of people of color identities. St. Felicia responds to the subtle but distinctive othering encountered by persons of color in the Pacific Northwest, even in tight circles.

Myers Bulmash is “respectful”— her words — in the treatment, portrayals and ideas about religious iconography. Raised Baptist, religion is part of who she is.  “But not all-consuming,” she says. “Although I still consider myself a Christian, I’m married to a Jewish American guy.” She lives in Snohomish County with her husband and two biracial sons.

Her art-making first began as a way to grieve the loss of her father in 2006, which happened just a few weeks before her son's first birthday. She felt an intense need to protect her son physically, psychologically and emotionally. She also felt there wasn’t much available in popular culture about the particular set of challenges in raising a Black and Jewish son.

She began studying genealogy. She also took to visiting a West Seattle craft supply store where she took classes in art stamping and discovered a new part of herself. “I realized that art stamping is my gateway drug!” The art stamping led to her mixed media art, a layering of paper shapes, colors and textures. In her art, she explored both the challenge of raising mixed race children and the challenges they face growing up.

The topic of social justice also drives the artist. A couple years ago, Knute Berger wrote a story, Confederate Symbols Also Blight the Northwest, which inspired her collage titled “One Nation, Under Reconstruction.” Using layered imagery and photo transfer techniques, the piece portrays Black captives shackled together at their necks, under the watch of white slavers.

You’re Not From Around Here, Are You? is a synthesis of experience that will appeal to newcomers and to those who have lived here for years. “It’s for misfits,” the artist says, “and for those looking for a place. I want straight, gay, and non-Black people of color to see themselves in it.” Myers Bulmash invites you to “come find your people” in her show. 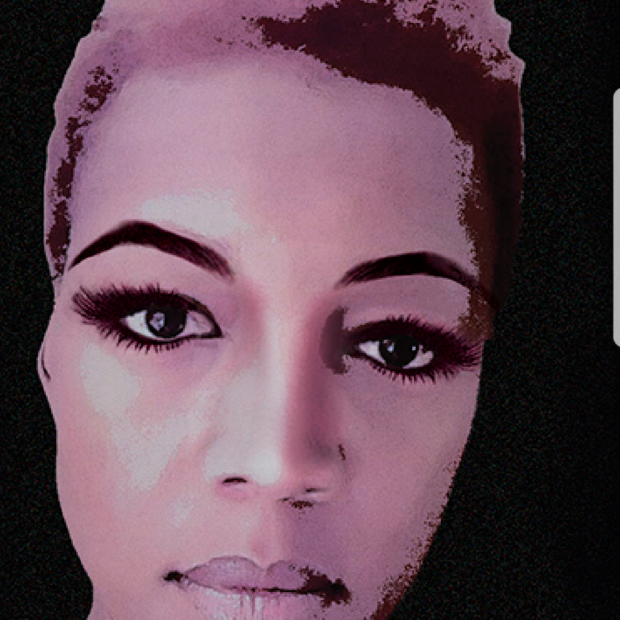 Carla Bell is a Tacoma-based freelance writer whose work focuses on civil and human rights and culture and arts.