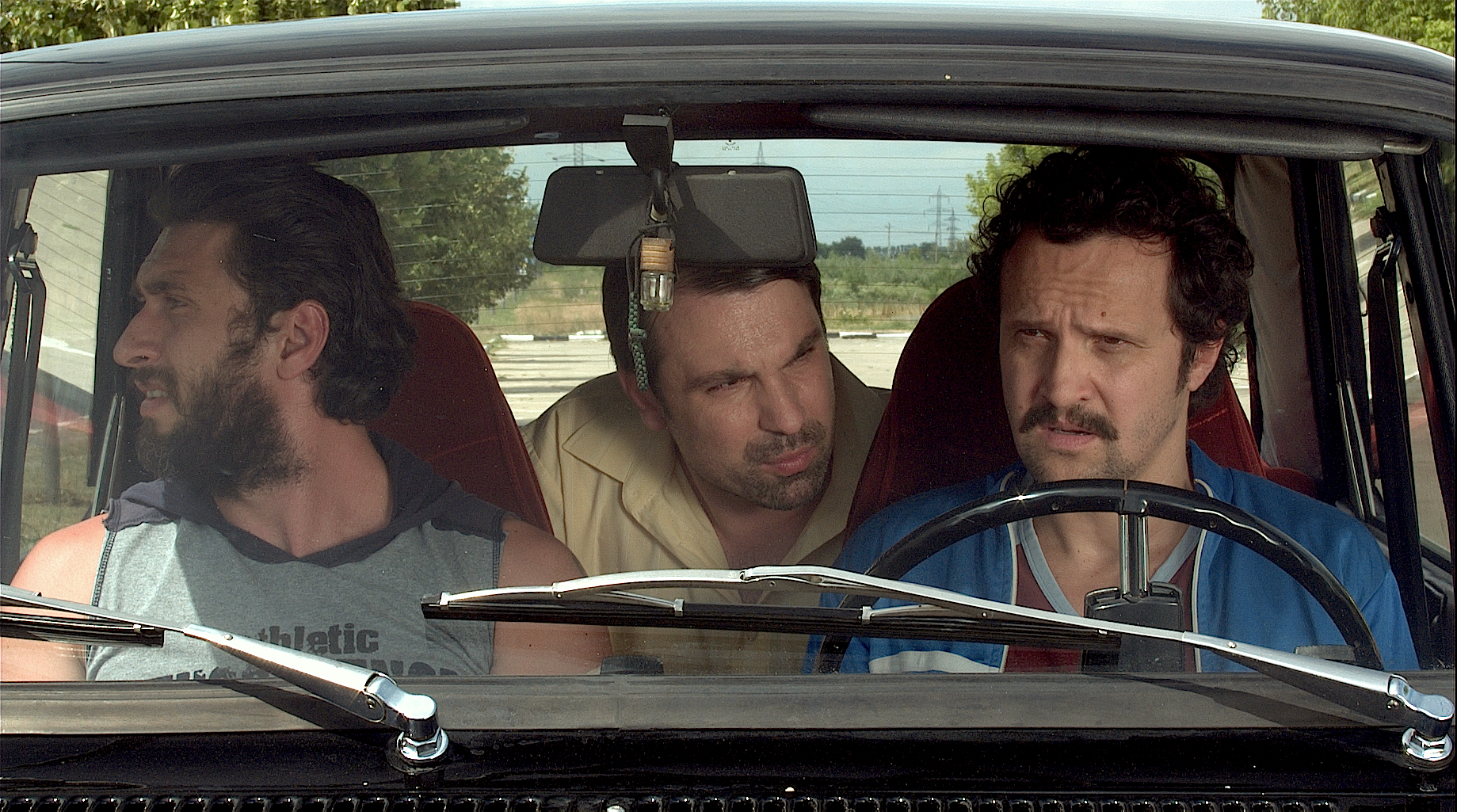 Two Lottery Tickets, an indie production that became a surprise box office hit, will screen at the Romanian Film Festival.

Since 2014, the American Romanian Cultural Society (ARCS) has been hosting the Romanian Film Festival, giving local Romanian-Americans a place for community and everyone a taste of the array of films that come out of Romania. This year’s festival, “One Eye Laughing, One Eye Crying: Tales from Afar” opens on the lighter side with Two Lottery Tickets, a fun indie production that became a surprise box office hit. This Baba, a film from the neighboring country of Bulgaria, tells the true story of an aspiring singer and grandma who moves to the U.S. to take care of her grandchildren, and ends up releasing her first CD. Plus, Baba will be in attendance! Also featured is Sieranevada,  the latest from director Cristi Puiu, considered the godfather of New Wave Romanian Cinema; professor and Puiu scholar Monica Filimon will be in attendance. It’s the perfect weekend for a film festival (or two).

Dinner Party Download is the work of Rico Gagliano and Brendan Francis Newnam, who every week combine culture and conversation with guests, music and, of course, food. It may seem like a recipe for too much, but instead it’s just right. Named by Wallpaper Magazine as “one of the top 40 reasons to live in America,” this marks DPD’s first live show in the Pacifc Northwest and also one of their last. So, savor a night with local writer Lindy West, Snap Judgment’s Glynn Washington, and singer Kyle Craft. If you fall in love, you have nearly 9 years worth of podcasts to listen to.

Perhaps my favorite film festival of the year, the Social Justice Film Festival culls films from across the globe that educate, anger and inspire. The festival includes a handful of feature films, as well as shorter films, which makes for flexible programing and a really special audience experience. Some of the films that have stuck with me most have been shorter ones that lead up to the feature I was there to see. This year’s festival features Whose Streets?, a new documentary about the aftermath of Michael Brown’s death in Ferguson; And Then They Came for Us, a film about the past and present of the 120,000 Japanese-Americans forced into internment during WWII; and Called to Rescue: Redefining Our Barnyard Story. Another film I’m particularly looking forward to is Trigger: The Ripple Effect of Gun Violence and Immigration Night, which will showcase six short films, capturing perspectives from around the world.

The Toklas Society, named for Alice B. Toklas who is a cookbook author and partner of Gertrude Stein, brings together Seattle women in the hospitality and food industry. It’s a platform for women to find opportunities and support — and share their experiences. This Friday, Mean Sandwich hosts Alison Roman, former senior food editor at Bon Appetit Magazine, and cookbook author of the new Dining In. She’ll be in conversation with Suzi An of the highly-anticipated Chinatown-ID natural wine shop Vita Uva and Alex Pemoulié of Mean Sandwich. Tickets include a sandwich, side (inspired by Dining In) and a Ramona Wine Cooler.

A note about Mean Sandwich: a few months ago, I woke up to a text from my friend in NYC that said, “have you been to Mean Sandwich?” The Ballard shop, located on Leary, near the Ballard Bridge, makes a rare sandwich that is special — so special, in fact, that it’s garnered national attention. The menu is short but perfect. Check it out at this event!

The theme of this year’s TEDxSeattle conference is Changing Places, asking “what can we do to shape [our changing city] for a positive future?” Each of the speakers in McCaw Hall will answer that question in their own way, with UW senior and entrepreneur Charlie Swan talking about the Hyperloop, which could take people from Seattle to Portland in 20 minutes, Rex Holhbein and Jenn LeFreniere of the BLOCK project, which has an innovative approach to ending homelessness, and Jim Haven, who will give us a reason to Look Up, and appreciate the night sky. Per usual, it’s sure to be a day of inspiration and awe. It's also a wonderful way to get connected with people doing projects related to your interests or passions.