Whitman 'Massacre': Are we past the whitewashing of history? 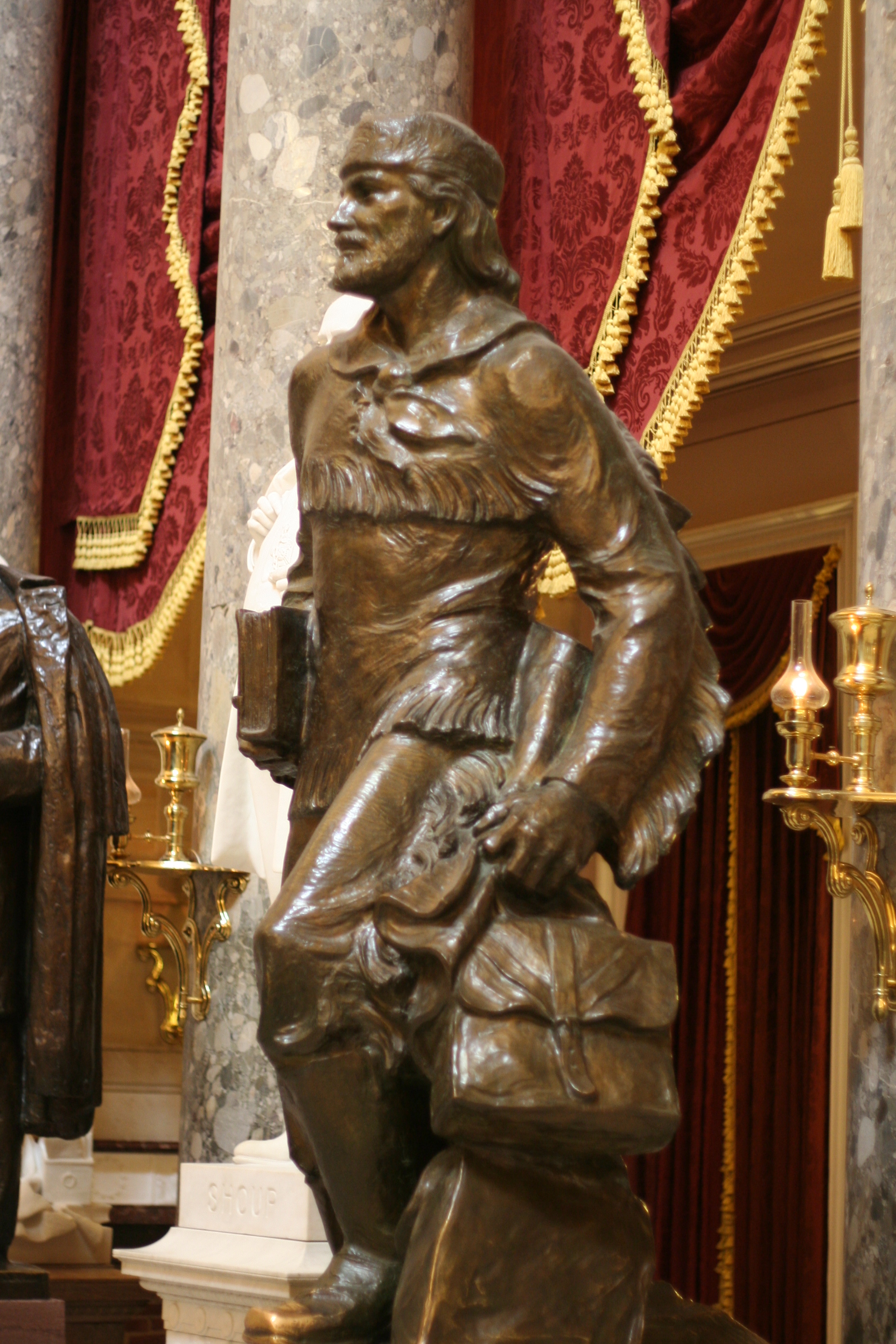 A statue of Marcus Whitman represents Washington state in the National Statuary Hall in Washington, D.C.

Marcus Whitman was a Protestant missionary who might have faded into historical obscurity had not he, his wife Narcissa, and 11 others been killed by Cayuse Indians at his mission at Waiilatpu, near present-day Walla Walla, on Nov. 29, 1847 — 170 years ago. Instead, he became one of the most memorialized figures in Washington state history.

A county, a college, a national forest, half a dozen public schools and numerous other enterprises — from an upscale hotel in Walla Walla to a church in Des Moines — carry his name. His former mission is a national historic site.

His statue stands in the National Statuary Hall in the Capitol Building in Washington, D.C., 9 feet of gleaming bronze on a 7-ton block of granite, depicting a muscular, buckskin-clad frontiersman with a ripped torso and linebacker thighs. He appears to be striding resolutely along an unbroken trail, one foot higher than the other, buckskin fringe and kerchief flying, a Bible in one hand, saddlebags and a scroll in the other. If the National Statuary Hall had a hunk contest, he'd be the winner, hands down.

The statue embodies Whitman's place in the mythology of the West, not the realities of his life. The only feature that can be verified as historically accurate are the saddlebags, which were copied from a pair used by Whitman when he was an itinerate physician in upstate New York. He left them behind when he was commissioned as a missionary in 1835. They ended up a century later in the collections of the Presbyterian Historical Society in Philadelphia.

Sculptor Avard Fairbanks, who was commissioned to create the statue in 1950, studied them when he was designing what is otherwise a fanciful depiction of Marcus Whitman. Even the quotation carved into the granite pedestal — "MY PLANS REQUIRE TIME AND DISTANCE" — is a paraphrase of something Whitman wrote, not his exact words.

The bronze Whitman was unveiled on May 22, 1953. More than 300 people attended the ceremonies, including most of Washington state's congressional delegation, dozens of other dignitaries, four distant descendants of the Whitman family and one dove, which flew in through a window and fluttered around throughout the services. U.S. Supreme Court Justice William O. Douglas, a graduate of Whitman College in Walla Walla, gave the main dedication speech. In his remarks, Douglas displayed none of the sensibilities that later made him a liberal icon.

He described Whitman as a “dynamic man of boundless energy” who "brought thousands into the region beyond the old frontier.” Like most of the other speakers, he emphasized Whitman’s role in promoting the settlement of the West by whites; praised his vision and fortitude; called him a martyr; and deplored the “treachery” of the Indians who attacked him.

Washington Gov. Arthur Langlie was not able to attend, but sent word that Whitman had made “tragic sacrifices,” had “died a martyr,” and that “America honors itself by honoring him.”

This is the version of the Whitman story that I was introduced to as a sixth-grader in Seattle in the mid-1950s — and that, even as America debates Confederate statues, still lives on at some level as an unreconstructed version of the state’s past. Marcus and Narcissa Whitman were brave, noble pioneers who came West to "save" the Indians and open up the Oregon Trail.

It was never clear to me what the Indians were being saved from, or whether they wanted to be saved, or what they thought about the missionaries, or why they attacked the mission, but they were not really part of the story that we were told. The focus was on the white people. Marcus was strong and handsome; Narcissa was beautiful and saintly; they were “massacred” by brutal, ungrateful “savages.” I was left with an indelible image of Narcissa's long, white throat being slashed by a knife, sending a river of blood down the front of her billowing gown.

Actually, she was shot, but memory and story and history and fact have a fluid relationship. In the decades immediately after their deaths, the Whitmans were virtually canonized as Christian martyrs who had devoted themselves to saving the souls of “the heathen.” By the 1890s, the emphasis had shifted from their efforts to Christianize Indians to their role in “opening” the West to settlement by whites. This was the narrative that prevailed until well into the mid-20th century.

In the words of a brochure distributed by the National Park Service at the mission site in 1958, “The work of the Whitmans at this mission places them with the noblest of the pioneers colonizing the West. Their indomitable spirit, energy, and determination carried the American flag to remote regions and contributed to our national expansion."

The Cayuse version of this history is difficult to recover. For one thing, documents produced by the missionaries, settlers, visitors and government agents far outweigh those recorded by indigenous peoples. The story has been filtered through white observers and shaped by what scholars call “the politics of memory.” As Ari Kelman noted, in a book about what was once known as the Battle of Sand Creek (it was invariably a “battle” when whites killed Indians), “societies create historical narratives or rituals to suit contemporary political or cultural conditions.”

The initial Euro-American narrative, or “memory” of the Whitmans, with its emphasis on their religiosity, reflected the evangelical values of dominant voices in the mid-19th century. By the end of the century, after two major economic crises and associated social and political upheavals, a new version emerged. Grounded in nostalgia for an idealized past, it celebrated the Whitmans as heroic pioneers who had helped a young, expansionist nation realize its dreams of “Manifest Destiny.”

This message was reinforced by a series of commemorative events, beginning in 1897, on the 50th anniversary of the attack, with the dedication of a mausoleum and obelisk at the mission site. Numerous other monuments, plaques and roadside markers were in place by 1936, the centennial of the Whitmans’ arrival in Oregon Country, when Congress created the 46-acre Whitman National Monument (later renamed the Whitman Mission National Historic Site) at Waiilatpu. The campaign to install a bronze Whitman in the National Statuary Hall began in 1947, on the centennial of what was still widely known as the Whitman Massacre.

A competing narrative, one that included the perspective of native peoples, began to develop in the late 1960s. Books like Dee Brown’s Bury My Heart at Wounded Knee and films like Soldier Blue and Little Big Man helped focus public interest on uncovering the history of the West from Indian points of view. By the 1980s, the halo of martyrdom had slipped from the Whitmans.

The National Park Service, which operates the Whitman National Historic Site, stopped commemorating the annual anniversary of the attack on the mission; redesigned its displays to give more attention to the Cayuse and a more balanced assessment of their interactions with the Whitmans; and phased out the use of the word “massacre” in favor of more neutral language. The word appeared five times in a four-page brochure distributed by Park Service in the late 1950s. In contrast, it was not used at all in brochures available in 1997, the 150th anniversary of what instead was called the “Tragedy at Waiilatpu.”

The revisionism has been particularly pronounced at Whitman College, a top-rated private school in Walla Walla, founded as an academy in 1859 by one of Whitman's fellow missionaries. In 2016, the school dropped its longtime mascot name — “the Missionaries” — in response to complaints from students and others that it was non-inclusive, imperialistic and a symbol of white supremacy (to say nothing of being easily mocked and not terribly intimidating).

The college's Indigenous People's Education and Culture Club condemned the "misleading romanticism" that depicted the Whitmans as “white martyrs whose deaths justified the United States' invasion of the inland Northwest and the killing of Native Americans.” Editors of the student newspaper, The Pioneer, announced they would change the paper's name.

“We view this decision as one piece of a larger movement on Whitman’s campus to reckon with symbols and markers that venerate colonial settlers,” declared the editors of what is now The Whitman Wire. “As student journalists, we can no longer deny that our name promotes and celebrates their harmful legacy.” Meanwhile, students at the University of Washington demanded that Whitman Court, in the northeast corner of the Seattle campus, be renamed because it honors a man who promoted “indigenous genocide.”

Some six decades after Whitman took his place in Statuary Hall, there were calls for his eviction. A Seattle Times columnist wondered whether a man who had died more than 40 years before Washington was even a state is “the best we've got.” One suggestion for a replacement came from University of Washington history professor John Findlay: Billy Frank Jr., a Nisqually Indian fishing activist who died in 2014 at age 83, after a lifetime of working to protect the treaty rights of Northwest tribes.

The past is a moving target, filtered through perspectives and values that shift over time. Monuments and memorials reinforce and elevate particular narratives, but competing narratives lie beneath the surface, never fully suppressed. Call it the plate tectonics of memory. It means that heroes and martyrs stand on shaky pedestals, even when, as in the case of Marcus Whitman, the pedestal is a 7-ton block of granite. 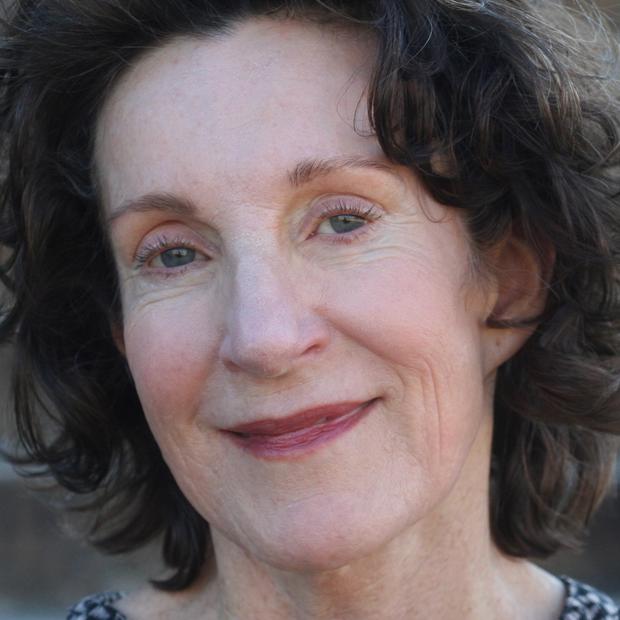 Cassandra Tate, a Seattle writer and staff historian at HistoryLink.org, is working on a book about the Whitmans and the Indians, tentatively titled “Fatal Mission.”