Are restaurants cheating on sales taxes? 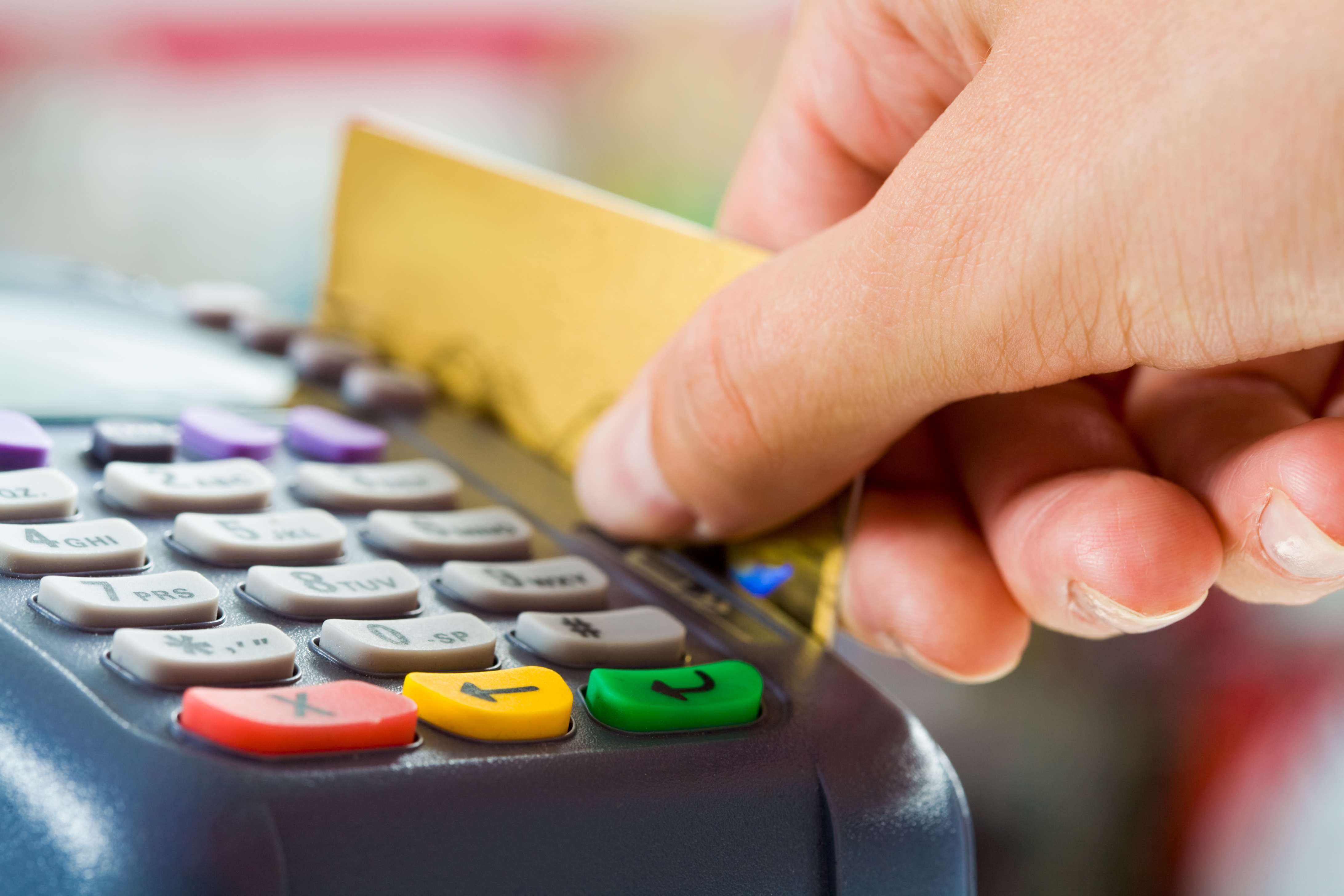 A person swiping a bank card on a credit card machine in a restaurant.

When a Bellevue restaurant owner pleaded guilty this summer to using illegal software to cheat on his state sales taxes, it was the tiniest tip of a global scourge of high-tech cheating that has apparently proven hard for authorities in the United States to uncover.

The Washington Attorney General’s Office announced on Aug. 30 it had secured the conviction of a restaurant owner — Yu-Ling Wong, who owns “Facing East” in Bellevue — of using special software to cook its books to dodge paying all of its state sales taxes.

It was the first conviction involving such software in the country, the Attorney General’s Office said at the time. Wong agreed to pay $300,000 in restitution. The salesman who sold Wong the illegal software — John Yin of Everett — had already entered a guilty plea in federal court in late 2016, and received a sentence of 18 months in April.

What was left unsaid in the Facing East case is that there are potentially more Washington restaurants that are suspected of doing the same deed, according to federal court records. The state could pursue those potential cases criminally, civilly or administratively.

While Washington is the first state to prosecute a case involving the software, the likelihood of other cheating with software is so high that a national expert recommends an amnesty period so states can work with businesses to get on top of the still-evolving problem. Recently, some of the selling of the software has moved to the so-called “dark web.”

The Attorney General’s office and the Washington Department of Revenue both declined to say if other cases are in the works. But the court records on Yin’s cases allege that eight more restaurants, all unnamed in the documents, have not declared a total of $8.2 million in income and have not paid $758,977 in state sales taxes and about $4.5 million in various federal taxes. And, when the investigation first came to light last year, KIRO 7 News reported that the state was looking at the other restaurants.

Facing East’s delinquency was greater than any one of the other restaurants — $3.5 million in undeclared income, $394,835 in unpaid state sales tax and $515,488 in various unpaid federal taxes, according to court records.

A Boston University law professor who studies sales-tax-suppression software speculated to Crosscut that this so-called “zapper software” could be present in up to 30 percent of the electronic cash registers in the nation — a figure reached by extrapolating from Canadian and European cases. In Canada, the province of Quebec alone has tallied about 250 cases.

Canada was actively pursuing zapper-software fraud for about 15 years before the first American investigation into this type of fraud began in 2014, said Richard Ainsworth, a Boston University law professor who has studied this issue for more than 10 years. After the Washington case was closed, the FBI obtained a conviction in a larger investigation that began in Chicago involving more than $9 million in hidden income and nonpayment of more than $1.1 million in Illinois sales taxes. Since then, other cases have shown up in Minnesota and Connecticut.

Ainsworth is currently trying to figure out how much money is going unreported to state and federal governments because of zapper software. He speculated that figure could be several billion dollars.

When activated, zapper software, also called “phantomware,” removes some cash sales from being recorded on an electronic cash register. Therefore, the elimination of the cash sales translates to less sales tax revenue and more profit for the business.

“This is the high-tech version of having two sets of books. It's a new twist on an old problem,” Gale Garriott, executive director of the Federation of Tax Administrators, told Bloomberg News.

In a routine 2015 audit of Facing East, the department spotted a significantly low amount of cash sales, Chertude said. The Bloomberg News story said the audit showed “a 7 percent level of cash sales for [Facing East] between the years 2010 and 2013. The 7 percent level contrasted with industry standards of between 22 percent and 30 percent.”

As part of the investigation, state revenue auditors dined at Facing East a few times and paid in cash. When they later checked Facing East’s records, their meals did not show up in those records.

The restaurant industry, according to Boston U’s Ainsworth, is ripe for this type of fraud because food cannot be inventoried as precisely as items such as clothes. Restaurant food frequently gets spilled, thrown away or imprecisely measured. Consequently, a restaurant can serve only 40 hamburgers according to the cash registers, despite having used 50 hamburgers’ worth of beef, and no one would be suspicious.

However, the entire retail industry is a potential target for zapper software, Ainsworth said.

Twenty-six states, including Washington, have some type of laws against sales-tax-suppression software — with enforcement lagging behind the law books. Zapper software has been illegal in Washington since 2013.

In a 2016 American Law Review article, Ainsworth noted that a Quebec software programmer sold zapper software to 28 restaurants in 2002 and 2003. Later InfoSpec’s Profitek zapper software was suspected of showing up in Winnipeg, Manitoba, and British Columbia. “If the InfoSpec/Profitek system and its associated zapper crossed the U.S./Canadian border during the Canadian litigation, it would mean that this fraud was present and remained undetected in the United States for approximately 15 years. This is a long time for fraud to remain hidden in the U.S. market,” Ainsworth wrote.

In an interview with Crosscut, Ainsworth said zapper software showed up first in Europe and Canada because of their high sales-tax rates. Canada’s rate is 15 percent, and much of Europe is at 27 percent. According to a Tax Foundation report this year that looked at combined local and state tax rates In the United States, Washington had the fifth average highest rate, at 8.92 percent. In Seattle and King County, however, local and state taxes now run 10.1 percent.

But zapper software is entering a new stage by using the hard-to-track part of the internet known as the dark cloud. In this phase, sales data is sent overseas to servers that do the cheating, and then send the revised information back to the original cash register system. In his American Law Review article, Ainsworth wrote: “In this type of situation, both sales records and the zapper would be located in the cloud, making it considerably more difficult for an auditor to find. As technology advances, technology-assisted sales suppression will also inevitably increase.”

In the interview, Ainsworth suggested that this new wrinkle can be combated by state laws requiring an electronic cash register system to immediately record and permanently store all transactions that happen and keep that record at the original business prior to sending data sent elsewhere — essentially requiring two copies of revenues that would have to be reconciled.

He also suggested states provide an amnesty period for businesses to find out if their cash register systems have zapper software. Another Ainsworth suggestion is to have the state check and certify a cash-register system as free of zapper software when it issues a new business license.

In his American Law Review article, Ainsworth wrote: “Technology-assisted sales suppression fraud differs fundamentally from traditional tax fraud. The technology at the heart of this fraud needs to be dealt with directly, and most likely with counter-technology.”

The question now is whether the good guys can catch up to the bad guys in zapper software.

This story has been updated to correct current rates in Seattle.