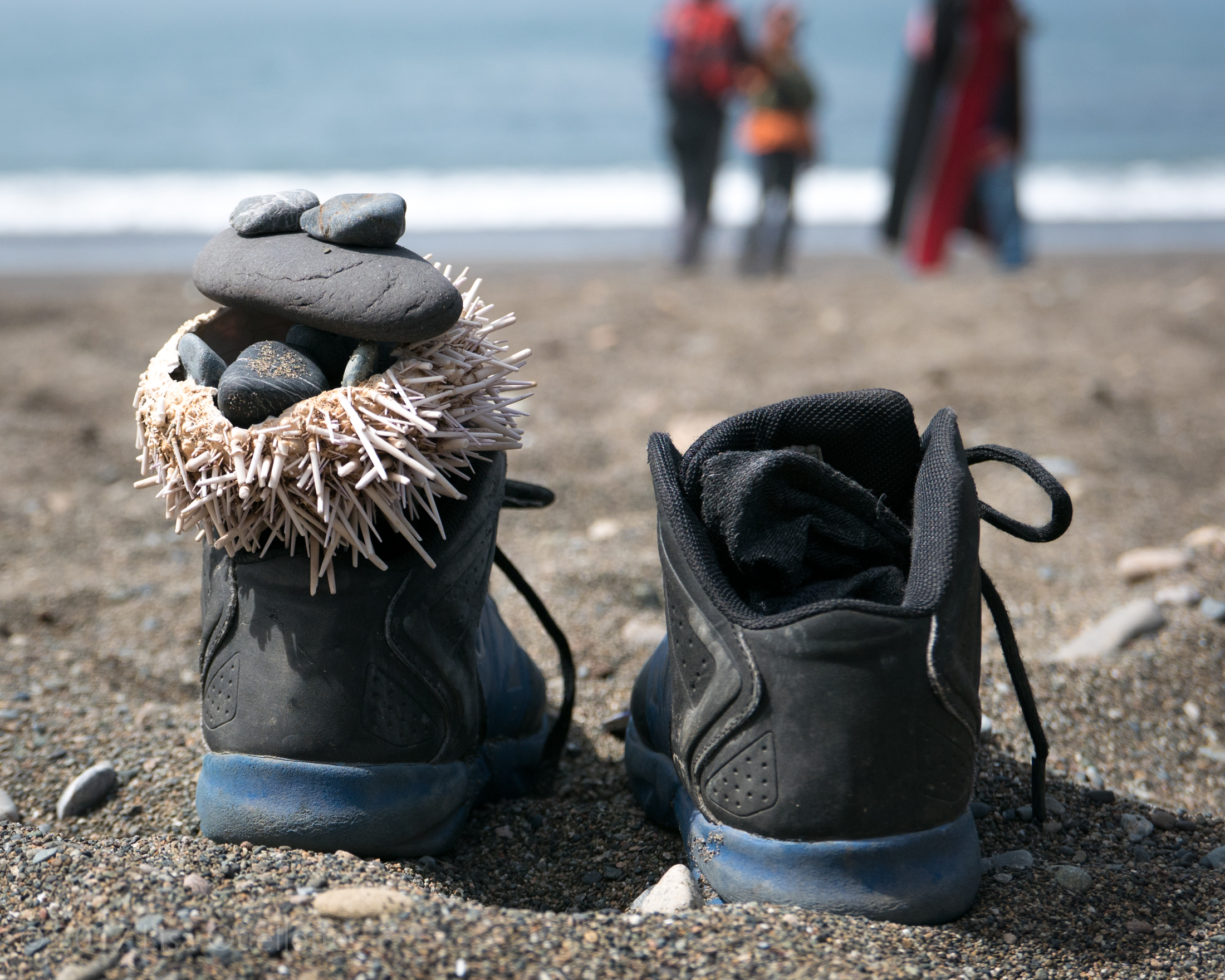 A child's shoes sit on the beach at Fort Ross Alaska Native day.

Congress has yet to reenact the Children’s Health Insurance Program and states will soon run out of funds to prop up the program. That will mean that thousands of American Indian and Alaska Native children will lose their health insurance. The result is the Indian Health Service will have to stretch its already thin dollars to try and cover the budget hole.

The Children’s Health Insurance Program, or CHIP, expired Sept. 30. This federal program insures young people and pregnant women who make just enough money not to qualify for Medicaid (but can’t afford private insurance). The idea is to make sure that every child has the resources to see a doctor when they are ill.

It’s hard to break down precise numbers because agencies lump funds from CHIP into Medicaid data. But we do know that the law worked really well. We also know there are more than 216,000 children that have health insurance because of Medicaid and the CHIP. Indeed, Native American children rely on Medicaid and CHIP at much higher percentages than other population groups.

Overall the uninsured rate among non-elderly American Indians and Alaska Natives fell by 7 percentage points from 24 percent to 17 percent, according to the Kaiser Family Foundation.

This is a big deal and here’s why: The Indian Health Service is a health care delivery operation that works best when insurance (third-party billing in government-speak) pays for the medical costs. Medicaid, CHIP, Medicare and other third-party billing now accounts for 22 percent of the IHS’s $6.15 billion budget.

But if CHIP is no longer funded (because Congress did not reauthorize the legislation) then the Indian Health Service will have to make up the difference. That means taking money away from other patients and programs. It will be a critical problem for clinics because by law dollars from third-party billing (or Medicaid and CHIP) remain local.

Alaska is the state most impacted by Congress’ failure to act because two-thirds of the children in the Native health system are covered by Medicaid or CHIP. Other states where there will be significant hits: Montana, North Dakota, South Dakota, Washington, New Mexico, Oklahoma, North Carolina, and California.

The House of Representatives passed a CHIP reauthorization in early November. But that bill included a $6.35 billion budget cut to other health programs, including the Prevention and Public Health Fund, which provides money for vaccines, smoking cessation, and other initiatives to improve public health. The House would also ban lottery winners from being insured by Medicaid, tighten the timetable for people to sign up, and to change other rules.

It’s unlikely the Senate will agree. But the Senate is not moving quickly to pass its own legislation. The Senate is too busy working out tax cuts that will benefit large corporations and the very wealthy.

Across the country, some nine million low- and middle-income children rely on CHIP for health coverage. And, according to The Hill newspaper, states have asked the Centers for Medicare and Medicaid Services for funding to hold them over in the interim, and the agency has awarded about $607 million in redistributed funds to states and U.S. territories. Tribes will also lose hundreds of thousands of dollars in CHIP-related grants.

Last month, Utah Republican Orrin Hatch, who chairs the Senate committee responsible, called CHIP a “top priority” that had bipartisan support. The committee passed the bill Oct. 2. But it’s up to Majority Leader Mitch McConnell (R-Kentucky) to bring the legislation to the floor for enactment. Then the House and Senate would have to iron out and agree on their differences before the bill can become law.

This story was originally published on Trahant Reports.