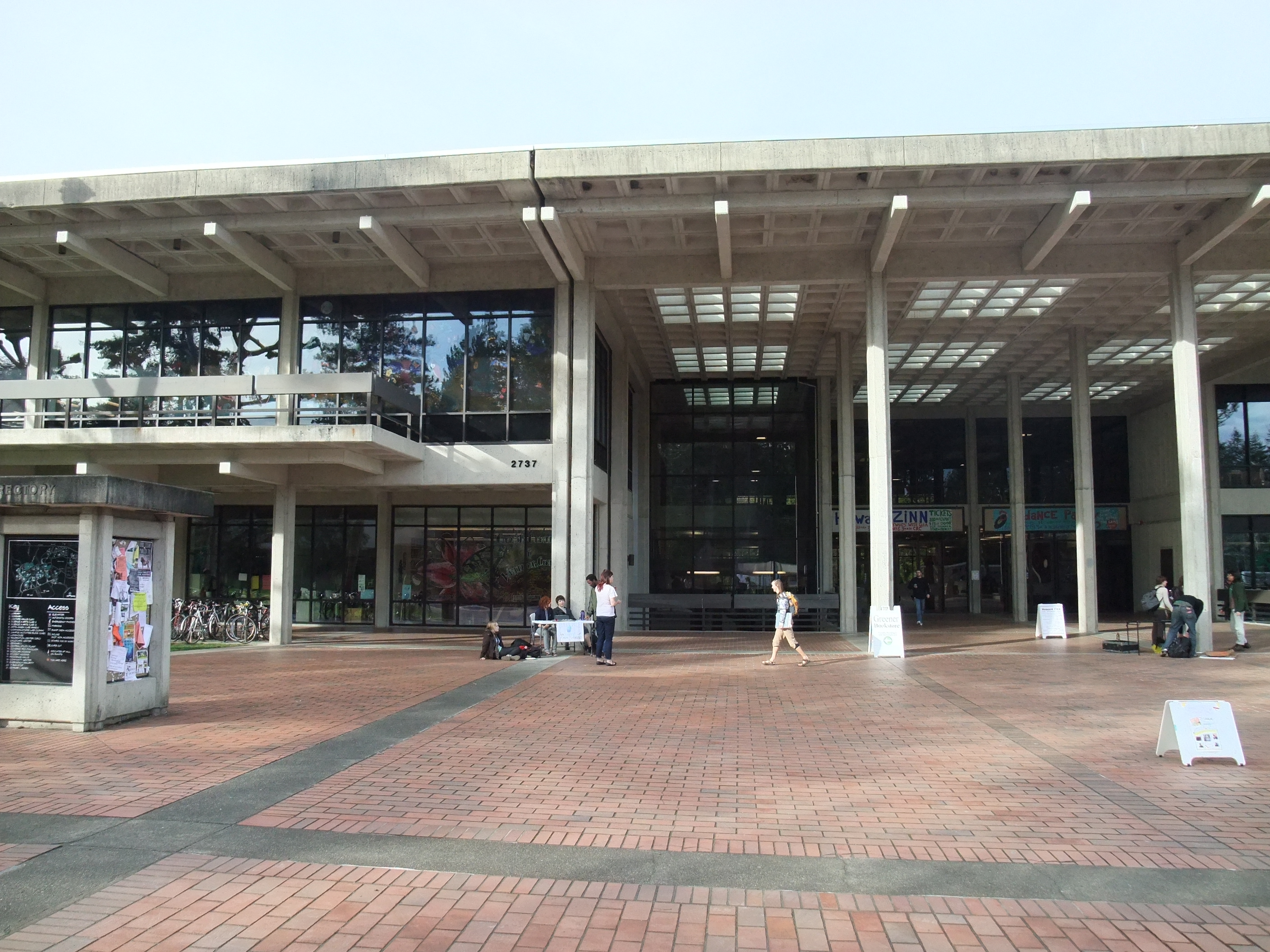 The Daniel J. Evans Library at The Evergreen State College in Olympia.

The bloodletting at Olympia's Evergreen State College continues in the aftermath of last spring's race-related protests with the resignation of an African-American faculty member.

As a condition of a $240,000 settlement reached with the school, Naima Lowe, a media arts professor and a key figure in the protests, resigned on Dec. 6. The settlement includes attorney fees and final pay, said Evergreen spokesperson Zach Powers. She is the sixth college staffer to leave the college in the wake of racial tensions on campus.

In a Facebook post, Lowe said she was "a ball of mixed emotions" after her resignation. "Mostly sadness that things couldn't and didn't work out differently," Lowe said. "The students there continue to amaze me," she said. "I'll miss getting to see more of their awesomeness up close and personal."

In a statement released on Monday evening, Lowe elaborated on her resignation, noting that "the issues that students of color, students with disabilities, low-income students, first-generation students, queer students and other marginalized students faced are real, complex and need to be addressed."

"I sincerely hope that Evergreen is able to move forward in its efforts to address those issues holistically and with an eye towards justice and equity," she wrote.

Love, who is also African American, and Lowe were both threatened and harassed online during and after the protests, forcing them to take a leave of absence.

In October, the school disciplined 80 students, including those who had violated the student code during the spring quarter's protests. Some students received warnings, while others were suspended. According to Evergreen President George Bridges, the student code of conduct is currently under revision.

In March, a series of emails between Love and former biology professor Bret Weinstein regarding the school’s annual Day of Absence/Day of Presence soon catapulted the public liberal arts institution into the national spotlight. On the school’s voluntary Day of Absence, students of color traditionally headed off campus to focus on issues of equity. But Love alerted faculty that this year’s event would be different: as a sign of “solidarity,” white students would go off campus to talk about race issues. Weinstein objected to the change, referring to the new format as “a show of force, and an act of oppression in and of itself” against whites on campus.

"On a college campus, one's right to speak — or to be — must never be based on skin color," Weinstein wrote in an email.

A couple of months later, Weinstein’s class was disrupted by a group of students. Video clips of the student demonstrations went viral. Students could be heard calling Weinstein a racist, demanding his resignation and insisting that he apologize to Love for chastising her about the school's annual Day of Absence. The next day, hundreds of students protested on campus. Weinstein further stoked tensions by appearing on Tucker Carlson’s FOX News show in a segment called “Campus Craziness.”

The college soon received a death threat, forcing the campus to close for three days. An individual had made an emergency call and claimed to be armed and headed toward Evergreen’s campus. Two weeks after the terrorist threat, Joey Gibson, the leader of a group called Patriot Prayer which is known for its alt-right views, held a free-speech rally on campus. Because of continued security concerns, Evergreen’s graduation ceremony was moved to Tacoma. (In an attempt to weed out groups like Patriot Prayer, the school recently adopted new policies regarding the use of college facilities.)

Weinstein eventually sued Evergreen arguing the school had failed "to set and enforce necessary boundaries in the workplace." In September, he resigned from the school as part of a half-million-dollar settlement. Stacy Brown, Evergreen’s chief of Police Services, also a target of student protesters, left in August. Heather Heying, Weinstein's wife, a biology professor at the school, resigned in September alongside her husband. And former women’s basketball coach Jennifer Schooler left the school last December. In October, two students sued Schooler and the school for discrimination, seeking $1 million in damages.

Some faculty and students, however, say that the protests on campus were instigated by events that go further back than the controversy over the annual Day of Absence. In May 2015, for example, Olympia police shot two African-American brothers, Andre Thompson and Bryson Chaplin, not far from campus. The brothers had allegedly shoplifted beer from a grocery store and assaulted an officer with their skateboards. One of the brothers was paralyzed for life. Concerns about police on campus also grew. Approximately 30 percent of students on campus are persons of color, according to Powers.

When students brought their concerns about racism on campus to the administration, the school responded by forming the Equity and Inclusion Council. Lowe, who had been teaching since 2010, was one of more than two dozen faculty and student members on the council. In November 2016, the newly formed council published a strategic plan, which called for creating an equity-driven curriculum and hiring more diverse faculty, among other goals. Weinstein criticized the panel’s proposals.

The spring protests on campus drew so much negative attention that some called for transitioning the school into a private four-year institution and directing public funding elsewhere. Republican state Representative Matt Manweller, a professor at Central Washington University who is currently under investigation because of a series of sexual-misconduct allegations, was among those who asked that funding for the school be cut.

Along with faculty departures, Evergreen State College, which was founded in 1967 as part of a wave of brand-new, experimental post-secondary institutions, has seen a decline in student enrollment. The school is currently home to 3,920 students. Hoping to better meet student needs, the college hired Chassity Holliman-Douglas in June as the school’s first ever vice president for equity and inclusion.

This story was updated on Tuesday with new information about the settlement.