On a beautiful and remote NW beach: Trash 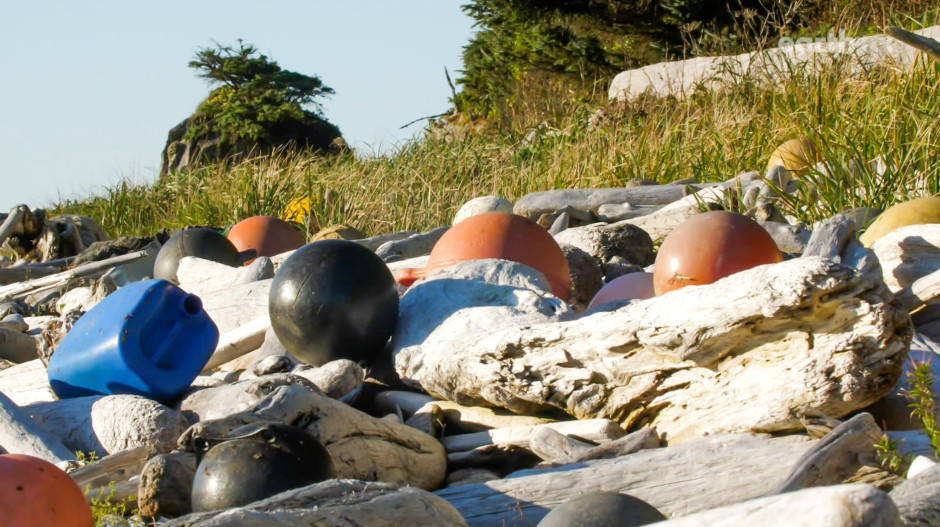 Derelict floats and other fisher gear make up some of the most visible marine debris dotting Pacific Northwest shorelines.

The story of a piece of litter doesn’t end at your curbside. Every year, millions of tons of trash find their way down storm drains and rivers to the ocean.

Ocean currents take over from there, carrying man-made stuff thousands of miles away to far-flung corners of the planet — even to places otherwise thought to be untouched by people. And that makes marine debris difficult to clean up.

Here’s what you need to know about the trash that’s piling up on Pacific Northwest beaches and around the world’s oceans.

How much marine debris is in the ocean?

Marine debris includes just about everything people might discard, but the vast majority of trash in the ocean is plastic, which takes hundreds of years to break down.

An estimated 8 million tons of plastic end up in the ocean every year, putting the total number of ocean-going plastic pieces in the trillions. This debris includes consumer goods, like plastic water bottles, and industrial equipment, like abandoned fishing gear.

Every country pollutes, but according to the Ocean Conservancy, about two-thirds of plastic junk in the ocean comes from five countries: China, Indonesia, the Philippines, Vietnam and Sri Lanka. Some of it sinks but much of it gathers in a convergence zone of ocean currents called “The Great Pacific Garbage Patch” or gets deposited along shorelines.

How does this affect you?

Large plastic debris can break down into small plastic particles known as microplastic. Then it can be ingested by organisms at the bottom of the food chain, and work its way up to our dinner plates. In the Pacific Northwest, scientists are already finding these microscopic plastics in shellfish.

While the consequences of microplastic ingestion are still being studied, the amount of plastic in our oceans keeps rising. By 2050, scientists expect plastic in the ocean to outweigh fish in the ocean.

“My concern is that we have a latent reservoir of products in the ocean that is basically our future supply of broken down microplastics,” said Peter Ross, an ocean pollution researcher at the Vancouver Aquarium.

What does the tsunami have to do with it?

The tsunami, which killed thousands of people, also released an estimated 5 million tons of debris into the Pacific Ocean. Some of that debris traveled across the ocean to the shores of Oregon, Washington, British Columbia and Alaska, where the marine debris is still being discovered today.

The disaster prompted cleanups along North America’s west coast. In Alaska and British Columbia an unprecedented effort required at least a $1 million from the Japanese government to cart off about 1 million pounds of debris — about half of which likely came from the tsunami.

“The tsunami helped bring awareness to the issue,” said Peter Murphy, who helped lead that cleanup for the U.S. National Oceanic and Atmospheric Administration, at the time. “But this is just a drop in the bucket.”

So, what else can be done about it?

Some U.S. states have adopted marine debris “action plans,” outlining ideas for plastic cleanup plans. One company, The Ocean Cleanup, has pledged to deploy new technology that will be responsible for “the largest cleanup in history.”

But most activists say that humans can’t collect their trash as quickly as they lose it, so the focus should be on prevention. Developing countries have pledged billions to invest in waste management systems to help prevent oceanbound waste. Locally, regulatory efforts have targeted single-use products like plastic bags and straws.