How I chronicled the story of an undocumented immigrant 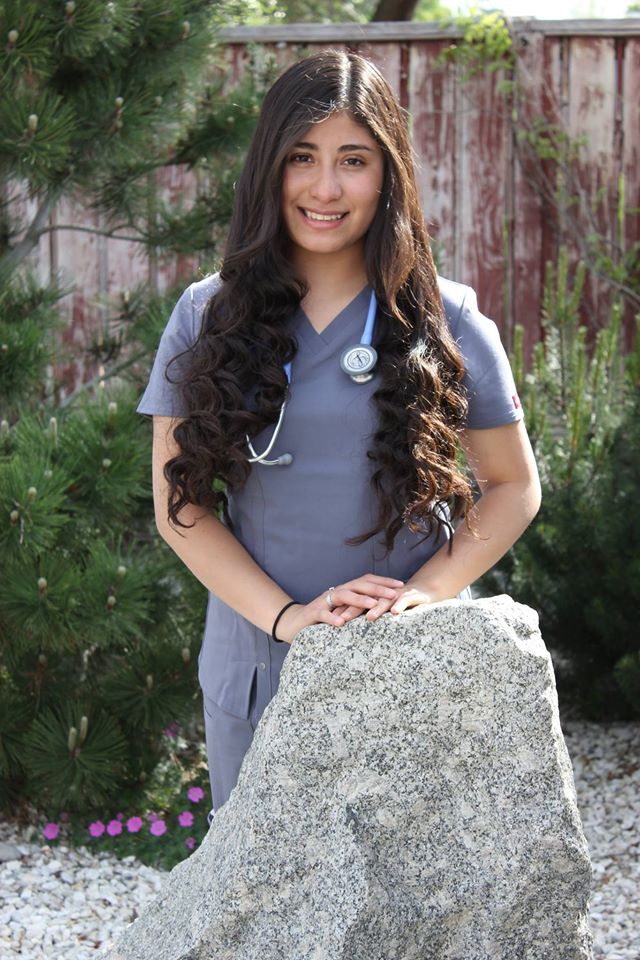 I didn't plan to meet Jessica Esparza every two years, but interesting changes kept happening in her life. Jessica is an undocumented immigrant, brought to the U.S. by her parents as a child. Our reunions have happened because of a broken immigration system and whipsawing political winds that first safeguarded Jessica from deportation, but now threaten to send her “home” to a country she hardly knows.

When we first met in 2013, Jessica was attending Big Bend Community College in Moses Lake, Washington. She was completing her associate’s degree and had her sights set on getting into the school’s nursing program.

At the time, I was producing a documentary for KCTS 9 public television called "Latinos: The Changing Face of Washington." She agreed to let me profile her for a segment called “I’m a Dreamer,” about young people who would benefit from a piece of legislation that is still being considered by Congress called the DREAM Act — short for Development, Relief and Education for Alien Minors. The act, which had bipartisan support, would have created a path to permanent residency and citizenship for people like Jessica who were brought into the country as children.

In the documentary, we told the first chapter of Jessica’s story: She was born in Durango, Mexico, and lived there until she was 11, when her mother brought her and a younger sister to the Eastern Washington community of Quincy, where her father worked as a farm laborer.

The transition was hard. In school, she was bullied because she spoke broken English. Jessica says her mother told her to “suck it up and focus on school.” She did.

Jessica was smart. Even with limited English-speaking skills, she excelled in the classroom, especially in math and science. By her senior year, she was in the top 10 of her class, with plans to attend the University of Washington. It didn’t happen. Her undocumented status barred her from receiving federal financial aid.

“It was heartbreaking,” she told me. “I cried a lot of nights about it.”

But she didn’t give up. Instead, she enrolled at Big Bend, working at a produce stand and earning unrestricted scholarships. “It sucked sometimes,” she told me later. “But maybe if I had an easy life, I wouldn’t be this person that I am today. I wouldn’t be as strong.”

The summer after we produced that first chapter, Jessica earned her associate’s degree and was accepted into Big Bend’s nursing program. The DREAM Act had stalled out in Congress, but the Obama administration had found a work-around — a program called Deferred Action for Childhood Arrivals, or DACA, that provided the "Dreamers" protection against deportation. Jessica qualified for DACA protections and dove into nursing school.

We kept in touch during her nursing school days, as she worked to keep her grades up and pay for school. Two years later, in June 2015, I returned to Big Bend with a KCTS 9 video crew to record her graduation as a registered nurse. We called our second chapter of Jessica’s story, "Dream Come True."

So, here we are in 2017. Much has changed in the past two years. In September, President Trump made good on a campaign promise to undo Obama-era “amnesties” for undocumented immigrants, announcing that he would rescind the DACA program, and giving Congress six months to come up with a replacement.

As I watched this drama play out on the national stage, I saw a post from Jessica on Facebook. It was a letter to the President, telling him how she felt:

“Dear Donald Trump,” she began. “Taking DACA away has been upsetting, frustrating and heartbreaking to say the least. But with or without DACA, I will continue to be the best nurse and person that I can be today.”

The letter was powerful, passionate and hopeful. It reflected the strength of a young woman who dreamed of becoming a nurse and of one day becoming an American citizen.

That letter inspired chapter three in Jessica’s story, produced in my new role as senior correspondent for both KCTS 9 and Crosscut. We traveled to Wenatchee, where Jessica has been working for the past two years as a registered nurse at Central Washington Hospital, and produced this piece, called "Dear Donald Trump: A Dreamer Speaks Out."

What does the next chapter hold for Jessica Esparza? That’s hard to say. Her future depends on Congress and whether it has the will to take action on immigration reform, an issue that lawmakers have been gridlocked on for many years. But momentum does seem to be building.

While President Trump kept his campaign promise to end DACA, he promised to “show heart.” “DACA is a very, very difficult subject for me,” he said.

And the move to rescind DACA received blowback from major businesses who employ many of the 800,000 Dreamers nationwide. More than 400 CEOs from leading U.S. companies — including Microsoft, Amazon, Apple, Facebook, Google, and AT&T — signed on to a letter voicing their support for DACA. A recent CBS News poll found 84 percent of Americans, including 74 percent of Republicans, favor keeping Dreamers.

Still, the clock is ticking. Congress has until March 6, 2018 to come up with a DACA replacement program. If the deadline is not met, 1,000 dreamers like Jessica Esparza will lose the protections provided by DACA every single day thereafter.

With her status in limbo, Jessica is fearful, but she tries to stay positive. “I feel like an American,” she says, “I contribute to this community, to this society and to this economy. This is all I know.”

No matter what happens, Crosscut and KCTS 9 will continue to tell the stories of the immigrant experience — stories that are made possible by the generosity of our readers and viewers, who are the heart of public media.