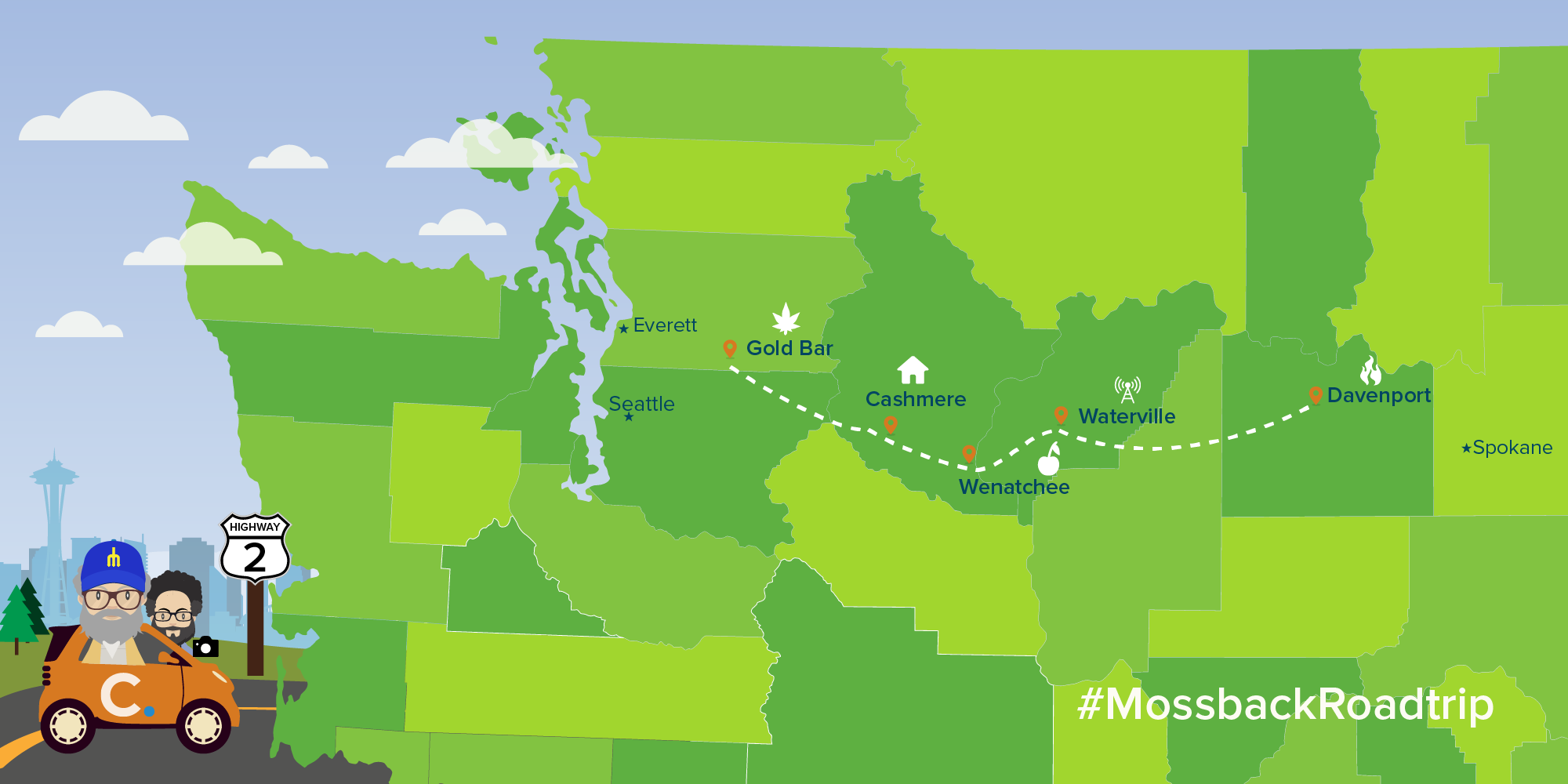 Highway 2 was the first highway to link Washington east to west and along it lies a cross-section of the state's ecosystems, economies and ways of life. So we sent Mossback columnist Knute Berger and photographer Matt Mills McKnight on a road trip along historic Highway 2 to reconnect with the state beyond Puget Sound. Each day of the week we will publish a new story about the towns they stopped by.

Why a Road Trip?

Ever since the November election and Donald Trump’s win, the Cascade divide has seemed bigger than ever. What are folks on the other side of the Cascade Curtain thinking? Crosscut felt it was time to get out of Seattle's big blue bubble and find out. Can a classic American road trip help us reach out and gain a better understanding? From the deep-green Skykomish Valley to the Waterville Plateau to the Idaho border, we spent a week exploring the state of the state of Washington.

Mossback learns the Skykomish Valley has an unusual number of Obama/Trump voters and that a new industry is emerging in the ruins of an older one. It involves growing green stuff.

Day Two: Behind the Scenes in a Tourist Town

Tourists know Cashmere as a place to buy tasty treats from Eastern Washington orchards, but beyond its visitor facade, the area is also facing housing challenges. We visit a new project that offers housing for migrant and seasonal farmworkers.

Day Three: Father and son in the orchards

Since the 1890s the Mathison family has farmed the Wenatchee hills. They've built an operation that supplies tree fruit to the nation. We went into the Mathison’s high-tech packing plant and its organic cherry orchard to learn the secret of the family’s continuing success in a changing, global economy.

On the Waterville Plateau, we learn about the power of power, and of water, open space and brilliant nights that city folk seldom see. This landscape was shaped by titanic forces; it can, in turn, shape and reset one's mindset in a region where your nearest "neighbors" might live miles away.

An innocent detour near Davenport to learn about the death of an Old West outlaw turned into adventure as a cattleman’s warning about wildfires turned into the real thing. What we heard and saw taught us something about the vulnerability of rugged landscapes, frustration with government and the power of volunteers watching each other's backs.

After a week on the road looking to reconnect in a divided state, Knute Berger learns that to forge more productive politics it's best to find some common ground. Showing up helps.