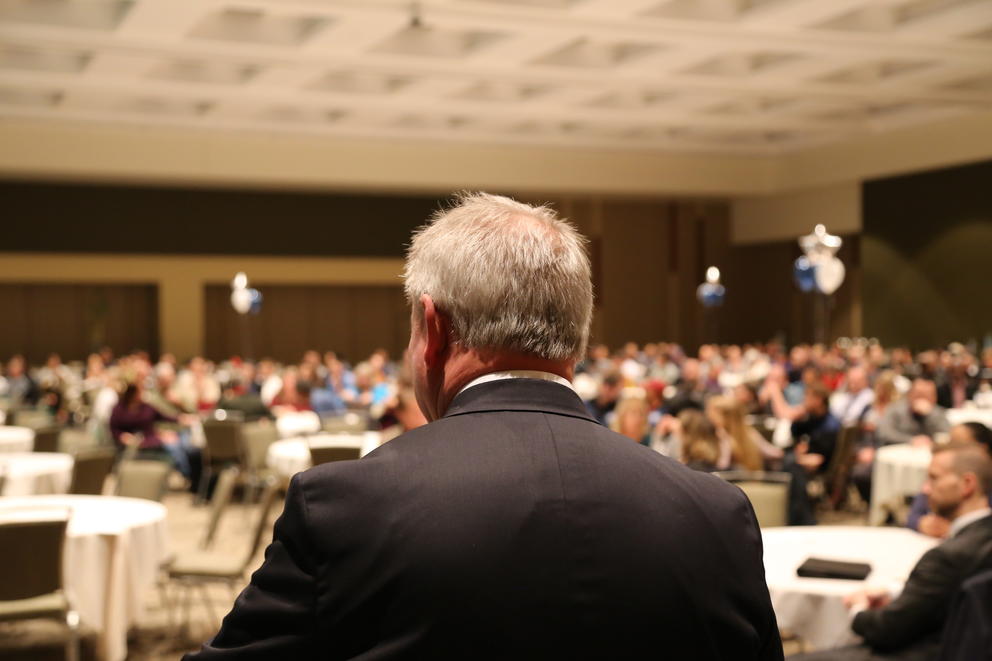 In a surprise, even to employees of Seattle City Light, Mayor Jenny Durkan said Monday Larry Weis, the CEO and General Manager of the massive utility department, had resigned. Durkan called the decision “mutual,” but was clear she was dissatisfied with how the department was being run.

“Running for office and looking at what changes need to be made in the city and looking at things, it was clear to me that City Light, one of the most important [departments], was somewhere we needed to make a change,” said Durkan.

“We’ve had challenges at City Light and we will be looking to overcome some of those, everything from billing to workplace environment,” she added.

The announcement, buried inside a press conference on the departure of police chief Kathleen O’Toole, marks the first time a department head is not being asked to continue by the new mayor. It's a dramatic turn of fortunes for the city’s highest paid employee, who was earning $340,000 a year. Weis was confirmed in the position less than two years ago.

“I can tell you, if we pay in a certain range, we expect certain performance,” Durkan said.

In the interim, he will be replaced by Customer Care, Communications and Regulatory Affairs Officer Jim Baggs, who also served as interim-director before Weis was hired.

News of his resignation was a surprise, not only to the press in the room, but to employees of Seattle City Light. Official notice went out only after Durkan had made the announcement. “Good Morning City Light employees,” reads an internal email provided to Crosscut.

“This morning at 11:30 a.m., Mayor Durkan made several announcements related to the membership of Cabinet, and City Light General Manager and CEO Larry Weis has subsequently resigned.”

The letter goes on: “Personnel changes are a routine part of any new mayoral administration. Through these changes, your City Light executive leadership team is committed to providing you with continuity and ensuring a smooth transition.”

Reaction from employees ranged from surprise to glee. “It's news,” said one employee. “Everybody here is in a bit of shock.”

“There is dancing in the aisles,” said another employee. This employee added, “We love [interim-director] Jim [Baggs]. He’s not a visionary necessarily but he’s good and competent and healing.”

Weis never got his feet under him as head of the utility department. Shortly after he was hired, the Seattle Times reported he’d been under a workplace investigation in Austin, Texas, where he’d been prior, over allegations of a toxic culture for women. Weis did not mention the investigation during his confirmation hearings. But he was exonerated.

The department also struggled with transitioning to new technology. The implementation of a new billing system ended up going $34 million over budget. And Crosscut reported the department had to pare back a portion of its new “smart meter” program to curb rising costs, an issue leaders did not bring to the City Council.

Last summer, Crosscut also reported that Weis had given himself perfect marks in his bid to receive an additional $30,000 in “performance pay,” which spurred the City Council into axing the option altogether during budget talks.

And Crosscut reported last week that the department has a backlog of more than 12,000 households from requests to close or transfer accounts.

The Stranger last month reported on widespread complaints of sexism in the Customer Energy Solutions division, accusations that mirror those made in Texas. While Weis was cleared, the Austin utility's communications director resigned.

In a statement, Durkan said she would conduct a national search for his replacement.